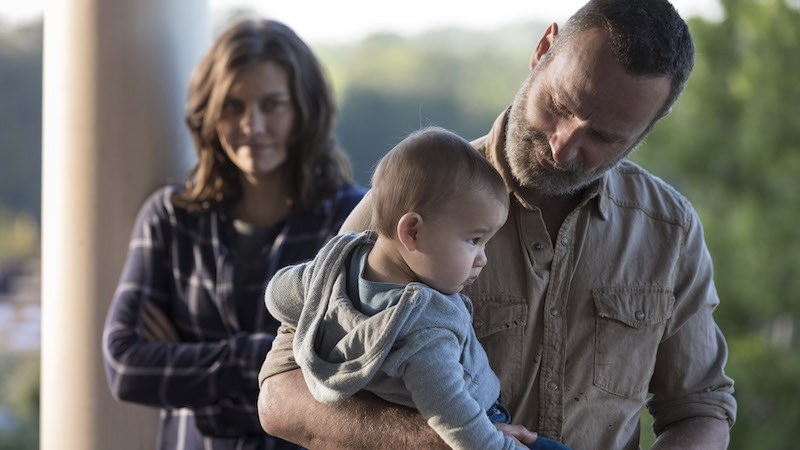 A few years ago, The Walking Dead, then the biggest show in the history of history, missed what I saw as a great opportunity to reinvent itself: Rick Grimes (Andrew Lincoln) and his ragtag band of zombie-apocalypse survivors had arrived, wild-eyed and battle-scarred, in the idyllic community of Alexandria. By this time, Rick had become a pretty remorseless killer, well accustomed to taking out anyone who got in his way. This was justifiable, considering that most of the people who had gotten in his way were trying to kill him and/or the people in his group, but over time Rick’s hesitation and remorse about killing his antagonists had dissolved to the point where he was generally shooting first, asking questions later.

So when Rick rolled into Alexandria for the first time, a pretty blonde named Jessie caught his eye, and he caught hers, but it turned out that Jessie was married, and there seemed to be a real possibility that he might kill her husband just because he stood in the way of what Rick wanted. This would have changed the show completely, but in a totally organic, story-driven way: what would the rest of Rick’s loyal group do when Rick became the threat? What would The Walking Dead look like if its main character broke bad, and its central conflict changed from us versus them to us versus us?

Of course, the show did not follow that route. Rick did kill Jessie’s husband, but the writers copped out by making Jessie’s husband turn out to be a wifebeater, so Rick killed him in her defense, making him once again the haloed hero and savior, and The Walking Dead went into the fourth (fifth? sixth? I honestly lost count) iteration of its well-rehearsed story template, in which Rick and company find a new safe place, the safe place turns out to not be so safe, they have to take down a new Big Bad, and then they have to hit the road again.

You can be forgiven if you checked out around this point in the series. Once it became clear that the Negan arc, which kicked off at the end of the Alexandria season, was just going to be another rehash of a story the show had already done several times, I checked out myself. And judging by the show’s sinking ratings ever since Negan bashed Glenn’s head in, I was not the only one.

The slide has continued in season 9 — the premiere was the least-watched since the 2010 pilot, and the most recent episode was an all-time ratings low for the series — and that’s a shame, because thanks to new showrunner Angela Kang, The Walking Dead is suddenly showing signs of life.

There are definitely some gaps in my knowledge of how the show got to this point, as I skipped all of season 8 and most of season 7, but at the start of season 9, Negan (Jeffrey Dean Morgan) and the Saviors have been defeated, Daryl (Norman Reedus) has been appointed viceroy (my word, for lack of a better one) of the Sanctuary, Carol (Melissa McBride) has shacked up with King Ezekiel (Khary Payton) at the Kingdom, Maggie (Lauren Cohan) has democratically succeeded Gregory as the leader of Hilltop, and Rick, who paired up with Michonne (Danai Gurira) sometime while I wasn’t looking, are the benevolent rulers of Alexandria.

The zombie combat set pieces, which had grown rote and unexciting, have been de-emphasized this season — they’re still there, but at this point walkers are more of a nuisance than an existential threat — in favor of a focus on rebuilding society, and the considerations and politics that involves. As Rick puts it in the new season’s second episode, “We’re still ready to deal with this world on its own terms, but we’re not letting it define us… we’re not just fighting to survive anymore.”

What makes this new season interesting is that, as the heads of their own respective communities with their own respective needs, Rick, Maggie, Daryl, and Carol, always so tightly aligned in earlier seasons, are coming into conflict. After Carl’s death at Negan’s hands (something else I missed), Rick has honored his fallen son’s memory by emphasizing peace and reconciliation, even with the Saviors, and leading by example, sentenced Negan to life behind bars, rather than killing him the way he killed the Governor and all his other foes. And given the practical necessities — each of these communities has its own monopoly on something the other communities need — it’s in everyone’s interest that a certain level of peace be maintained.

But the kumbayah approach may not agree with Maggie, who after watching her husband get his brains bashed in by Negan is not so keen to share Hilltop’s food with the Saviors, particularly when they do not come through in trade with the Ethanol that Hilltop needs to run the tractor; it may not work for Daryl, who spent season 7 under the Saviors’ thumb as their slave and is now expected to keep them in line, a plan they are decidedly unlikely to cooperate with.

I hate to let real-life events influence what I think is going to happen in a fictional universe, but AMC has not exactly made a secret of the fact that both Andrew Lincoln and Lauren Cohan are leaving the show this season — in Lincoln’s case, they’ve been counting down to his last episode in the promos. What would really be interesting is if the growing tension between the two leaders reached such a fever pitch that they kill each other, or, perhaps more likely given that Cohan has publicly been open to a return sometime down the road, Maggie kills Rick, and is then either exiled or put in jail for the crime. After that, who knows what the show will do with who’s left? I honestly have no idea.

This is just wild speculation, of course — we haven’t seen any screeners for future episodes, we’re in the same boat as everyone else. But based on the first three episodes of season 9, all of which are available on demand, lapsed fans of The Walking Dead might find it worthwhile to give it another look. I never thought I’d say this again about this show, but I can’t wait to see what they do next.

New episodes of The Walking Dead air at 9pm ET on AMC; recent episodes are available on demand. 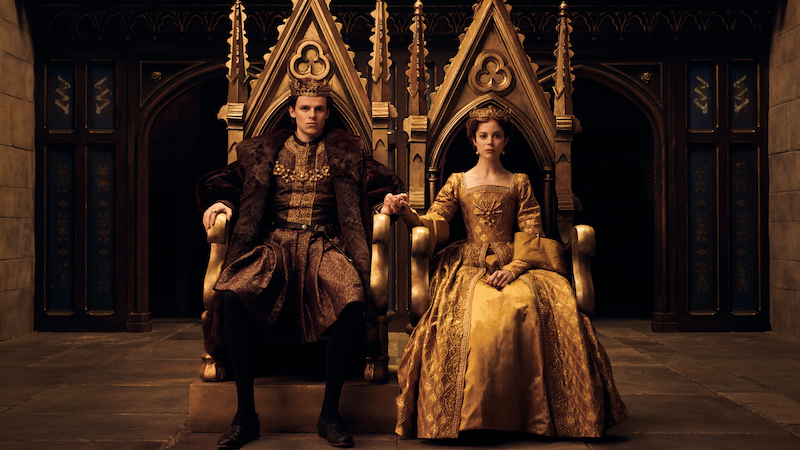