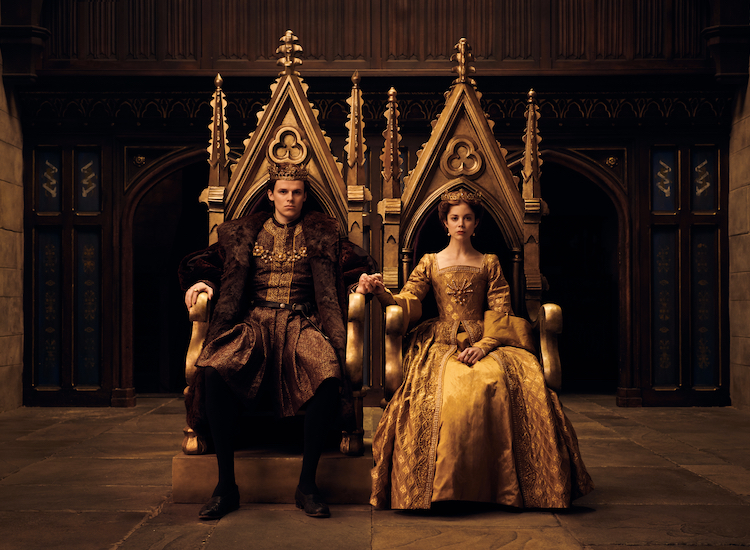 The Spanish Princess has proven that Catherine of Aragon’s story contains ample fodder for a luscious, exquisitely-costumed period drama, but will women in 2020 find the Starz anthology series based on Philippa Gregory’s novels relatable?

Executive producer Emma Frost affirms that despite the palace intrigue, the decadent wealth and privilege, and lack of indoor plumbing, the Tudors’ torrid love affair is thoroughly contemporary.

The first season set the stage for the young princess, fervently played by Charlotte Hope, to fulfill her God-ordained destiny as Queen of England by initially marrying Arthur, Henry VIII’s brother and heir to the throne. After his untimely death early in the marriage, she wielded her beauty, guile and laser focus to remain in play — going so far as to lie about whether the pair consummated their nuptials in order to remain a morally valid option for Henry.

Smitten from the start, Henry (Ruairi O'Connor) is all too eager to defy his father and vicious grandmother and request papal dispensation to wed his brother’s widow. Over the course of eight episodes, Season two explores how a relationship fails to endure the pressure of juggling work and family—especially when the job consists of fighting off military threats to the British Monarchy to go along with more intimate – but no less bloody – struggles in the bedroom.

When Catherine starts off, “she’s empowered through herself. She takes power and she is also gifted it by Henry – they were crowned together. She was his equal. He wanted her to be his equal, even as a politician,” Frost says. “The problem is it’s her gender that becomes, in some ways, not the enemy, but the issue because she’s unable to deliver, through no fault of her own, what’s expected of her as a woman. And the more she’s unable to deliver that one thing they all demand of her – her power slips. So, I think the story is very much about gender and power and the relationship between those two things that feels really modern.”

Before The Spanish Princess premieres Sunday, Sling checked in virtually with stars Hope and O’Connor, along with the show’s less tortured power couple Stephanie Levi-John and Aaron Cobham, who play, respectively, Catherine’s lady-in-waiting Lina, and outwardly stoic soldier Oviedo. Watch as the foursome talk about what they’ll miss most about filming the show and what we can learn from Catherine as she’s pushed aside for a younger, more fertile replacement.

Hit the link below to add Starz to your Sling subscription today!

GET SLING WITH STARZ NOW!