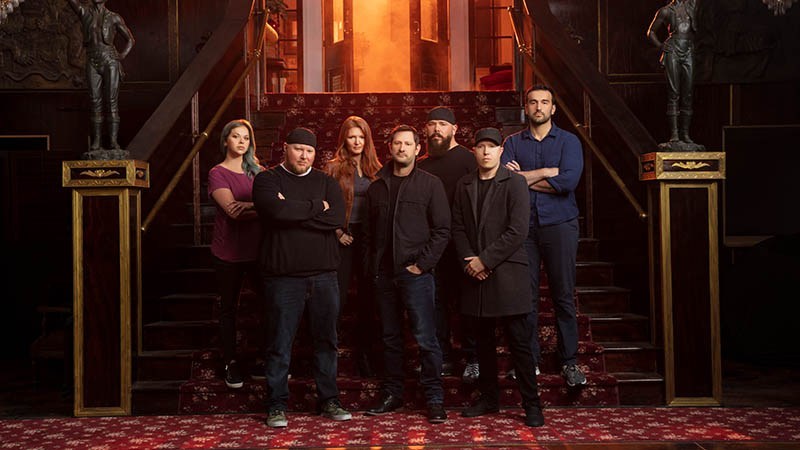 Every 12 months, New Year’s Day greets us with the promise of possibility. A fresh year comes with the opportunity for a fresh start, the chance to change. Unfortunately, that’s all very exhausting. So when you’re finished (or before you get started), fire up Sling TV for a fully loaded 48-hours of programming.

Check out some of the highlights of New Year’s Eve and Day below, including marathons, sports events, the return of many of your favorites and the premiere of plenty of new shows.

If you’re looking for something a little more salacious, LMN is kicking off its month-long Deadly Resolutions event on New Year’s Day. Vivica A. Fox hosts as LMN premieres 11 new movies in January (a new title every Thursday and Friday at 8pm ET), including her new thriller, The Wrong House Sitter. To get things started, LMN has a new movie airing Wednesday (Escaping My Stalker), Thursday (Her Deadly Reflections) and Friday (A Deadly Price For Her Pretty Face).

New Year’s Day is always one of the biggest days of the year on the college football calendar and this year is no exception. Things get underway at 1pm ET, with the surprising Minnesota Gophers taking on the upstart Auburn Tigers in the Outback Bowl on ESPN. Meanwhile, ESPN3 will carry the VRBO Citrus Bowl, which features a very compelling matchup between CFB powerhouses Michigan and Alabama.

The Rose Bowl (5pm ET, ESPN) should be a great game with Oregon taking on Wisconsin. The day wraps up with the Allstate Sugar Bowl (8:45pm ET) and a battle of two 11-win teams, Georgia and Baylor.

If you’re more of a hockey person, the Winter Classic heads down south this year, as the Dallas Stars square off against the Nashville Predators from the Cotton Bowl (1:30pm ET, NBC, in select markets). Get ready for the game by watching the 3-part ‘Road to the Winter Classic’ on NBCSN and other platforms.

Since its premiere in 2005, The First 48 has given viewers a close-up look at the urgent first hours following a homicide. On New Year’s Day, A&E will air a two-hour 15th anniversary special that features a new case in Tulsa, Oklahoma, along with interviews with some of the most memorable detectives featured on the show as they look back on the biggest cases of their career. Following the anniversary special, new episodes will air every Thursday at 8pm ET.

HGTV kicks off 2020 with your opportunity to win a dream home. This year’s edition is a 3,500-square-foot home located in Hilton Head, South Carolina, which was named America’s Best Island for four consecutive years. Be sure to visit the HGTV Dream Home website beginning on Dec. 30 for your chance to win and tune into the HGTV Dream Home Special at 8pm ET.

The Explosion Show – 10pm ET – Science
There’s an art to blowing things up and this new Science show — hosted by Mythbusters’ Tory Belleci and Nitros Circus stuntman “Streetbike” Tommy Passemante — will show you how it’s done. Early episodes find the duo hanging out with the Riverside, CA Bomb Squad, orchestrating their own fireworks show, and learning from the Hollywood experts who turned blowing stuff up into their profession.

More New Year’s Premieres: Supernanny is back to tackle the tablet era

As Alaska police departments face a shortage of officers, new recruits from the lower 48 are brought in to help with surging crime rates. But from the harsh weather conditions to dangerous wildlife, policing in Alaska is unlike anywhere else. This new documentary series takes you inside law enforcement in Fairbanks, Kodiak, Kotzebue and Petersburg.

Dr. Who – 8pm ET – BBC America
And finally, kick off the new year with an old favorite, as Season 12 of the long-running British sci-fi franchise gets underway with Jodie Whittaker returning as the Doctor. This season’s two-part premiere — Spyfall — begins on New Year’s Day, with the second part airing during its regular time, Sunday (1/5) at 8pm.