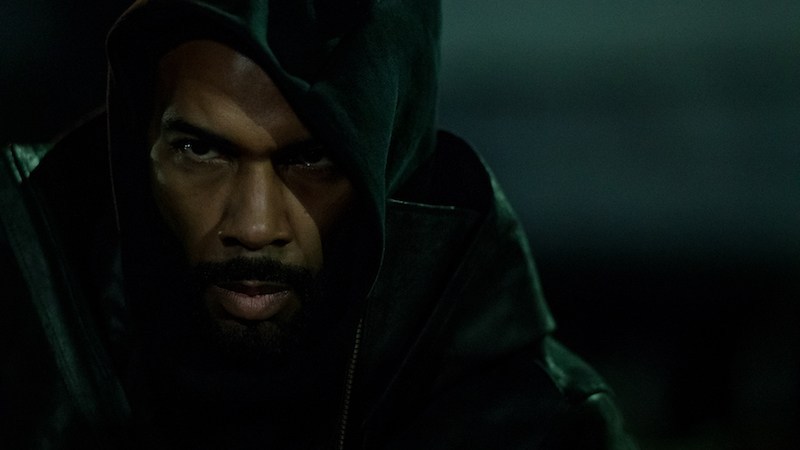 Which was the most shocking development in the Season 5 finale of Power: the fact that Tommy shot Angela in the chest, or the fact that he was trying to shoot James in the back? The Season 5 finale faded to black before we could figure out if she survived the shooting, which means it’s a pretty safe bet that she did. So how did we get to a place where Tommy would feel so betrayed by James that this could happen? It’s complicated.

Tommy, you may recall, shot and killed his own father in the interest of protecting James and his empire, which sent him into a cocaine-fueled spiral of depression and paranoia, as he holed up in his apartment littered with beer bottles. Over the course of the finale, Tommy goes from chasing LaKeisha away, to begging her forgiveness (while holding a gun behind his back, just in case), to confessing to her that he killed his father. He is not in a good place.

Before taking a bullet for James, Angela was in jail facing a mountain of charges, including the ever popular RICO, for her alleged role in the jailhouse murder of AUDA Mike Sandoval and Tony Teresi, as well as the outing of an informant in the hopes of getting him killed, too. The feds are offering a reduced sentence and maybe partial immunity if she rats out James, but Angie ain’t having it: “I don’t think you know anything. You haven’t made a single arrest.” Her lawyer demanded full immunity, but in a private moment urged her to take the lesser deal, reminding her that as former law enforcement, she’ll have a target on her back in prison. She called a meeting with James, Tasha, and Tommy where she laid out the case against them and what they must do to avoid arrest: keep their mouths shut. But that’s gonna be tough with so many mouths in play.

As part of her plan to keep them all out of jail, Angela reaches out to Dre to convince him that if he implicates the Jiminez family, who just a few hours earlier had tried to kill him and his girlfriend, in the murders of Felipe Lobos and Sandoval, she’ll get him and his daughter into WitSec immediately. But Dre got ratted out to Tommy, who had a chance to kill Dre, but Dre was able to escape into a van driven by the Feds who had a statement simply awaiting his signature. Given that the alternative was getting out of the van and being left to the mercy of Tommy, it was an easy choice…

Meanwhile, James is trying to keep it together, which is made more difficult by the return of Tasha’s sometime boyfriend Terry, who is one of the weaker links in the chain and has already agreed to help the Feds so he can clear Tasha’s name. Angela tells Tasha to “keep f—ing him until (I) tell (you) to stop.” Tasha does as she’s told — in a parking garage, no less — unaware that James is watching from behind. Once they’ve, ahem, finished, she takes off and James chokes Terry to death.

But wait! Why did Tommy shoot Angela? Because the feds stopped by to play him a tape of his father in which the old man makes it clear he wasn’t snitching on his boy, just James — Tommy killed dad for nothing.

So Angela has taken a bullet from Tommy and now lies bleeding in the arms of James, who just recently strangled Terry to death. How’s this gonna play out in the 6th and final season of Power?

The sixth and final season of Power premieres 8pm ET Sunday on Starz; all past episodes are available on demand.