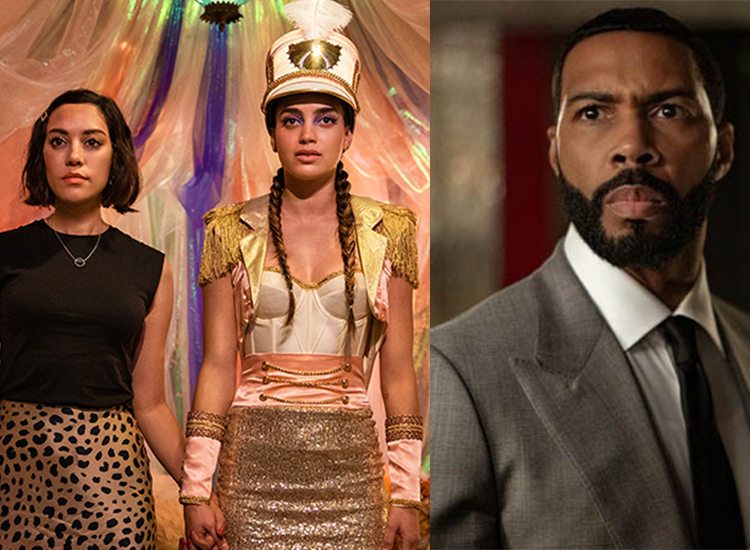 This week, we’re taking a look at some of the premium shows available to sample on Sling Free. These shows feature diverse casts, strong female leads, and progessive storylines. You can watch the first episode of each for free on Sling, and if you like what you see, subscribe for more. Just click the show's title to start watching!

I cannot get enough of Vida right now. One of the most progressive shows on television, Vida follows two Mexican-American sisters, Emma and Lyn, who return to their Los Angeles neighborhood after their mom passes. They’re left picking up the pieces while also learning that their mother, Vida, was married to another woman for the last two years of her life. It’s not all that heartwarming, as we learn that Vida kicked Emma out for being queer as a young girl, leaving her both mourning and frustrated. The show made strides for Latinx and Queer representation, but was sadly canceled this year after three seasons. On the bright side, that means you can knock out its full 22 thirty-minute episodes in no time.

All episodes available on Starz ($9/month)

If you couldn’t guess from the title, The Chi — which was created and produced by Lena Waithe —takes us through the often dangerous challenges of living in the dotted neighborhoods of Chicago's Southside. A few characters are introduced to each other by chance, but their lives remain connected, as we weave through their complicated stories and struggles in this coming-of-age drama. Unsurprisingly, Chicago royalty Chance the Rapper lends his rapping chops for the opening scene of the series, adding to the authentic Windy City feel. The show has been going strong for three seasons, so start watching while you can still stay ahead.

All episodes available on Showtime ($10/month)

Starring Rebecca Ferguson, this miniseries originally aired on the BBC before being imported to America via Starz. The White Queen takes place during the War of the Roses, and the battle for the English throne, with three women — Elizabeth Woodville, Margaret Beaufort, and Anne Neville — at the center of the conflict. Some might even call this a "game of thrones," so if you’re into that series, there’s a good chance you’ll like this too. It received a wealth of award nominations including both Golden Globe and Emmy noms for Best Miniseries. And as a miniseries, it’s only ten episodes, which means you can probably binge it in a week (or a day if you’re like me).

All episodes available on Starz

One of cable’s most popular and talked-about shows, Power ran strong on Starz for six seasons. If you like your TV with plenty of drugs, crime, and nightlife, look no further. Power centers on James St. Patrick, aka “Ghost,” who runs a drug empire under the guise of a nightclub. 50 Cent executive produces and co-stars in this heavy-hitting drama based in the Big Apple. Fans of the show cannot say enough good things about its premise, pacing, and characters, and the rave reviews only get better as the seasons progress. With its series finale airing earlier this year, here’s your chance to start watching this iconic series before the first of its many spin-offs start airing next month.

All episodes available on Starz