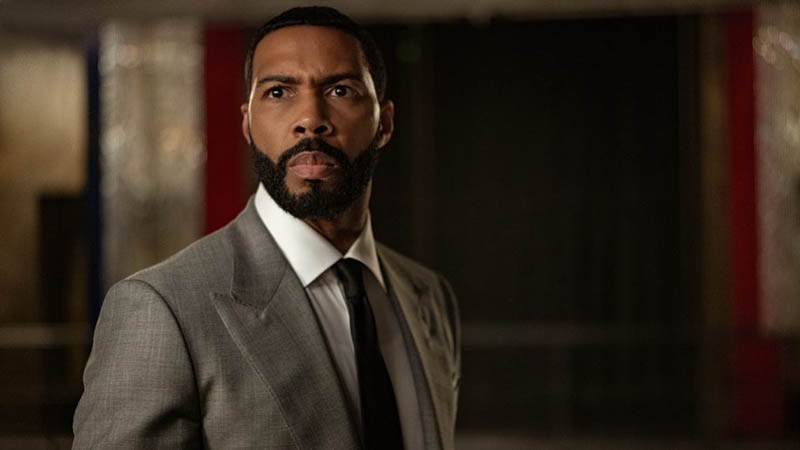 The last time we saw Ghost, aka James St. Patrick, he was taking a bullet in his own nightclub, putting the focus of the final few episodes of Power on solving the mystery of “Who Shot Ghost?” Unfortunately, there’s no shortage of suspects, but that’s how things go when a man tries to straddle two worlds and a couple of women. So who did it? The trailer for the upcoming final season of the hit Starz crime drama fingers seven suspects, all of whom were seen converging at the club and packing heat in the final moments of Ghost’s life. Let’s break down the field (SPOILERS ahead).

Mrs. Ghost, aka Tasha St. Patrick: Her husband is a cheat, her son is a murderer, her daughter is dead, she framed her husband’s former mentor, and she killed her own best friend. Is she cold enough to kill her own husband? Yes. Is she hard enough? Definitely. Odds: 2:3

Tommy Egan: He’s killed at least a dozen people and has been party to the deaths of at least a dozen more, so we know he has the stomach for it. That said, Ghost was Egan’s best friend going back to high school and he served as his right-hand man ever since he started dealing. However, in Season 5, Saxe stopped by to tell Tommy that his father snitched on Ghost, not him, thus destroying the lifelong friendship. In fact, Tommy was so pissed he took a shot at Ghost, but killed Angela instead — maybe he wanted to finish the job. Odds: Even

Andre Coleman: He’s certainly got the stones to do it, having already killed Pink Sneakers and a priest. And he’s got motive for days, seeing as Ghost how wanted him dead. Plus, Ghost would surely kill Dre if he ever found out that Dre dropped a dime on him to Saxe. Odds: 5:4

FBI Agent Cooper Saxe: He’s been gunning for Ghost for a while now, was jealous of Ghost’s relationship with Angela, lost his job because of Ghost, and had his life threatened directly by Ghost. Because of all of this, it would feel too obvious if Ghost’s killer was Saxe. Odds: 3:2

Councilman Rashad Tate: Ghost blackmailed Tate into keeping him on the gubernatorial campaign, as well as the Queen’s Child Project, after learning that the up-and-coming politician had been stealing money from the charity. Would Tate kill a man to get out from under? He did shoot Alphonse Clemons, but that was self-defense. Odds: 5:1

Son of Ghost, Tariq St Patrick: Having aligned himself with his father’s two worst enemies, the younger St. Patrick has had it out for his old man for a couple of seasons now. Would the kid finally go the whole way and put his dad down? Maybe. Odds: 10:1

Paz Valdes: She blames Ghost for the death of her sister, Angela, and was determined to take him down. She’s a civilian with no history of violence, so Paz would certainly be the most shocking shooter, but it would be really unsatisfying to have such a minor player take down your star. And her name means “peace,” for crying out loud. Odds: 20:1

No one: It’s possible that the shooting didn’t happen, right? You’ve watched enough TV to know that these things can always be undone, whether it’s the death of Bobby on Dallas or the entirety of Newhart. Just something to think about. Odds: 50:1

All of them: They were all headed to Truth with the same idea, maybe they teamed up? Probably not. Odds: 500:1

Catch the final five episodes of Power on Starz on Sunday nights starting on January 5 at 8pm ET.