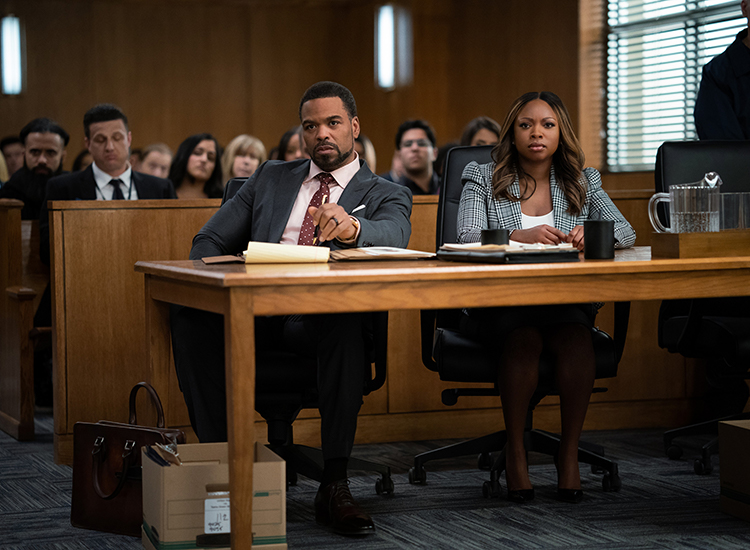 Kanye West once warned, “No one man should have all that power.” And with an anguished squeeze of his trigger finger, Tariq (Michael Rainey Jr.), took the power back from his father James St. Patrick, aka Ghost, in the series finale of the hit Starz show of the same name.

While that moment was the culmination of a season-long mystery, the new spin-off series Power Book II: Ghost picks up in its immediate aftermath. Tariq is now heading off to the prestigious Stansfield University to earn his diploma (and inheritance) while fighting to free his mother Tasha (Naturi Naughton), who took the fall for his crime. Unfortunately, star lawyers like Davis MacLean (Clifford “Method Man” Smith) aren’t cheap, so Tariq is forced to turn to the family trade to make ends meet, putting him in the orbit of Monet Stewart Tejada (Mary J. Blige), the matriarch of a shrewd criminal empire. As Tariq takes his first steps to assume the mantle of power, he’ll find that keeping his business, personal, and academic lives separate is much easier said than done.

Like its predecessor, Power Book II: Ghost features a sprawling cast, juicy plot twists, and rich themes around family, loyalty, and sacrifice. And as the first of five planned Power spin-off series, it helps establish the larger post-Ghost universe, which will feature a mix of new characters and storylines, prequels, and returning favorites from the original series. Sling hopped on a Zoom call with stars Naturi Naughton and Clifford “Method Man” Smith to find out the details on the new series and look ahead at the larger Power grab. Check out our exclusive interview below and be sure to add Starz to your Sling TV package for access to all six seasons of Power, along with the new chapters.

Power Book II: Ghost premieres Sunday, Sept. 6 at 9pm ET on Starz, after the season finale of P-Valley. Following episodes will air Sundays at 8pm. Hit the link below to add Starz to your Sling subscription today!