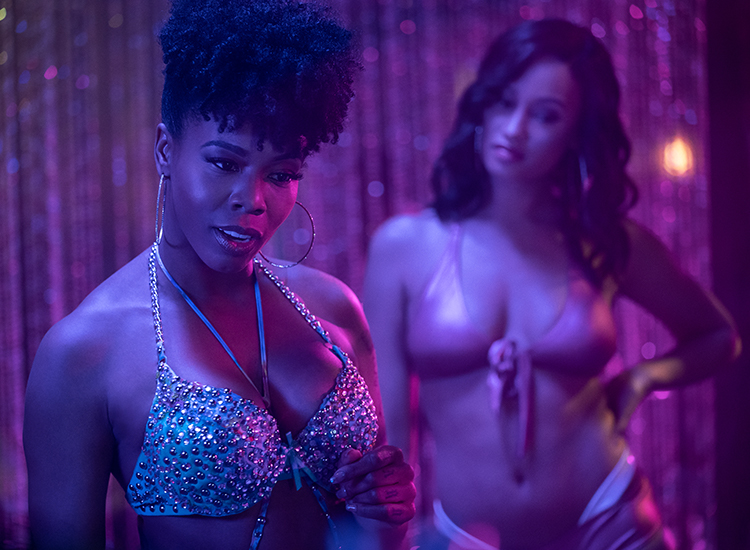 Inside the Pynk — a strip club located in the dilapidated (and fictional) Mississippi Delta town of Chucalissa in Starz’s new summer drama P-Valley — the women who twist, twirl and swing around a spotlighted pole are bona fide stars, complete with thirsty fans who make it rain at their feet with buckets of slightly worn dollar bills.

Outside the confines of this small, nondescript building, these women must confront abusive partners, manipulative family members, past traumas of unknown origin and the dwindling window of physical beauty that allows them to financially rise above their surroundings.

As the club’s main attraction, Mercedes (Brandee Evans) throws her weight around in the dressing room like a proper diva, while commanding more than mere adulation on stage thanks to feats of athleticism that would make even J.Lo cower. Savvy and self-assured, she’s got big aspirations and finally enough savings to chase them down. Mercedes must spend her remaining weeks at the Pynk taking the irksome and secretive newcomer Autumn (Elarica Johnson) under her wing at the behest of Uncle Clifford (Nicco Annan), the club's lavishly-dressed owner and non-binary den mother.

Adapted from showrunner Katori Hall’s play, the eight-episode drama also weaves an elaborate land grab into the plot, as the town’s movers and shakers threaten to relieve the debt-strapped Uncle Clifford of the Pynk to make way for a shiny new casino. While the real estate machinations tend to get muddled, P-Valley excels at creating a mood and an ecosystem so vivid, you can almost feel the spray of Champagne. The show’s roster of all-female directors puts the focus on the fraught sisterhood these women share and their yearnings, not their bodies. And when nudity does occur (the show takes place in a strip club, after all), it’s in service to their work.

With a rare 100% Fresh rating on Rotten Tomatoes, the hit show has already been picked up for a second season. Catch up on P-Valley with Starz On Demand and watch below as Hall and the cast talk about their favorite strip clubs, and more.