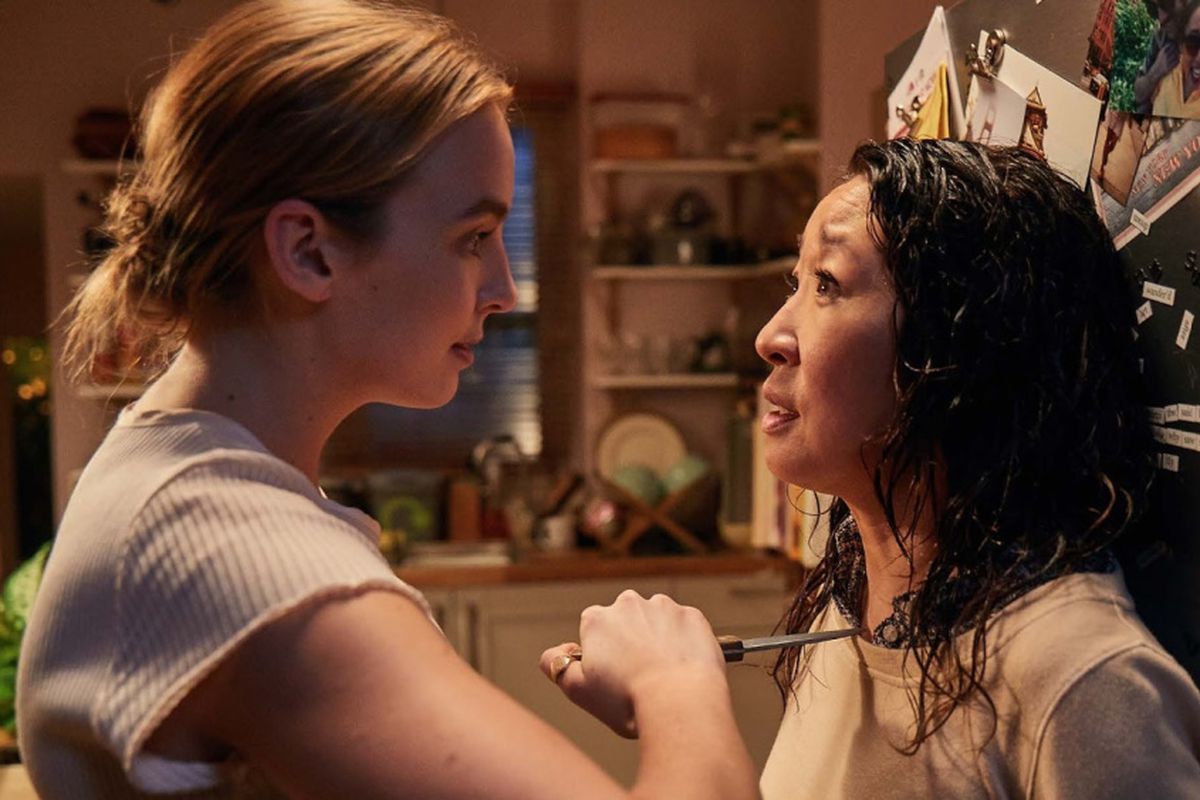 You might not have noticed yet, but television changed forever back on April 8. That’s the day Killing Eve premiered on BBCA, and the series has spent every Sunday night since then smashing stereotypes and reminding viewers how simply good it feels to see something fresh — something so simple and obvious that it’s outrageous audiences have hardly ever seen it before.

Picture it: intelligent women doing challenging things, real things crucial to the plot, both commendable (e.g., leading an investigation) and condemnable (e.g., stabbing a person in the skull). Most distinctively, these things are not the usual mom/wife/girlfriend or clean up overpaid costar’s mess on episode three -type things. In a stunning reversal, the husband of one of the leads is only as pleasingly generic and as able to make dinner as the average mom/wife/girlfriend role typically requires.

Even more shocking, Killing Eve’s women actors — two of whom openly live above the age of 40 — did not have to commit to wearing shapewear, latex costumes, and/or full face makeup for the privilege to do these action-y things. *Disappointed viewers who are keenly intrigued by the transformative powers of shapewear, latex, and makeup would do well to check out RuPaul’s Drag Race on VH1.

Sandra Oh (Grey’s Anatomy) stars as Eve, an American-raised British government intelligence agent uniquely attuned to the patterns of female killers, particularly one whom she suspects to be responsible for a string of unsolved deaths all across Europe. A few scenes suggest Eve may even share some aspects of her target’s psychology, in addition to sharing the universal frustration at patriarchal disenfranchisement. Her target, the fascinating assassin “Villanelle” played by Jodie Comer (The White Princess), becomes equally fascinated with Eve, but the familiar cat-and-mouse game that ensues is refreshingly novel in its execution.

Killing Eve demonstrates perfectly how a well-written series can succeed on the strength of a cast led by fantastic women actors without resorting to objectifying its stars. Despite centering on the hitherto male (or woman-in-latex) -dominated genre of globetrotting assassins and the spies who chase after them, women occupy the interwoven roles of both hero and villain, as well as the show’s principal supporting cast. And all of them seemingly wear whatever they want. All this to say Killing Eve doesn’t just pass the Bechdel test: it busts the curve.

If you’ve been trudging through the all-too-real misery porn that is the second season of The Handmaid’s Tale and weighing the choice between fleeing preemptively or upping your donations to the ACLU, then consider also adding Killing Eve to your bingeing lineup. Think of it as a much-needed, intellectually stimulating palate cleanser helpful for easing feminist nightmares about headgear. The first five episodes are available on demand, and, without revealing anything not shown in the trailer, the fifth episode crystallizes how exceptional Killing Eve truly is at creating narrative tension when cat and mouse finally sit down for a meal (cooked by Eve’s husband) together.

Picture it: intelligent women discussing what happens next when each of them knows exactly what the other is capable of, and with no one at the head of the table to interject any doubt.

Don’t miss the next episode of Killing Eve Sunday night at 8pm ET on BBCA.