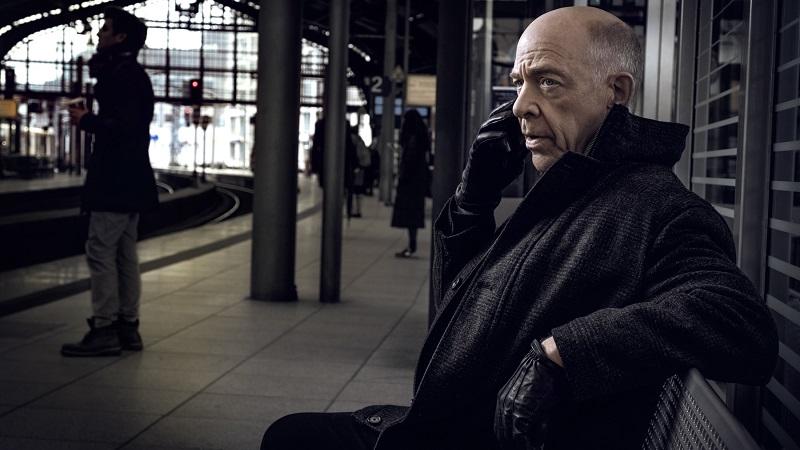 Since J.K. Simmons won his best actor in a supporting role Academy Award for playing a tough love jazz band director in Whiplash — a fantastic movie you must watch immediately if you have not yet — I’ve been waiting for the follow up to that role.

Finally, after years of voice-over work and playing Commissioner Gordon in DC movies, Simmons has a role to really set him a part. Counterpart is a new series on Starz that centers on Howard (Simmons), a government worker who has worked at the same agency for nearly 30 years with little understanding of how his job impacts the world. It’s not until he discovers the agency he works for is protecting an gateway to a parallel universe that was created after a Cold War experiment went wrong. Howard is called into a top secret meeting when someone crosses the threshold demanding to speak to him, and that someone ends up being a parallel version of himself — aka his counterpart. The other Howard claims there is an assassin who has also crossed over with a hit list of people in Howard’s life she’s looking to kill, which leads the two Howards and the agency to team up to protect those in danger.

It’s hard to predict exactly where this series will go, but that’s part of the intrigue. We know from the first episode the parallel universes operate with different levels of technology — while the original Howard’s world is still operating with what appears to be computers from the late 80’s, second Howard’s world is shown will translucent, high-tech looking cell phones. The contradictions in worlds and Howards is clearly a driving force in how things will play out, but it’s still unclear where we might be in three or four episodes, something that makes this series intriguing beyond it’s unique plot.

The dueling Howards speaks volumes of Simmons’ talent as an actor; he makes it totally believable they are two separate people while still seeing that they are one in the same. If this series stays at the bar (or surpasses it) the first episode has set, it will be no surprise if by next year’s award season Counterpart and Simmons becomes a staple in their respective categories.

Counterpart premieres Sunday, January 21 at 8pm ET on Starz, or you can watch the first episode now on-demand.