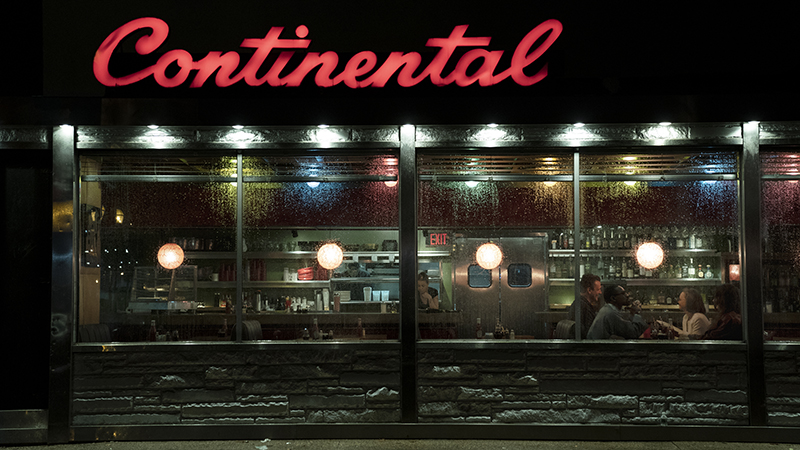 There’s an intriguing sense of mystery that hangs over the new AMC series Dispatches from Elsewhere. A big part of that is rooted in the plot, which is about an odd game that’s playing out in Philadelphia via strange phenomena, like a flyer recruiting volunteers for “Dolphin communications system testing” or a bigfoot who commands you to breakdance in the rain. But as much as anything, the show seems to be about the magic of human connection, the way that different people from different walks of life can still come together and forge a powerful bond with one another.

The show was created by and stars Jason Segel, who has long been an ideal avatar for those who possess an unstable mixture of whimsy, curiosity, and vulnerability. While Dispatches has its laughs, its most striking quality is the accuracy with which it portrays loneliness and yearning. Segel’s character Peter lives a life of repetitive mundanity, neither good nor bad, just sort of there. As the show’s (possibly unreliable) narrator says in the opening, his life is a “tragedy in its most quietly devastating costume.”

Things begin to change when Peter reaches out to those producing the aforementioned fliers, and soon finds himself connecting with an unlikely group, all of whom have their own reasons for seeking answers to the mysterious puzzle. Along with Peter and Sally Field’s Janice, Eve Lindley (Simone) and Andre Benjamin (Fredwynn) comprise the show’s core foursome, with each character getting their own the spotlight in Dispatches’ first four episodes.

We were fortunate to sit down with Benjamin and Lindley, along with showrunner Mark Friedman, to talk about their characters, the show’s origins, and why working with Segel was such a unique experience. Watch the interview in the video below and be sure to tune-in to AMC on Monday nights at 10pm ET for new episodes.