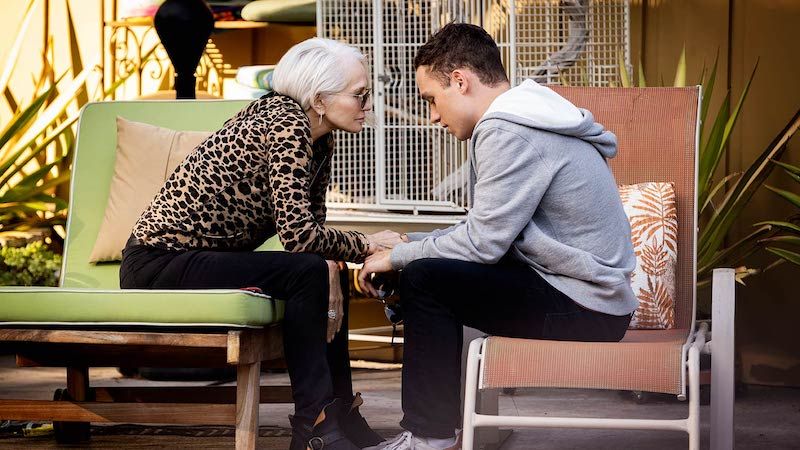 The summertime is usually something of a dead zone for TV, as the networks tend to hold their best stuff for the months when the most people are spending the most time indoors. But a few years ago TNT started programming the summer months with a show that started out better than expected and only got better from there: John Wells’ sun-drenched crime drama Animal Kingdom.

Kicking off its fourth season May 27, Animal Kingdom centers around a literal crime family: Matriarch Janine “Smurf” Cody (Ellen Barkin) plans heists, robberies, and stickup jobs for her three adult sons and grandson to execute; she then gives the boys an allowance (fat enough to buy cars, trucks, dirt bikes, jet skis, and any other toy they desire) and launders the rest.

The first season centered around the arrival of 17-year-old Joshua “J” Cody (Finn Cole) into the clan, following the heroin overdose of his mother, who’d kept them both estranged from Smurf because of the family business. J was not greeted warmly by his uncles at first, and had to prove himself worthy of being included in the job of the week, but eventually earned his place with his cool head and clever thinking.

But, J aside, these boys are not boys any more, and they want a bigger say in what jobs they do and what happens to the money. And they’re striking out on their own in other ways: Deran (Jake Weary), Smurf’s youngest, has come out of the closet, bought a bar on the beach, and is sponsoring the talented surfer he’s dating; Craig (Ben Robson), the most hedonistic of the family, is starting to show green shoots of responsibility as he acts as a landlord and starts planning his own jobs on the side; and Pope (Shawn Hatosy), the oldest and most unstable Cody, had designs on raising the little girl that Smurf made an orphan when her dad, Baz (Scott Speedman), a family friend Smurf raised as her own, caught on to just how much Smurf was skimming off the top of the family’s ill-gotten gains.

Unfortunately Smurf made the little girl go away too, so Pope is totally distraught and nursing a death wish; Deran’s boyfriend, who uses his pro-surfing travels as a cover to smuggle drugs for a local dealer, is informing on that dealer to the cops; and J’s bitterness over what happened to his mother continued to simmer, and season 3 ended with J making moves to steal the properties Smurf was using to launder the Cody’s ill-gotten gains out from under her, with an eye toward eventually taking everything she has — even as his criminal girlfriend Mia (Sohvi Rodriguez) plots to take his.

But Smurf is no dummy, and has her eye on J, even through a growing vodka-and-Oxy habit. She’s keeping Pope busy and distracted by entering him in underground cage fights and betting big. And she does her best to keep Angela (season guest star Emily Deschanel), an old junkie friend of J’s mother’s, at bay — until Pope lets her in when Smurf’s not looking.

This show has stayed compelling on the strength of its engaging, if not super familiar, performers — Hatosy in particular has been terrific as the soul-sick Pope, fed up with a lifetime of Smurf’s manipulation — its twisty, inventive double-cross plots, and its highly entertaining heist setpieces, which show up every third episode or so. And, without getting into spoilers, this new season finds an interesting new way to explore Smurf’s character while splurging on a soundtrack way too fancy for basic cable.

Very few shows achieve the tangible sense of its setting like this one does with the Venice Beach part of Los Angeles. If it’s gonna feel like summer outside, it might as well feel like summer on your TV — just be sure you keep the murderous thieves on the right side of the screen.

Season 4 of Animal Kingdom premieres at 9pm ET Tuesday, May 28; new episodes will be available Wednesdays on demand.