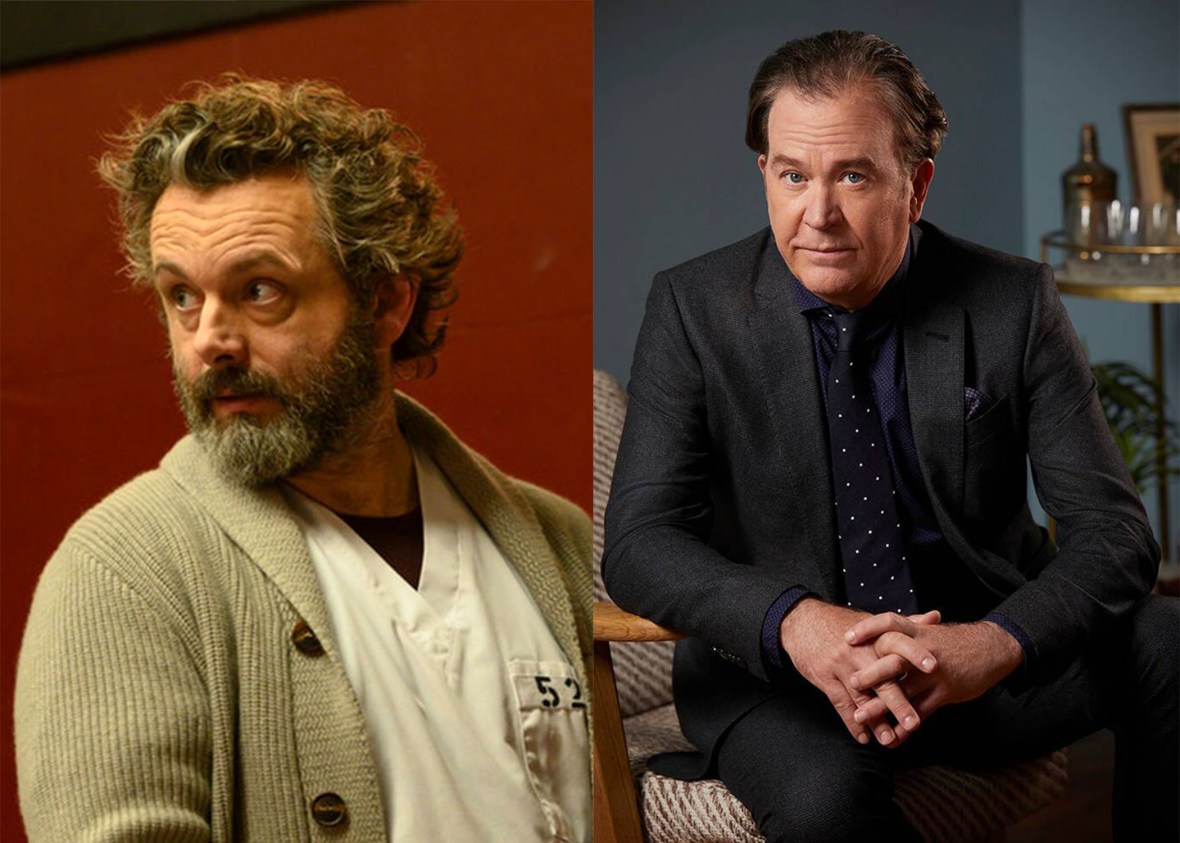 You think you’ve got dad issues? Well, has FOX got a fall lineup for you. Did your dad kill 23 people? Or impregnate more than 100 women with his own semen that he passed off as someone else’s? Yeah, didn’t think so. FOX’s two new dramas feature toxic masculinity on steroids.

Almost Family stars Brittany Snow (of Pitch Perfect fame) as Julia Bechley, the daughter of a famed fertility doctor (played by Timothy Hutton) who is discovered to have impregnated dozens, maybe hundreds, of his patients with his own semen. In no time at all, Julia begins to experience the horrors that can come with such a scenario — we’ll resist the spoilers, but suffice to say, things get sticky pretty fast.

Prodigal Son stars Tom Payne (best known as Paul “Jesus” Rovia from The Walking Dead) as Malcom Bright, an erstwhile FBI profiler who is relieved of his duties after punching a member of local law enforcement.

What would draw a young man of means like Malcolm to such a gruesome field of study? The family business. Turns out his father, Dr. Martin Whitly (a chillingly restrained Michael Sheen), was a wealthy medical professional who turned out to be the legendary serial killer known as “The Surgeon.” Malcolm is so haunted by his father’s past that he sleeps in a bed fitted with restraints to keep himself from thrashing about.

The title feels a little loaded, maybe even unfair to Malcolm, with its nod to the Biblical parable which suggests that Malcolm frittered away his share of the family fortune. Instead, let’s give Prodigal Son the benefit of the doubt and assume the title refers to Malcom’s reunion with his estranged father.

The kids in both shows have, in their way, kept their fathers close to them well into adulthood. Julia gave up her own career in medicine to help her father with the family business after her mother died; Malcolm has made studying serial killers his life’s work. Malcolm has at least maintained a physical distance from his father, having decided their relationship was causing him more harm than good (go figure).

But when an old friend from the NYPD (La Bamba’s Lou Diamond Phillips) comes calling asking for help with a copycat killer inspired by The Surgeon, Malcolm quickly realizes that the only way to find the new murderer is to probe his father’s mind. Talk about an awkward father-son speech (“Hey dad, about those killings…”).

It’s hard to say which kid is more damaged by their father’s misdeeds considering that Malcolm has about a two-decade head start on processing his father’s horrific deeds, while Julia has only just begun to come to grips with a father who illicitly sired a small army of siblings. But maybe things will work out for Julia; by the end of the pilot she has two new roommates who feel close enough to her that they can point out the nasty hair growing from side of her chin. Fathers may suck, but at least we can count on our siblings for honesty.