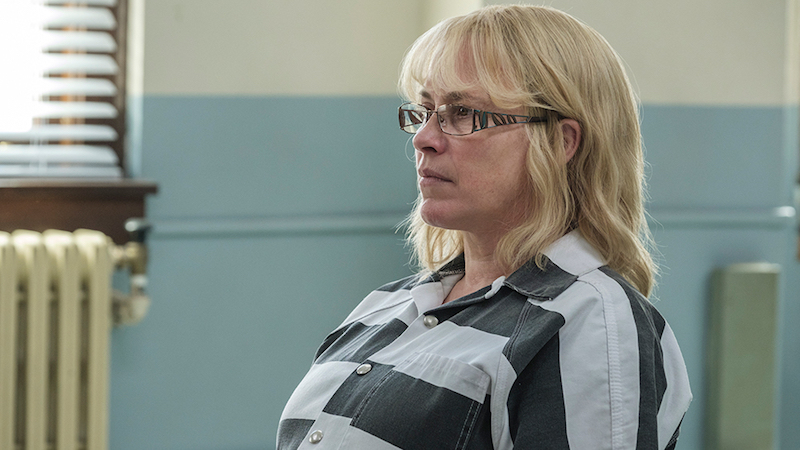 One of the most interesting non-political stories of the last several years was the tale of the two inmates who broke out of Clinton Correctional Facility in upstate New York, near the Canadian border, with the aid of a couple of guards. The pair came up missing from their cells and stayed on the lam for three weeks before they were brought to justice a couple of days apart.

Those are the broad strokes of the story, and despite the fact that I lived in New York at the time, had been to the area a couple of times, and like a good prison break story as much as the next guy, I did not follow it closely enough to get any more. Escape at Dannemora, a new eight-episode miniseries directed by Ben Stiller and premiering on Showtime, fills in the rest with great panache and the aid of a stellar cast led by Benicio del Toro, Patricia Arquette, Paul Dano, and David Morse.

With eight episodes to spread the story across, Stiller takes the time to get granular. We have only seen the first installment, but at its end, the prison break is not even an idea, much less a fully formed plan that will take months to execute. When we meet David Sweat (Paul Dano) and Richard Matt (Benicio Del Toro), they are both inmates working in the prison tailor shop under the supervision of Tilly Mitchell (an extremely glammed-down Patricia Arquette), whose husband also works at the prison and who is privy to the occasional rumor that Tilly is getting a little too familiar with her charges.

Despite Tilly’s denials, her husband is right to worry, as she is indeed conducting a not-so-discreet affair with Sweat in the supply closet of the tailor shop that is somehow at once torrid and oddly dispassionate, with Sweat strangely more concerned about being found out than Tilly.

Meanwhile, Matt, the self-styled boss of the inmates and the one people go to when they want something from the outside, has been assiduously cultivating ranking prison guard Gene Palmer (David Morse), whose affinity for Matt’s paintings leads to a genuine friendship between the men.

Ben Stiller’s resume as a director is pretty much all comedies, but anyone looking for an overtly comic take on the material might be disappointed, as Stiller keeps things straight. But pacing is a key part of any comedic enterprise, and an area where he has always excelled, so while the series has plenty of time to delve into the details, it never feels flabby or slow.

Casting is another strength of Stiller’s. Arquette underplays Tilly’s intellectual shortcomings, and manages to convey a lot of backstory (she’s bored in her empty-nest marriage but decent to the inmates she oversees) with very little dialogue. Del Toro projects the quiet authority of someone whose wheels are always turning for the next advantage, and the usually very boyish Dano comes off for the first time as a man aware of the need to control his emotions to get what he wants, but who is not always able to do that. And of course, David Morse is one of the all-time great character actors whose face is familiar to everyone, if not his name, and he turns in a typically understated performance as someone who believes himself a little more evolved than his fellow guards because of his ability to see the humanity in the prisoners.

The first episode hooked me hard, I can’t wait to find out where the story goes, even as I already know where it’s ultimately headed.

Escape at Dannemora premieres at 10pm ET Sunday on Showtime; all new episodes will be available next day on demand.