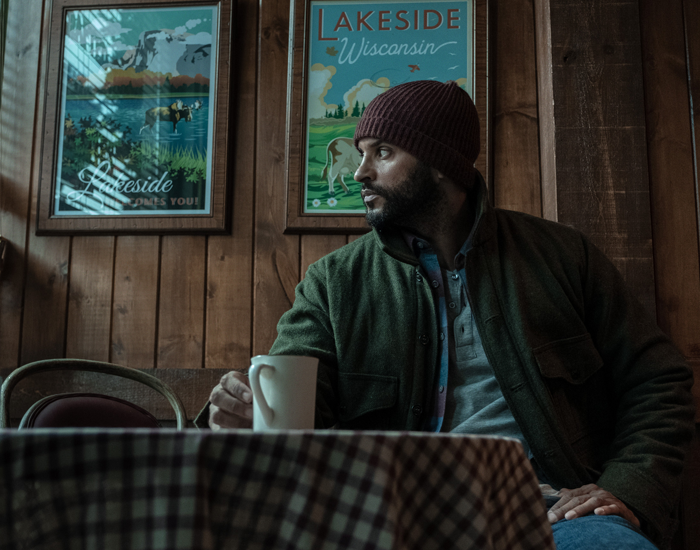 American Gods returns Sunday, Jan. 10 on Starz for a third season with a somewhat familiar face – yes, that’s goth shock rocker Marilyn Manson whipping up concertgoers into a frenzy as the frontman of a band called Blood Death dedicated to Ian McShane’s Wednesday, also known as Odin, also known as the All Father.

Irresistible scene-chewer McShane, along with stoic Ricky Whittle as Shadow Moon lead a sprawling cast further into the 2001 tale spun by author (and executive producer) Neil Gaiman that pits the gods of old against the newer, shinier god of the technological age in an ultimate battle for the hearts and minds of mankind. Shadow Moon gets caught up in the middle by birthright.

After two seasons of behind-the-scenes tumult resulting in a revolving door of showrunners and the departure of prominent characters, American Gods finally focuses on a beloved portion of the novel – Shadow Moon’s sojourn to the tiny Wisconsin town of Lakeside, where he tries to regain some normalcy after an extended and bloody road trip as Wednesday’s sideman. Lakeside hides disturbing secrets beneath its quaint small-town veneer, which means there’s no rest in sight for Shadow Moon.

SLING checked in with Whittle and Gaiman before the series premiere to talk about escaping one’s destiny and how prescient the novel has turned out to be 20 years later:

Get Sling with Starz
caret