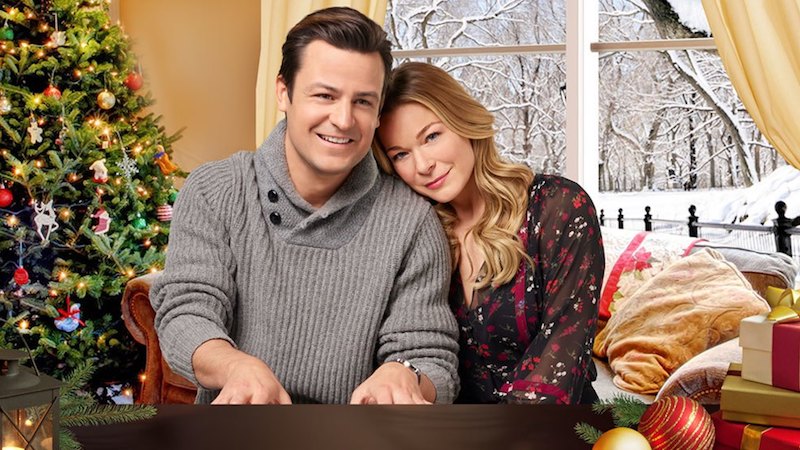 Forget Lady Gaga’s A Star is Born.  Bid Whitney Houston’s The Bodyguard adieu.  Chuck Britney Spears’ Crossroads to the side (okay, let’s not get TOO crazy, but you get my point).  If you’re a fan of the singer-turned-actress movie genre, you haven’t seen anything yet.  This holiday season, it’s time to dip back into the 90s archives, pull out a few pop hits, and infuse them with an overload of Christmas movie cheer.  And if that doesn’t already pique your interest, here’s a few other facts that might.

They do it all.  Literally. ALL.

They’re pros at turning up the pathos.

I’d be the first to admit, I cry at pretty much everything (even The Lego Movie.  ESPECIALLY The Lego Movie). But as I watched Braxton, as Alexis Taylor, relive her parents’ death in Every Day is Christmas’ reimagined telling of A Christmas Carol, my already-skewed waterworks scale skyrocketed.  And while I thought Eve’s dearly departed father would get the It’s Christmas, Eve tears flowing, it was young Duane Snodgrass’ surprising Silent Night rendition that caught me emotionally off guard.

OK.  And there might have been something in my eye…both eyes…during Rimes’ enthusiastic rendition of You and Me and Christmas.

But above all else, the girl-and-a-dog tale of Mariah Carey’s All I Want for Christmas Is You triggered every once-dark corner of my once-darker heart.  Granted, my dog snored through most of it.  But from my constant interruptions to tell her how much I love her, it was clear that (animated) Mariah’s relationship with her (animated) dog really got to (non-animated) me.

They take…liberties…with the world around them.

I know, I know.  With Christmas magic hard at work, I have to suspend at least some belief.  But there’s suspension and then there’s SUSPENSION.  Did you know, for example, that one can literally die from working too much?  Because that’s the future that fate once had in store for Braxton’s Alexis Taylor.  And in this Every Day is Christmas world, despite the proliferation of ride-sharing, there’s still a fortune to be made in the car-driving business.  Unsurprisingly, that economy suffers from the same bouts of randomness as It’s Christmas, Eve, which features a country nearly bursting at the scenes with interim superintendent jobs.

Shockingly, it was Mariah Carey’s animated film that ended up sticking as close to the real world as possible.  Sure, it seemed kind of suspect that Vicki and Grace, the so-called “coolest kids in the whole school,” are super-into…being on time.  But everything else – every shoe Mariah’s dog ate, or bodily function he acted on at an inopportune time – was the most believable of all.

They’re all over the fashion spectrum.

LeAnn Rimes spends the entirety of It’s Christmas, Eve parading around in a gorgeous collection of tailored wool coats and perfectly draped scarves.  I can’t even complain about her inexplicably wearing them indoors (as she does…repeatedly) – the eye candy is worth it.

In Mariah’s animated world, dressing like your dog is the norm (and somehow, every dog is totally cool with wearing a hat).  Though I couldn’t see managing that many accessories in real life (particularly by a bunch of elementary-aged girls), I appreciated the instinct.

And then there’s Ms. Braxton.

Now admittedly, Every Day is Christmas features some truly excellent berry shades of lipstick.  And though it’s not technically fashion, watching this guy make a kissy selfie face made up for a lot.  Still, nothing could quite compensate for the movie’s inexplicable parade of questionably designed dresses.  Braxton’s Alexis Taylor never met a ruffle that she didn’t insist on placing over every inch of her body.

But hey, if that’s what it takes to get an extremely hot, sensitive man to secretly pine for you for years, it might be worth a try.

It’s Christmas, Eve is a Hallmark Channel original movie and playing throughout the holiday season.  Showtimes are available here.

Every Day is Christmas is available via Lifetime on demand.