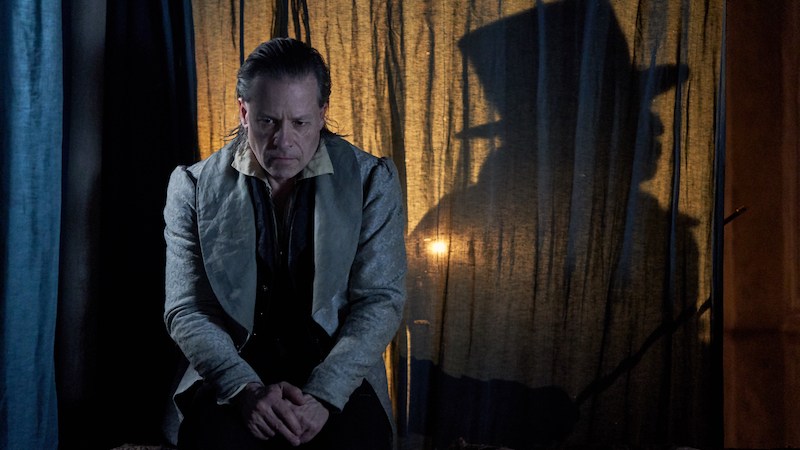 2019 has been a big year for the dark and gritty reboot. An origin story about the Joker seemed ill-conceived and unnecessary, until it became the highest-grossing R-rated movie in history. Wholesome comic staples Archie and Sabrina the Teenage Witch are starring in edgy TV dramas. Even The Banana Splits ended up with a violent horror movie.

Given this climate, it would be easy to dismiss FX’s grimy new take on A Christmas Carol with a cynical bah humbug. But thanks to a strong lead performance, impressive production design and some inspired alterations to the story, A Christmas Carol transcends its inherent superfluousness (an IMDB search for “Christmas Carol” delivers 200 results; we’ve all seen this before).

Written by Taboo and Peaky Blinders creator Steven Knight, A Christmas Carol casts the reliably great Guy Pearce as its Ebenezer Scrooge. At 52-years-old, Pearce is one of the younger Scrooge’s we’ve seen in recent years. Perhaps accordingly, this version of the Dickens classic places a larger emphasis on Scrooge’s transgressions as a businessman, rather than his failings as a curmudgeonly old man.

It also fleshes out his backstory and seems to give the character a touch of OCD, tactics which are necessary to humanize this version of Scrooge. That’s because Pearce’s Ebenezer is an absolute monster, more sociopathic war criminal than Christmas crank. Scrooge and his deceased business partner Jacob Marley (Stephen Graham) are responsible for a deadly Christmas Day accident at one of their mines; there’s real blood on his hands. Perhaps worse, Scrooge torments Mary Cratchit (Vinette Robinson) in ways that are so genuinely cruel, it’s difficult to see how he can ever be redeemed (Mary’s sizable role here is possibly the biggest change to the story).

If these elements nod toward the sins of modern capitalism, a more detailed look at Scrooge’s history illuminates how he ended up so mean-spirited and twisted in the first place (he has daddy issues, but you probably suspected that). It’s up to you whether or not to buy personal trauma as justification for some truly reprehensible behavior, but at least the ending feels fittingly measured and restrained.

The best part about A Christmas Carol is its rich production design. Fans of Taboo will recognize the coal-choked streets of 19th-century London, while those who watched Peaky Blinders will undoubtedly notice the care and craft that has gone into the costuming (the white overcoat that Scrooge wears during his time with the ghosts is particularly striking). And although Scrooge is noticeably younger than in most iterations of this story, the makeup and lighting gives him the gaunt, pale look of someone whose moral failings are written on their face.

Ultimately, this version of A Christmas Carol has enough new elements to recommend it to those beyond Christmas Carol completists. Be warned, however: Scrooge’s dark night of the soul has rarely been rendered so pitch-black.