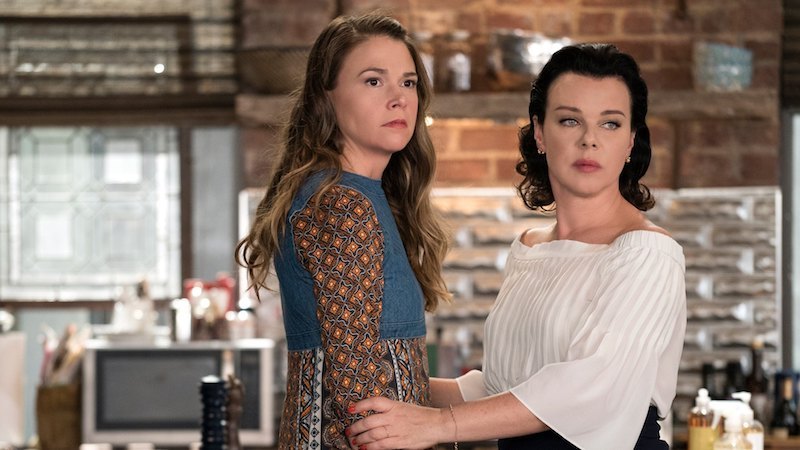 In a sort of metatextual comment on its own themes, TV Land’s flagship drama Younger keeps getting better as it gets older. Initally premised around Liza (Sutton Foster), a 40-year-old divorcee, lying about her age to get back into the workforce, Younger is a meditation on the idea that we are not defined by age or the perception of others, but by the books we read, the words we speak, and most importantly, how we uplift others. Now that Liza’s age is no longer a secret to anyone, the slate is wiped clean and gives us much to look forward to in Season 6. Here are our top five burning questions:

The biggest thing to look out for this season will be to see how Liza’s relationship with Charles (Peter Hermann) evolves after the career sacrifices they have made for each other. Will it be too much pressure for them? Will Josh enter the picture once again, igniting yet again the never ending love triangle?

At the end of the last season, in a shocking twist, Charles named Kelsey (Hilary Duff) as the new publisher of Empirical. How will she tackle the role knowing her peers will underestimate her? She’ll be fighting for her career and personal growth with Diana (Miriam Shor) and Zane (Charles Michael Davis), respectively: Diana seemed to be Charles’ obvious successor until Millennial took center stage, it’ll be interesting how she reacts to being under Kelsey. And Zane showed that, against all odds, that he does have a heart by confessing his love for Kelsey. As both take on new jobs, can they make room for each other, or will they rekindle their rivalry?

There might be a complication on Josh (Nico Tortorella)’s side of the series’ central love triangle: After not seeing his green-card wife Clare (Phoebe Dynevor) for nearly all of Season 5, she shows up pregnant at Josh’s door. While he was dreaming of a baby with someone he loved (i.e. Liza) now we can see Josh get the opportunity to truly grow up. Will he fall into the tropes of being a dreamy single dad, or run from his responsibilities? Seeing him rise to the occasion after a dream deferred and how he can grow from that would be a fitting evolution of the fan-favorite character.

4. The Future is Female

As the Liza/Charles romance moves to center stage, some of the most intriguing storylines will be outside of the bedroom. Younger excels when it is making commentary on the relationships between women and how they succeed together, in the workplace or elsewhere. No one exemplifies this more than Liza and Kelsey. Seeing them grow together as the leaders of this publishing company might be the most rewarding development Season 6 has to offer. Women being in more places of power is better for everyone and it’s exciting to see an example of that in this series. This is not to mention how the show confronts ageism, sexual orientation, gender norms and the ever-evolving publishing industry, to name just a few.

Evolution is necessary for this show to continue. For five seasons, Liza’s lie was the entire premise of the show. Now that that central plot point essentially doesn’t matter, Younger has the chance to grow even more mature: the show has room to breathe and more social constructs to break down, and we can’t wait to see how showrunner Darren Star and company attack the open field.