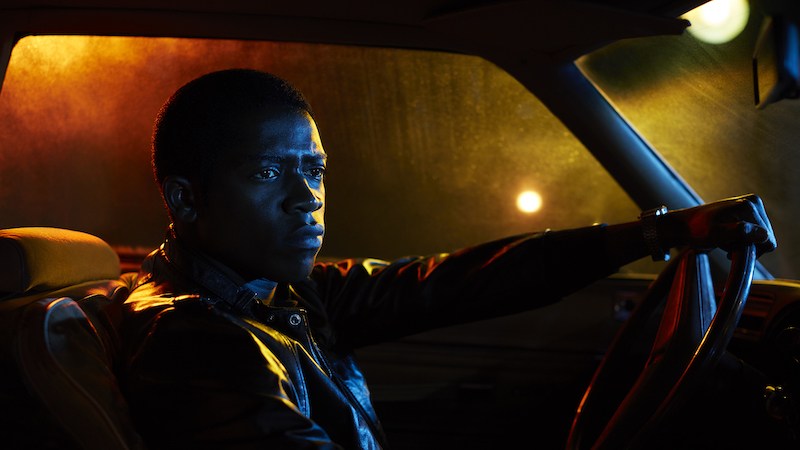 Two years before his tragic death in April due to a stroke, John Singleton returned to the fertile creative ground that made him famous: South Central Los Angeles. In 1991, it was the setting for his breakout directorial debut, the Oscar-nominated Boyz n the Hood. Beginning in 2017, it was the setting for Snowfall, a show that chronicles the rise of crack cocaine and the destruction that it wrought on the people of South Central.

Snowfall tells its story through the eyes of young Franklin Saint (Damson Idris), a budding kingpin who sees an opportunity to lift his family out of poverty and the ghetto. The previous season saw Franklin land in jail for the murder of one of his associates, though to be fair, he did so because it was the only way to stop the guy from committing a revenge killing.

It’s immediately clear why and how it is that Franklin has risen to the top of his own empire so quickly. He’s simply smarter and more mature than anyone else in the game, and Idris infuses him with the laidback charisma and intensity that make him a natural leader.

Franklin isn’t in county long before fellow inmates recognize him and give him a well and proper beating. Desperate to get out of jail and stay alive, he enters into a business partnership with Teddy McDonald (Carter Hudson), a drug runner who is secretly a CIA operative funnelling drugs to the U.S. to fund the Contras’ rebel insurgency in Nicaragua.

Teddy is in so deep that he actually shuts down a DEA operation that was poised to break up a huge cartel, and convinces the lead agent, Soledad (Adriana DeGirolami) to join forces with him by promising her that if she gives him enough time to help the Nicaraguan people take their democracy back, he will hand over “every distributor, every dealer, and every supplier.” Teddy, god bless his crazy heart, honestly believes “If we win this war, we can change the course of history.” Thirty-five years on, the notion is as laughable as it is tragic.

The season three premiere of Snowfall finds Franklin and his family busy trying to create a veneer of legitimacy by developing other business. Franklin and his mother are scouting for investment opportunities in real estate, while his uncle Jerome opens a car stereo emporium. But their efforts are little more than side hustles that serve to further expose them to their competitors.

Chief among their competitors is the mysterious “Manboy,” who sends three of his men out to surveil the projects where Franklin reigns supreme. When an ice cream truck full of cocaine and money shows up, the men see a chance to take some initiative only to have things go horribly wrong. When Manboy stops by Franklin’s a short time later to broker a peace, tensions instead get ratcheted up and suddenly Franklin finds there’s yet another front in this endless war.

Lurking around every corner is Officer Andre Wright of the LAPD, who also happens to be the father of Franklin’s on-again, off-again girlfriend. The episode ends with Andre taking Franklin for a ride so they can have a talk in which Franklin accuses Andre of being a man who betrayed his people to a system built to keep them down, willfully ignorant of his own place in that very same system. The chat culminates in Andre promising a war before dropping Franklin off in front of a crack house so he can firsthand the damage he’s doing to his own community. Everyone is the hero of their own movie, but the reality is often quite different.

When Boyz n the Hood came out nearly 30 years ago, it revealed a reality that was totally alien to most Americans and as such had a jarring effect. Snowfall can’t help but fall short of that impact, but it delivers an intricate story driven by a compelling lead and shows that there was plenty of blame to go around.

Watch the Season 3 premiere of Snowfall Wednesday at 10pm ET on FX.