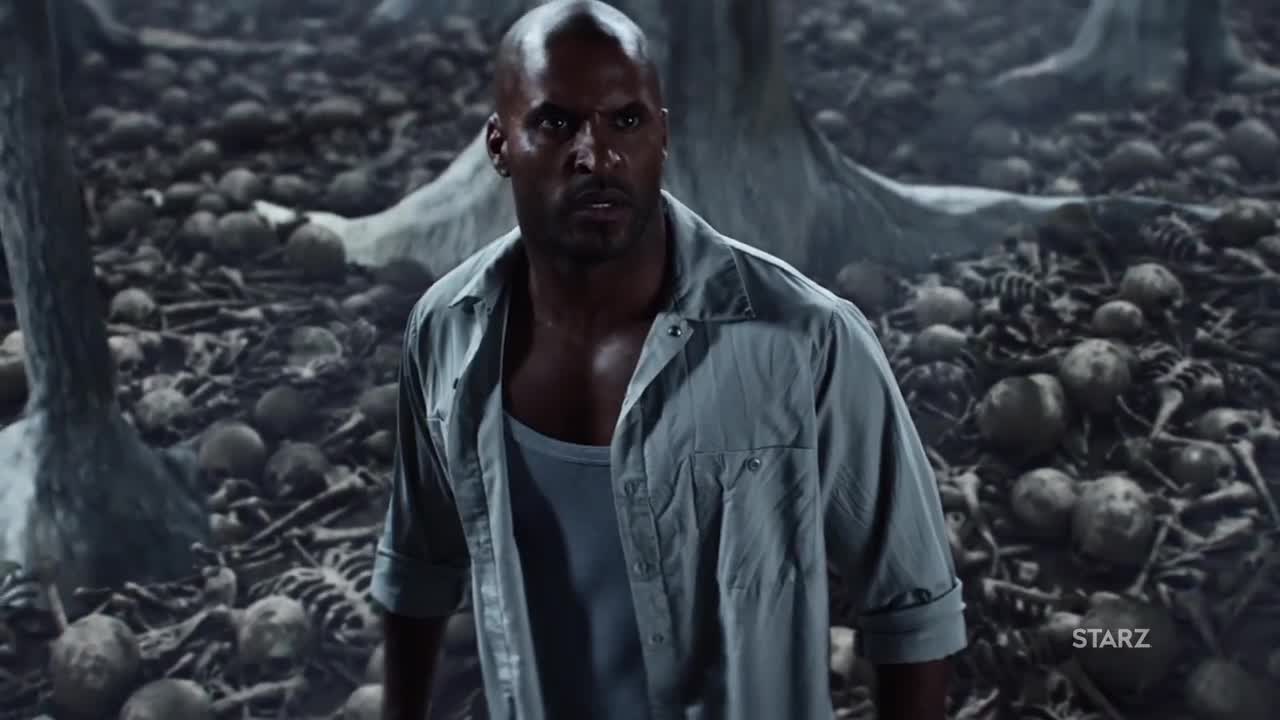 Bryan Fuller proved his genre chops with the short-lived, cult favorites Wonderfalls, Dead Like Me, Pushing Daisies, and Hannibal, but even die-hard fans are in for a shock this Sunday.

Nothing can prepare audiences for the premiere of American Gods—not Game of Thrones’ shadow-demon birth scene, nor any of the batshittery that’s ever gone down on an episode of True Blood. True, anyone who has read Neil Gaiman’s 2001 mythological fantasy will have a pretty good idea what to expect (and which scene in particular will be the most talked about on Monday morning), but even knowing how particular events play out cannot steel your mind sufficiently to witness such events brought to life. Taking great pains not to give anything away, American Gods stretches the limits of visual storytelling beyond conceivable norms, and, as the trailer promises, “Things are never going back to the way that they were.”

Series from showrunner Bryan Fuller tend to burn bright and fast, on average lasting only two short-but-spectacular seasons. Big on visual design and big picture musings, his works attract critical praise and a small but faithful audience before (presumably) someone in accounting decides the expenses outweigh the earnings. The network then announces the show’s cancellation; the show’s fans hastily arrange a campaign in protest; a followup movie gets halfheartedly promised (or worse, delivered: see Dead Like Me: Life After Death); and, lastly, Bryan Fuller announces his next similarly beautiful and ambitious project. It’s the television circle of life.

But Starz’ newest original series promises potential for an end to that disappointing pattern for Fuller and his fans.

American Gods perfectly pairs showrunner and material. For the title’s two fiercely passionate and widely overlapping fan groups—those who love Neil Gaiman’s book and those who love Bryan Fuller’s stylized storytelling—the teaming is a match made in heaven. Perhaps, with Gaiman’s book as a bible, Fuller at last possesses the roadmap he needs to reach the promised land of scripted entertainment: namely, six seasons and a movie.

Bettering the chances of that optimistic outcome, the cast play their roles with uniform perfection, including even Dane Cook in a guest arc (take all the time you need to let that revelation settle in). As Mr. Wednesday, the mysterious drifter who helps set the plot in motion, Ian McShane (Deadwood; Kings with Fuller’s co-showrunner, Michael Green) handles the show’s chewiest dialogue with ease, creating some much-needed gravitas in a story that could otherwise fall apart for its otherworldliness. In episode two, Orlando Jones delivers a particularly moving monologue that will likely be reenacted by drama students for years to come. Gillian Anderson makes memorable appearances as Media, the wisest of the New Gods, who appears in the costumes of iconic figures from pop culture. With such skillful guest actors, though, it may take viewers a couple of episodes to appreciate the quiet lead, Shadow Moon, played by Ricky Whittle (The 100), and his undead alive again wife, Laura, played by Emily Browning. The two provide the vital heart of the series, and future episodes develop their characters with more focus than in the premiere.

Like every other series in the Fullerverse, American Gods relies on a formula that is equal parts morbid and philosophical, but with slower pacing than any of Fuller’s prior endeavors. Whether this more staid approach pays off in an early renewal remains to be seen, but, as the most cunning of the Old Gods says, “It will be glorious, win or lose.”

Watch new episodes of American Gods on Sundays at 10pm ET on STARZ.