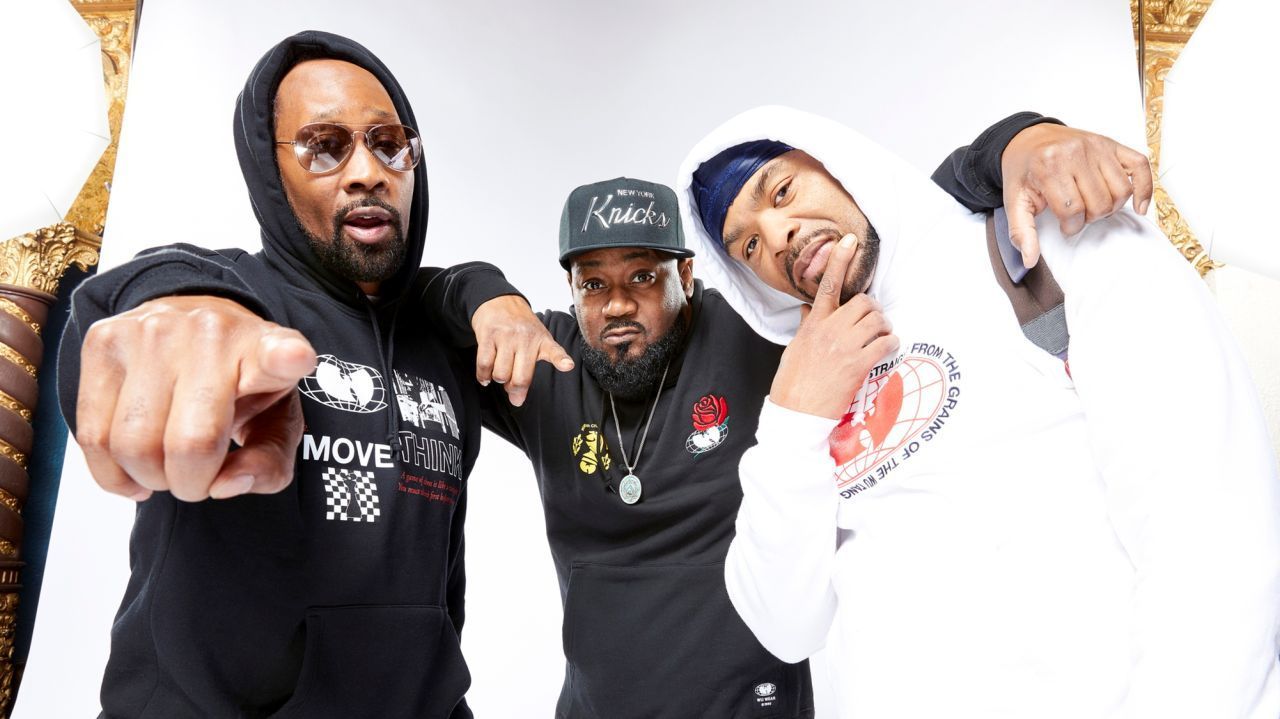 It’s not often that the entire Wu-Tang Clan are in the same room, let alone reminiscing about what made this oversized collection of Staten Island and Brooklyn MC’s — Method Man, Ghostface Killah, Raekwon, Inspectah Deck, Cappadonna, U-God, Masta Killa, Ol’ Dirty Bastard (rest in power), GZA, and mastermind/producer RZA — one of the greatest groups in music history. So it’s an occasion to celebrate, more than 25 years after the release of their legendary debut Enter the Wu-Tang Clan (36 Chambers), when the clan (or, if you prefer, the term RZA uses interchangably uses, family) gets back together for the excellent four-part documentary Wu-Tang Clan: Of Mics And Men, available on demand on Showtime Friday. The only difference here is that you’ll actually want to attend this family reunion.

The first episode fittingly tells the origin story of what Charlamagne Tha God perfectly calls a group of “superheroes that can rap.” Wu-Tang’s jersey would have had a guaranteed place in the rafters just on their innovation of dusty old soul samples and soul-crushingly belligerent rhymes, but this collective is so much more: They are the culmination and representation of knowledge of self. The group’s love of the discipline of martial arts and the Five Percent movement shines through. They carved out a space for Staten Island in the burgeoning ’90s New York Hip Hop scene, but more importantly carved out a space for perspectives that were previously widely ignored.

The strength of this documentary revolves around presenting so many viewpoints, from the mastermind of this whole thing, RZA, going into great detail of his favorite martial arts sword style (Wu of course) over a smoke, to Wu-Tang’s first manager, who knew nothing about the music business but knew how to move (ahem) a product. Even when a member can’t be there physically (Ol’ Dirty Bastard), his mother and family paint a vivid picture about his vibrant personality. This man never wanted to rap but probably had more aspirations to be the next Barry White. Instead he made Wu-Tang for everyone. Even the children. But it doesn’t stop there. The legendary Stretch and Bobbito, who broke Wu-Tang onto the radio, share anecdotes. NaS gives his glowing appraise. Heck, even Seth Rogen stops by. The reach of this family is universal.

That doesn’t mean that this documentary is an easy watch. At times it is rather uncomfortable, but stronger for it. It matches the message of the Wu-Tang Clan perfectly: it’s in your face and it’s raw. That approach only intensifies their reach and the affection you feel for these men and the movement that’s lasted long past 25 years.

Ghostface Killah shares the story about growing up in a borough he describes as the most racist in New York: the Stapleton neighborhood of Staten Island. His mother (Ghost makes one of the best maternal tributes in hip hop history on his debut album) took care of her children after his father split. Two of her sons had muscular dystrophy. She started drinking and Ghost, being the oldest, started taking care of his brothers. Looking back, he says may have been depressed but he didn’t even know it: He was too busy trying to fathom what his brothers were going through because they could do little more than watch TV all day. This man has been shot in the neck, but the story pales in comparison to the pain you can see in his eyes when he’s relaying his regret to the fact that he never took his brothers outside.

I’ve listened to this group religiously since I was in middle school more than fifteen years ago. I never knew anything that personal about any of these members. It is invaluable context for where these guys are coming from and why their music sounds the way it does. Their music gave a voice to a generation that didn’t get much representation before 1993. We need more of these perspectives today and Wu-Tang helped pave the way to make that happen.

Unlike George and Lennie in Steinbeck’s Of Mice and Men, this is not a story of a dream eternally deferred. It is about a mastermind defying gravity to mold nine extremely different personalities that no label would sign into one of most influential music groups of all time. Showtime captures this brilliantly. This documentary is easy to recommend even after the first ten minutes. Imagine the complete anthology of these transcendent super heroes.

The legend of General Wu, the band’s namesake, starts with a journey to the top of a mountain to meditate. He ponders all of the questions of life. He then decides to jump from the mountain. When he jumps, he reemerges as a spirt that became immortal. Wu-Tang means ‘He who is deserving of God’. They couldn’t have picked a better name.

Catch the four-part documentary Wu-Tang Clan: Of Mics and Men on Friday, May at 9pm ET on Showtime, or on demand.