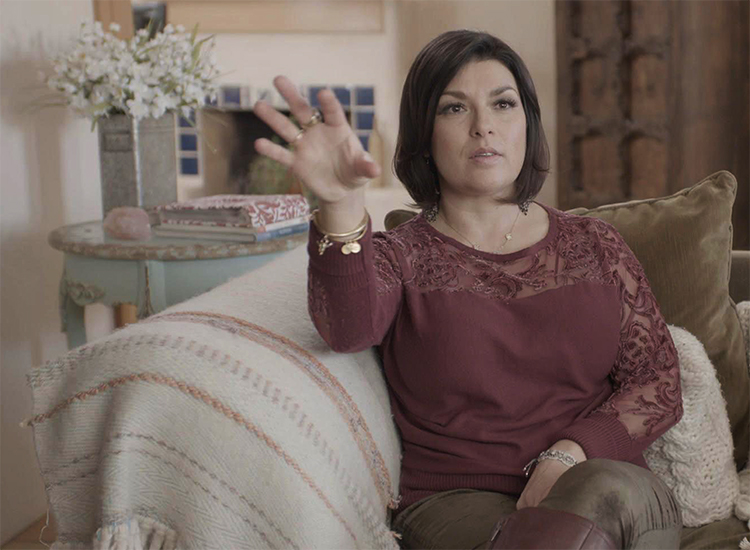 The life (and death) of Jeffrey Epstein is utterly scandalous. The disgraced financier — who allegedly committed suicide in his prison cell last August while facing charges that he sexually abused dozens of women and underage girls — used his wealth, power, and connections to not only exploit his victims, but to then avoid criminal responsibility.

Although the case itself has been extensively covered in the media, the trauma of Epstein’s victims often takes a backseat to the salacious details and scope of his crimes. Not anymore. Lifetime’s new 4-part, two-night special Surviving Jeffrey Epstein foregrounds the histories of the women he manipulated and abused. Hearing their stories one-by-one, a clear picture emerges, one which reveals a specific pattern of cruelty that was born from entitlement.

Here are five things we learned from night one of Surviving Jeffrey Epstein. Watch the final two hour-long episodes tonight at 9pm ET on Lifetime.

With its deep class divisions, Palm Beach County proved to be an ideal base of operation for Epstein to orchestrate his abuse. Although the wealthy daughters of the elites in his beach-front neighborhood were obviously off-limits, the poorer West side of Palm Beach provided a steady supply of young women who were desperately in need of money. Offering them $200 for a “massage” was a major enticement, not just because of the cash but the idea that a powerful and connected men like Epstein could help them break free of their difficult circumstances.

Once Epstein had his hooks in these young women, he would use them as recruiters to find his next batch of victims. Courtney Wild, one of his teenaged victims, says that Epstein would pay her a $200 “finder’s fee” when she brought new young women into his orbit. Beyond demonstrating the sad cycle of abuse, this tactic actually made his victims complicit in his scheme, providing another layer of protection against them potentially turning him into the police.

Following his brief, highly suspicious job as a teacher at one of New York’s most prestigious private schools, Epstein moved onto a finance career at Bear Stearns. According to the documentary, Bear Stearns management was looking for young professionals with “PSD” — those who were Poor, Smart, and Desperate to succeed. Epstein — who skipped two grades and grew up in a working class family that prized connections as a path to power — was the ideal understudy for these values.

One of the primary reasons that Epstein was able to perpetuate his abuse for so long was that he was very careful in choosing his targets. It wasn’t just that he would target girls “who he knew wouldn’t have any adult to stand up for them,” as one psychologist points out. He would take the time to get to know his victims on a personal level and take advantage of their specific weaknesses.

This personality trait wasn’t just deployed on the young women he abused; Epstein was equally savvy at manipulating the wealthy businessmen who would come into his orbit as well. Steven Hoffenberg — who spent 18 years in federal prison for his role in a Ponzi scheme — claims that Epstein was instrumental to his criminal con, and at one point, Epstein convinced Leslie Wexner — CEO of L Brands, the company behind Victoria’s Secret — to give him power of attorney, granting him “sweeping powers over his finances, philanthropy and private life,” according to the New York Times.

As Epstein attempted to make inroads into New York’s high society, he was greatly assisted by the socialite Ghislaine Maxwell. The daughter of a disgraced British newspaper publisher, her connections to the upper-crust proved invaluable in Epstein’s ascent.

But as a glamorous woman, Ghislaine also played a crucial role in gaining the trust of the women and girls that Epstein would abuse (sometimes allegedly with her participation). Surviving Jeffrey Epstein had to be reimagined a couple of times, first after his death and then again after Maxwell was arrested in early July on federal charges connected to his alleged crimes (she has pleaded not guilty). This may have upped her role in the documentary but the best thing about Surviving Jeffrey Epstein is that it centers the voices and stories of his victims, rather than Epstein or Maxwell’s. Hopefully her arrest, along with this special, can help facilitate the closure that they deserve.

Watch the first two parts of Surviving Jeffrey Epstein On-Demand and tune-in to Lifetime tonight at 9pm ET for the final two parts.