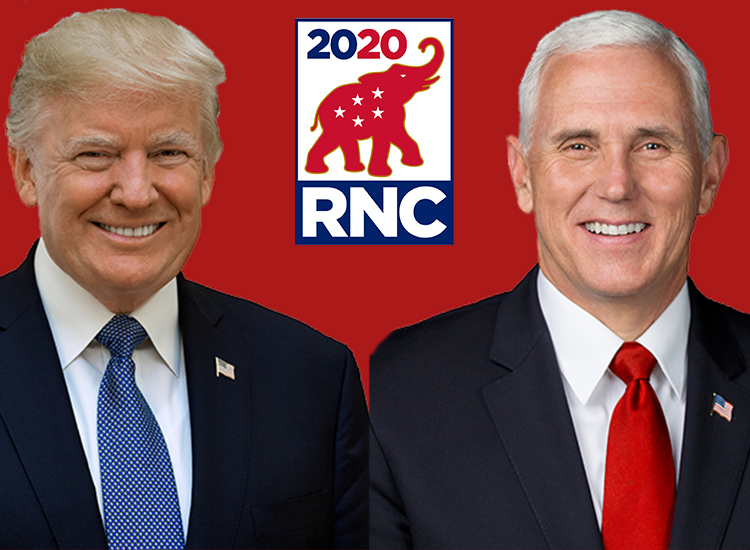 With the DNC all wrapped up, it’s time for the Republican National Cnvention to take center stage. Of course, this year’s convention won’t feature any actual stages, with the pandemic forcing the cancellation of the event in Charlotte, North Carolina. Tonight, that city will still host the first night of the mostly-virtual RNC, as delegates from all states and territories gather to formally nominate President Donald Trump and Vice President Mike Pence for the Republican ticket.

The speakers will include a mix of GOP politicians and their supporters, along with members of the First Family. Like the DNC, the speeches are expected to be a mix of live and pre-recorded. On Wednesday, Pence will deliver his acceptance speech from Fort McHenry National Park in Baltimore, Maryland, before President Trump delivers his the following day from the White House lawn. It will be the first time a Republican has not been at the convention to deliver their acceptance speech since 1936.

All of Sling’s cable news partners will be covering the convention Monday through Thursday; here are the details on their coverage plans, along with a schedule of speakers.

The full list of speakers was not released by the RNC until Sunday, and it includes more than 70 people. President Trump is expected to have a role in each night’s proceedings and, like the DNC, each day will be centered around a different theme.

“We’re going to talk about the American story, about all the accomplishments that we’ve had over the last four years with President Trump and what the president’s second-term vision is going to look like,” Trump campaign advisor Jason Miller told Chuck Todd on Meet the Press.

Here are the speakers to look out for each day (as of Monday morning):

Monday: "A Land of Heroes"

What is the cable news coverage?

Like the DNC, Sling’s cable news partners will be featuring live coverage of the RNC nightly, Monday through Thursday. Here’s what to expect:

For complete coverage of the RNC and upcoming election on Fox News, CNN, and MSNBC, subscribe to Sling Blue by following the link below.