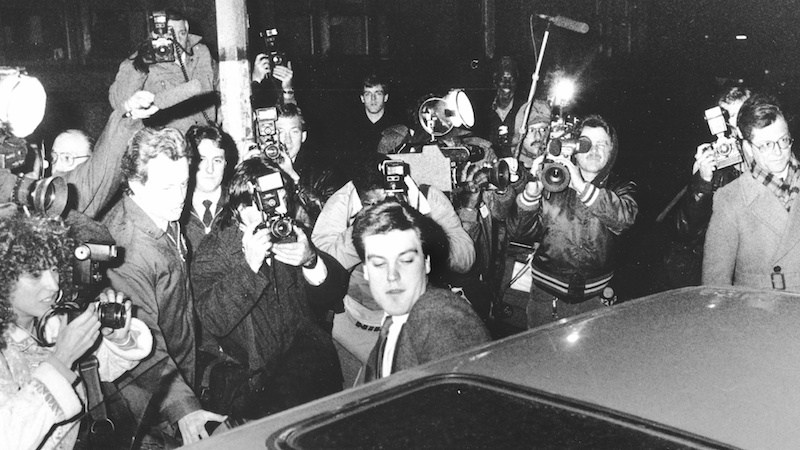 There were more than 1,500 murders in New York City in 1986, but one of them uniquely captured the public imagination and the attention of the city’s tabloid newspapers: that of 18-year-old Jennifer Levin, whose tragic story is at the center of the new true crime documentary series The Preppy Murder: Death in Central Park.

It’s a story that resonates with a newfound intensity in the era of #MeToo, as many at the time seemed inclined to take the word of a privileged, handsome young WASP male over the mountain of evidence that pointed to his guilt. And it’s told by the people who were there: Levin’s mother and sister, her best friends, the detectives and District Attorney who worked the case, and the suspect that the tabloids christened “The Preppy Killer” himself.

Levin was a pretty young woman from Long Island who’d moved into her father’s SoHo loft (long before SoHo was the high-end strip mall it is today) and befriended a group of wealthy kids from Manhattan’s Upper East Side the summer before she was to start college.

She was “confident and independent,” in the words of her mother, Ellen, and very much a product of her generation, before helicopter parenting, when kids were often left to run free. Then, as now, a parent’s worst nightmare seldom came true, but it did for the Levin family, like a bolt from the blue that left her dead and her mother grief-stricken to this day.

On the morning of August 26, a woman bicycling to her job as a Wall Street trader spotted Levin’s body lying near a tree, her arm in an awkward position, her skirt hiked up and her top up around her neck.

In no time, police determined that she had spent the previous evening at Dorrian’s, an Upper-East Side bar popular with underage rich kids wielding bad fake IDs. A few more interviews led police to Robert Chambers, who had been there with Levin and ultimately walked her out of the bar some time past midnight.

Chambers was good looking and well dressed, with “tremendous presence” and “this incredible cockiness about him,” as Det. Mike Sheehan puts it. When police first interviewed him down at his apartment, he was covered in scratches for which he offered an alibi that would be comedic if it weren’t so infuriating and stupid — he had been throwing his cat up in the air. It would seem the cat didn’t care for Chambers’ sense of fun.

Chambers’ story about what happened after he and Levin left the bar started to change upon each retelling until he finally confessed to having killed her. But there was a twist: he claimed it was an accident, an act of self-defense, in which he was trying to hold a sexually aggressive woman at bay.

The Preppy Murder: Death in Central Park ultimately recounts Levin’s life at the time, her untimely death and subsequent investigation, right on through to the plea deal the prosecution offers when it appears that Chambers’ charm and the smear campaign against Levin might be enough to acquit him. It is by turns infuriating and heartbreaking. While justice was ultimately served, it was a relatively small portion, a result made more maddening still by the life Chambers has lived since then.

The Preppy Murder: Death in Central Park airs at 9pm ET over three nights, Wednesday to Friday November 13 – 15, on AMC.