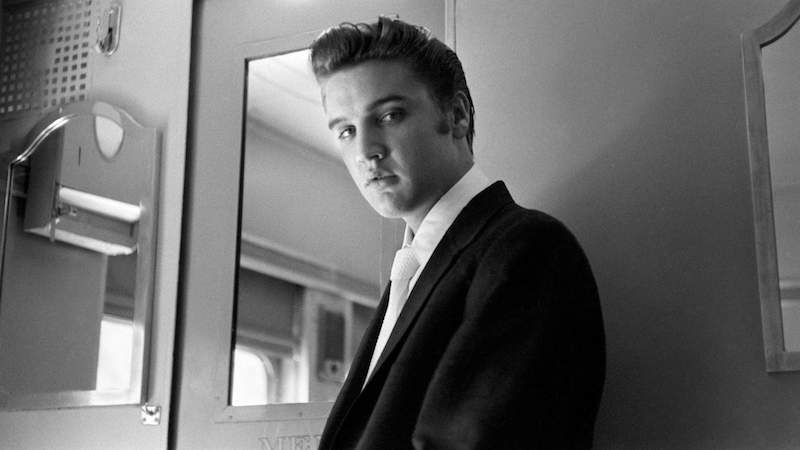 Even 40 years after his death, 44 years after his last hit, everybody knows Elvis. He was the first rock and roll star, the first celebrity so popular to go by just his first name, our first true supernova celebrity, and at least the broad strokes of his meteoric rise and slow, sad fall are familiar to pretty much everyone.

HBO’s new two-part documentary Elvis Presley: The Searcher can’t claim to have any stunning new revelations about the King — all of his dirty laundry has long since been aired — so director Thom Zimny wisely looks at Elvis in a totally original way: as a musician first.

Taking his legendary 1968 comeback TV special (rightly considered the most compelling musical moment of his career) as its framing device, the film traces Presley’s childhood and his early love of gospel, country, and rhythm and blues music, accompanied by liberal use of the original recordings that he loved and would go on to turn into mainstream hits (with his own spin on them, of course), combining all three into an odd hybrid that would come to be called rock n’ roll.

The mythology around Elvis has always been he went from driving a truck to national superstar overnight once he walked into Sam Phillips’ Sun Records. While it’s true the single Elvis cut with Phillips (“That’s All Right” b/w “Blue Moon of Kentucky”) quickly found its way to Memphis radio, The Searcher carefully plots Presley’s course of extremely hard work touring regionally, performing every night for years, including a flop at his first highly coveted booking at the Grand Ole Opry.

Elvis’ brilliant song choices, his role in being one of the first artists to effectively produce his own records, footage of him directing his musicians, and recordings of him playing solo at home (the above rendition of “Mona Lisa” is particularly charming) bring his actual musical gift — as opposed to his overwhelming charisma — to the fore in part one, while part two zeroes in on the way his manager, the self-styled Colonel Tom Parker, steered Elvis’ post-Army career into nearly a decade of artistically starved movie soundtracks, a skid that ended with the brilliant comeback special and a briefly renewed appetite for live performing and recording.

The recently departed Tom Petty along with several admirers and close friends, including Bruce Springsteen, Robbie Robertson, Emmylou Harris, his wife Priscilla, and close friends Jerry Schilling and Red West, provides commentary on Elvis’ life and legacy. Again, there will be little here to surprise Elvis completists, but I found the focus on the music rather than the man and his many demons far more compelling than a seasoned rock-doc addict like myself had any right to expect.

Don’t miss the premiere of Elvis Presley: The Searcher Saturday, April 14 at 8pm ET on HBO, and will be available on-demand.