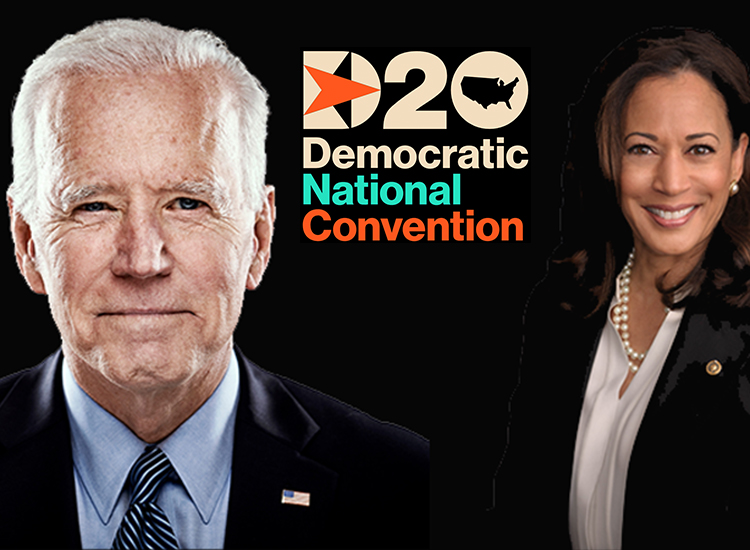 The pandemic has laid waste to all of our best laid plans. The 2020 Democratic National Convention was scheduled to take place this week in Milwaukee, WI, with Vice President Joe Biden accepting his party’s nomination in an arena packed with tens of thousands of his most fervent supporters.

So much for that. Instead, Biden — along with his newly-announced running mate, Senator Kamala Harris — will be officially accepting the Democratic nomination from Wilmington, Delaware. However, the convention will still feature dozens of speakers, and Democrats will hold daily caucus meetings and adopt a platform, meaning the normal party business will still take place, in function if not form.

Cable news networks are planning to cover the convention nightly from Monday through Thursday, which means you can catch all of the electoral action and impassioned speeches right here on Sling. Check out the full list of scheduled speakers below, along with details about the coverage on Fox News, CNN, and MSNBC.

Biden’s coronation at the top of the ticket will be centered around the idea of “Uniting America,” and each day features a different theme. Here’s the full list of scheduled speakers, along with each day’s theme.

Monday: We the People

What about cable news coverage?

CNN, MSNBC, and Fox News are all covering the DNC nightly. By network, here are their coverage plans.

What else should I look for?

On Friday, the DNC announced that a variety of musicians and bands will perform for the DNC throughout the week, including Billie Eilish, The Chicks, Jennifer Hudson, Common, John Legend, Leon Bridges, Billy Porter, Maggie Rogers, Prince Royce and Stephen Stills.

And on Monday, the DNC announced that each night of the event will be emceed by a different actress and activist. Eva Longoria (Desperate Housewives) will be featured on Monday; Tracee Ellis Ross (Black-ish) is scheduled for Tuesday; Kerry Washington (Scandal) appears on Wednesday; and Julia Louis-Dreyfus (Veep) closes out the convention on Thursday.

To watch full coverage of the 2020 Democratic National Convention on CNN, MSNBC, or Fox News, sign up for Sling Blue using the link below.