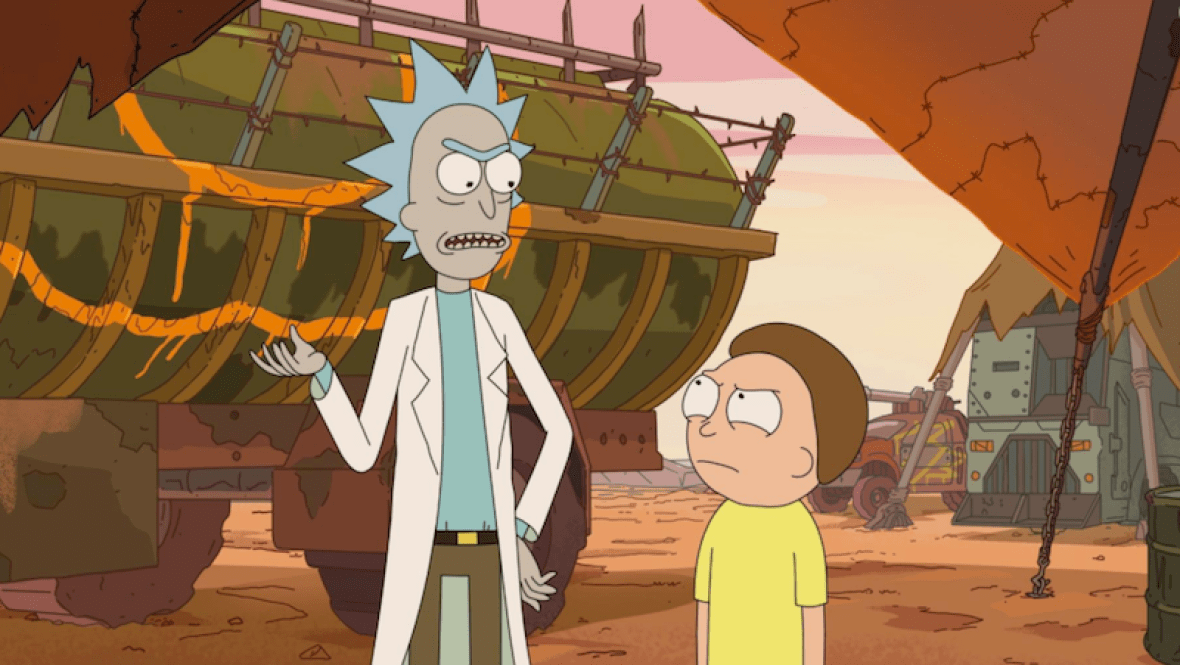 The long, long, long wait is over: 18 months after its season 2 finale placed drunk misanthropic science genius Rick Sanchez in a supermax Galactic prison with no chance of parole (and three months after Adult Swim surprised fans by running the season 3 premiere on April Fool’s Day), the best animated comedy on television is back.

In case you are not familiar, Rick and Morty follows Rick, who’s invented interdimensional time and space travel, and his naive, trusting, loyal grandson Morty all over the universe on missions to preserve the fabric of reality, to steal cool alien stuff, or just to make trouble on other planets while Rick insults Morty’s intelligence, competence, and common sense at every turn — though, to be fair to Morty, he talks to pretty much everyone that way.

It’s hard to remember a comic character as immediately indelible as Rick Sanchez, the Einstein-haired, hygienically-challenged, usually-inebriated tower of condescension that forces poor little Morty to do his bidding when it’s time to, say, steal back Rick’s recipe for concentrated dark matter (it makes time travel possible, stupid) from the Zigerions, who also happen to be very uncomfortable with nudity, or to casually join up with a band of post-apocalyptic scavengers because they have a glowing green rock he likes. Rick treats every question like it’s stupid, every answer like it’s obvious, and every bizarre development (like visiting an alternate reality, or his grandson impregnating an alien sex robot) like it’s nothing he hasn’t seen before. He can’t get through a sentence without making a weird burping noise and he’s one of those guys who tries to work your name into everything he tells you.

This show goes pretty deep in exploring way-out science fiction concepts, but it’s grounded by a steady stream of pop culture references, parodying other sci-fi ideas (like The Lawnmower Man and Inception) or general cultural touchstones (like Jack and the Beanstalk and Titanic) to either point out logical fallacies, ask questions that the original works left unasked, or just, you know, goof on them.

But what really keeps the show from spinning off into orbit with the Gazorpazorps is that it gives nearly equal time to the rest of the family: Morty’s big sister Summer and his parents, Jerry and Beth (Rick’s daughter). Beth and Jerry’s marriage has been fragile for the run of the series, mostly because Jerry is a total schlemazel, and without getting into spoilers, that situation does not improve in the early going of season 3, which has a ripple effect through the family: Rick is including Summer in his and Morty’s adventures with increasing frequency, Summer seems to be taking to Rick’s violent escapades with alarming zeal, and Morty is losing patience with the obvious fact that Rick doesn’t really care about any of them. Rick promises toward the end of the season 3 premiere that things are about to get darker than ever, which for a show that regularly features casual alien murder and plays Rick’s amorality for laughs is really saying something.

A show like this has to be animated – otherwise every episode would have a higher budget than Game of Thrones. Animation allows the show’s creators, Justin Roiland and Dan Harmon, to indulge their every whacked-out whim, and their love of the sci-fi genre is evident and matched only by their imaginations.

Most importantly, though, this show is funny. Really funny. I’ve laughed out loud at least half a dozen times during every episode I’ve seen, both because every plot takes at least a couple of weird, hilarious turns, and because the thing is loaded with jokes, expertly delivered by a cast including Roiland (who plays both Rick and Morty), Chris Parnell, Sarah Chalke, and Dan Harmon, with guest appearances by a who’s-who of comedy including David Cross, Paul F. Tompkins, John Oliver, Dana Carvey, Joel McHale, Tony Hale, and on and on and on.

Better yet, every episode is so densely packed with both jokes and far-out scientific concepts that they stand up not just to repeat viewings but repeat repeat viewings. Wubba lubba dub dub!

New episodes of Rick and Morty air 11:30pm ET Sundays on Adult Swim, and will be available next-day on-demand.