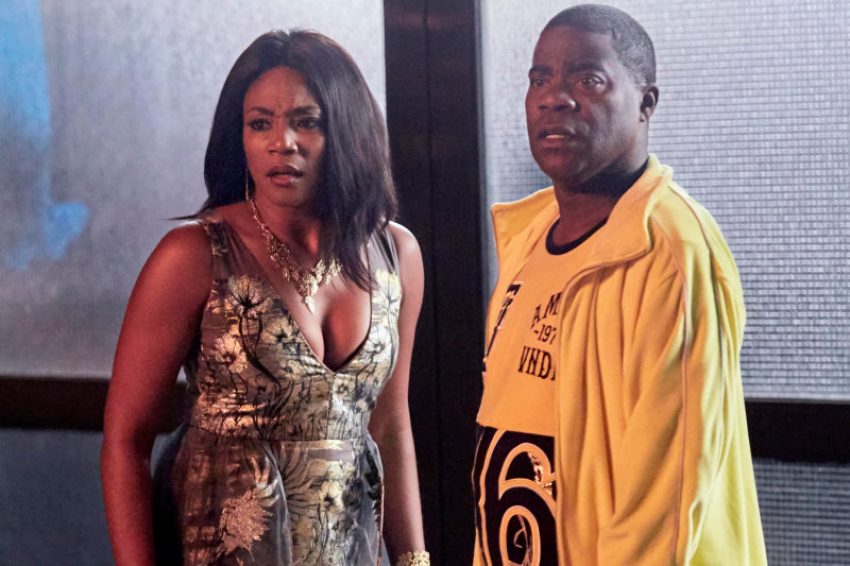 Tracy Morgan more than earned his place at the top of Comedy Mountain a long time ago, with  seven-year runs on both Saturday Night Live and 30 Rock, but his career was rudely interrupted in 2014 when he was in a near-fatal car accident that kept him out of action for over a year.

Morgan returns to TV this week in The Last O.G., and the most surprising thing about it is that, quite unlike his work on SNL and 30 Rock, it is not cartoonishly silly, and gives Morgan a chance to actually create a real character with a history, real feelings, and concrete goals — while still being funny.

Morgan brings a bit of his own checkered pre-showbiz backstory, as well as his new post-crash lease on life, to bear in his portrayal of Tray, a Brooklyn drug dealer recently released after 15 years in prison, back in his old neighborhood and looking to pick up where he left off with his girlfriend Shay (Tiffany Haddish), who he soon learns spent his time away pulling herself up to an upper-middle class career, a white husband (Ryan Gaul), and most distressingly/delightfully, a pair of 15-year-old twins who look a lot like Tray.

Even before he meets those kids, or tries to reconnect with Shay, Tray comes out resolutely determined to be a better man than the one that went in by lecturing neighborhood kids to stay away from drugs and not to make the mistakes he made, and the show mines a lot of humor from the fact that Brooklyn changed as much or more as Tray did while he was away.

The biggest surprise in The Last O.G., though, is Morgan himself. After 20 years playing outlandishly ridiculous characters like Brian Fellow and Tracy Jordan, here he plays an actual romantic lead, and even more surprising, pulls it off. His easy chemistry with Haddish, by turns antagonistic and affectionate, is the show’s oxygen, and gives Tray a True North to guide his actions.

Creators Jordan Peele and John Carcieri wisely surround the central love story with plenty of interesting characters, including the drug dealer Tray declined to snitch on, who now owns an overpriced coffee shop; the other ex-cons at the halfway house where Tray is staying, with a particularly amusing Cedric the Entertainer as the man in charge.

It’s a different Tracy Morgan than the one we’re used to, but don’t worry, he does threaten to get someone pregnant.