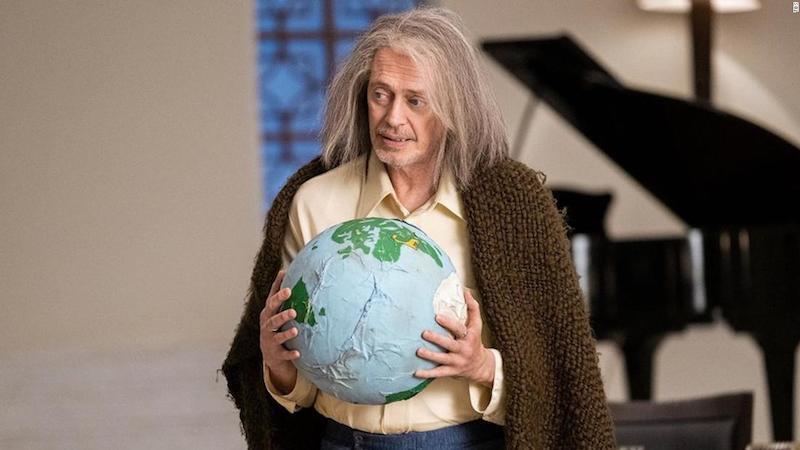 Sooner or later in your working career, you’re bound to run into a certain type of boss. The type that’s been on the job too long, has lost the will to innovate the way they did when they started, or even to continue the project you just got hired onto. How are you supposed to get ahead when your own supervisor is over it? The first season of anthology series Miracle Workers, a Heaven-set workplace comedy based on former SNL writer and Man Seeking Woman creator Simon Rich’s book “What in God’s Name,” imagines just such a scenario — if the boss was God.

Daniel Radcliffe (you may know him from some movies about a school for wizards) plays Craig, a low-level angel responsible for handling all of humanity’s prayers, and Steve Buscemi plays Craig’s boss God, who has pretty much checked out and is ready to move on to his next project. When fellow angel Eliza (Geraldine Viswanathan) joins Craig’s team, they come across two star-crossed lovers on Earth too shy to take the risky leap of love. However, when God informs his heavenly host of his plan to destroy Earth and start over, Craig and Eliza concoct a risky plan: To save the world, Craig and Eliza must formulate a Rube-Goldberg-esque strategy to get the prayerful lovers to fall for each other in one week or kaboom.

As the countdown progresses, the crew of angels set on preventing Earth’s destruction get themselves into some truly sticky situations. When God’s right hand man Sanjay (played by Karan Soni) joins the rag-tag duo of aspirational prayer answerers, the hilarity and creativity skyrocket. From start to stop, each episode is a guilty pleasure.

And, don’t assume this first season ends on a cliffhanger cleverly designed to reset the whole premise and extend into additional seasons. While there may or may not be a second season for the show, creator Rich’s idea has always been to limit the story to one season, and if renewed, recycle the cast into a whole new story on the broad theme of existential dread — not unlike the American Horror Story approach — so without spoiling anything, let me assure you that the stakes are real and the clock is ticking.

All seven episodes of Miracle Workers are available on demand on TBS.