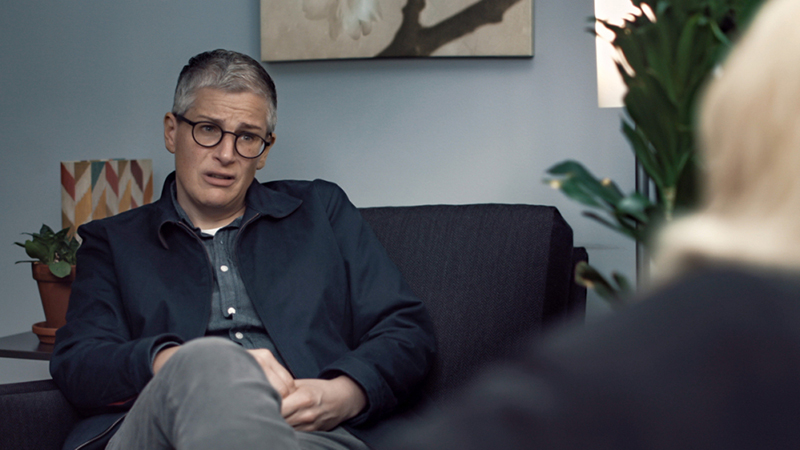 It’s interesting to look back on all the progress that has been made in the LGBTQ community in the 10 years since the trailblazing Showtime drama The L Word went off the air. From the legalization of same-sex marriage to the first openly gay politicians, a lot has changed for the better in the past decade (though clearly, there is a lot that still needs to improve as well).

With a new generation coming of age and coming out under very different circumstances, it’s a great time to revisit The L Word universe. Showtime’s new series The L Word: Generation Q brings back some of the characters from the show’s original run, while introducing a new cast that better reflects the changes in culture.

Returning castmembers include Jennifer Beals as Bette Porter, who is now running for mayor of Los Angeles while raising her 16-year-old daughter Angie; Katherine Moeninig as Shane McCutcheon, who is moving back to L.A. after cashing in on her successful salons; and Leisha Hailey as Alice Pieszecki, who is now a popular late night talk show host. The chemistry between the three old friends remains strong and 10 years on from The L Word finale, it’s interesting to see them dealing with more mature issues, like how to balance their family and careers.

Like its predecessor, The L Word: Generation Q is melodramatic while remaining grounded; although certain plot points and connections feel highly contrived, those moments are balanced out by elements that feel unforced and naturalistic. Dani and Sophie’s relationship, for example, has an authentic energy and Toboni perfectly exudes the wide-eyed sense of wonder endemic to young people in California.

Showtime’s other new Sunday night series, Work in Progress, is nothing short of phenomenal. Abby McEnany plays Abby, a 45-year-old who describes herself to her therapist as a “fat, queer dyke” and is planning to kill herself in 180 days if life doesn’t improve. Then her therapist dies. In front of her. Right as she’s made this confession.

This is a SUPER dark foundation to build a comedy series on, and yet the pilot episode of Work in Progress is genuinely hilarious. It’s one of those shows that takes a basic comedic premise — Abby running into SNL’s Julia Sweeney, whose androgynous character Pat was the bane of Abby’s life in the ‘90s — and stretches it in unexpected and poignant directions.

It also tackles gender identity in a way that feels almost unprecedented. As Abby begins a relationship with a much younger trans man, the two explore their identities and age differences from a place of compassionate curiosity. Thanks to McEnany’s deadpan, dry delivery and the show’s strong writing, it’s deeply funny rather than mean-spirited or pandering.

Like watching a tightrope walker juggle bowling pins, Work in Progress could go wrong in so many ways, it’s almost miraculous that it pulls off its trick. If The L Word: Generation Q is a welcome trip back to a familiar neighborhood, Work in Progress is the show that now feels groundbreaking. Like the LGBTQ community, it shows there’s still room to grow.

Tune into Showtime on Sunday, Dec. 8 at 10pm ET for the premiere of The L Word: Generation Q, followed by Work in Progress at 11pm ET.