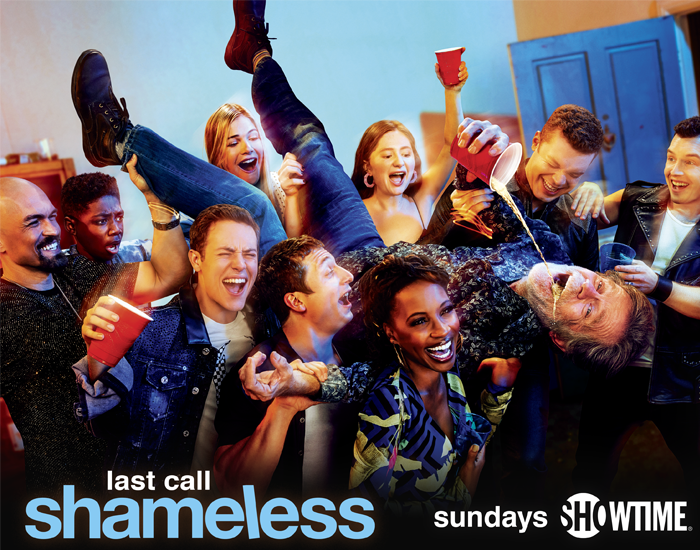 “How do I say goodbye to what we had?/ The good times that made us laugh/ Outweigh the bad”

Whenever you’re at a loss for words, just turn to Boyz II Men. The group’s lyrics can succinctly express a mood. And the imminent end of Showtime’s long-running dramedy Shameless after ten seasons has us in one on par with Frank Gallagher’s worst stupors. We haven’t felt this bad since Emmy Rossum departed the show back in 2019.

The inevitable, bittersweet farewell to this vexing clan from Chicago's South Side begins Sunday, Dec. 6, with a final batch of episodes altered to recognize pandemic life.

Here’s where we left the Gallaghers at the end of Season 10, back when social distancing was merely a good name for a punk band:

Wedded bliss awaits Ian (Cameron Monaghan) and Mickey (Noel Fisher). The on-again, off-again couple get hitched despite the vulgar and violent objections of Mickey’s dad Terry (Dennis Cockrum) who burns down their original wedding venue and shows up at the nuptials wielding a shotgun. Determined to have a ceremony with all the bells and whistles, Ian and Mickey end up at the Polish Doll – a venue not exactly hip to non-traditional declarations of love. The couple exchange vows without Debbie pretending to be the bride (to appease the bar’s bigoted owners) and dance to Ed Sheeran’s “Perfect.”

Following a huge fight over Lip (Jeremy Allen White) bailing on their plans to move to Milwaukee and instead buying a dilapidated house down the block from his vortex of a family, and overwhelmed by seeing Tami (Kate Miner) and baby Fred at the wedding, the eldest Gallagher brother breaks his hard-won sobriety with a few rum and Cokes. As he tries to get to an AA meeting, Tami witnesses his altered state. It must have softened her heart, because the next time we see Lip, he is working on the house and she shows up to help.

The cops come a-knocking for Debbie (Emma Kenney) after she tries to pull off a relationship with a mother, Claudia (Constance Zimmer) and her minor daughter, Julia (Alison Jaye). Turns out Julia only pretended to have feelings for Debbie (and women in general, as she admits to her next conquest, Carl) to get back at her mother for whatever co-dependent trauma they’ve spent a lifetime cultivating. Angry about Debbie’s deception, Julia alerts the authorities – prompting Debbie to go on the lam.

Always scheming, Kevin (Steve Howey) starts training wealthy men in the back of the Alibi using his own unorthodox fitness plan, and hides the money made from this hilarious side hustle from Veronica (Shanola Hampton). Tension builds when she discovers both the lies and the cash, but it fades when Kevin admits the extra income went towards buying an engagement ring.

Shameless premieres Sunday, Dec. 6 at 9 pm ET on Showtime. Hit the link below to add Showtime to your Sling subscription FREE for one month!