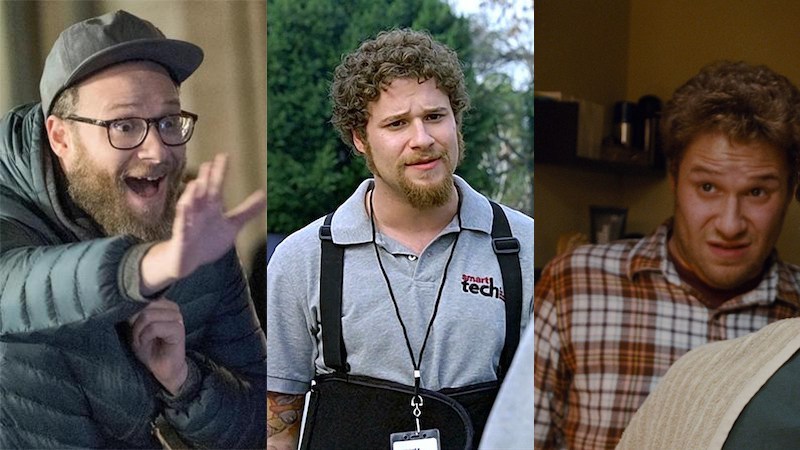 Seth Rogen first entered pop culture zeitgeist in 1999, as a castmember on Freak and Geeks. The show survived for just 18 episodes, but it launched a staggering number of careers as it starred Rogen, James Franco, Linda Cardellini, Jason Segel, Martin Starr and Busy Phillips, and had Paul Feig and Judd Apatow as creator and producer, respectively. Since then, Rogen’s become a key member in one of the most prolific and powerful crews of comedians in Hollywood, one that has delivered some of the funniest movies of the last 15 years, with Rogen serving as actor, writer, director and producer.

This Friday, Rogen and friends will unleash their latest effort, Good Boys, the story of three foul-mouthed pre-teens who “borrow” a drone belonging to one of their dads so they can spy on a teenage makeout session, but things go sideways and the drone slips out of their possession. They spend the rest of the day in a desperate chase to get the drone back before dad realizes it’s missing, and along the way, they accidentally steal some drugs, get caught in some frat-house crossfire, and find themselves on the run from the cops and teenage girls.

While you wait for your chance to see it in theaters, you can bide your time by renting some of Rogen’s best efforts via Sling:

The 40-Year-Old Virgin: The movie that started it all, directed by Judd Apatow, it stars Steve Carrell as Andy, the titular virgin whose friends have decided that his four-decade-long cold streak must end. Rogen co-produced the film and stars as Cal, one of Andy’s co-workers and friends who endeavour to get him laid.

Knocked Up: This was Rogen’s first starring role, as Ben, a layabout stoner living off of funds received as compensation for an injury and his sporadic work on a website that catalogues nudity in films. Through the magic of Hollywood storytelling telling, this doughy, pasty do-nothing somehow lands in bed with a tall, gorgeous, successful driven local television reporter played by Grey’s Anatomy star Katherine Heigl. Much to everyone’s dismay, she finds herself eight weeks later to be with child —#8212; hilarity ensues.

50/50: An overlooked gem from 2011, this film stars Joseph Gordon-Levitt as Adam, a young man who learns he’s got cancer, with Rogen riding shotgun as the best friend who tries to leverage the illness to pick up women. The film has an all-star cast that includes Anna Kendrick as Adam’s therapist, Bryce Dallas Howard as his girlfriend, Anjelica Houston as his mother, and Matt Frewer and Philip Baker Hall as fellow chemo patients who introduce him to the glories of edible marijuana.

Long Shot: Rogen returned this past spring to leading man status as Fred Flarsky, a lefty muckraking journalist in yet another film in which Rogen beds a tall, sexy, ambitious blonde — but this one is even hotter and more successful: Charlize Theron co-stars as Secretary of State Charlotte Field, who has her eyes on the White House. They meet at a cocktail party where she recognizes him as the schlumpy neighborhood kid she used to babysit when she was in high school and eventually hires him as a speechwriter. O’Shea Jackson Jr. steals every scene he’s in as Fred’s best friend and Bob Odenkirk is at his greasiest as POTUS.

Preacher: Rogen and his co-writer/producer Evan Goldberg called on their love of comics — also evident in their 2011 adaptation of The Green Hornet — for this AMC series based on Garth Ennis’ Vertigo Comics cult favorite, which just began its fourth and final season. Despite its irreverent (to put it lightly) and often macabre content, concerning as it does matters of spiritual damnation, Preacher is often infused with moments of humor befitting its creators, and features strong lead performances by Dominic Cooper and Ruth Negga.

You can rent The 40-Year-Old Virgin, Knocked Up, 50/50, and Long Shot are available for rent on Sling TV; Preacher airs Sundays at 10pm ET on AMC.