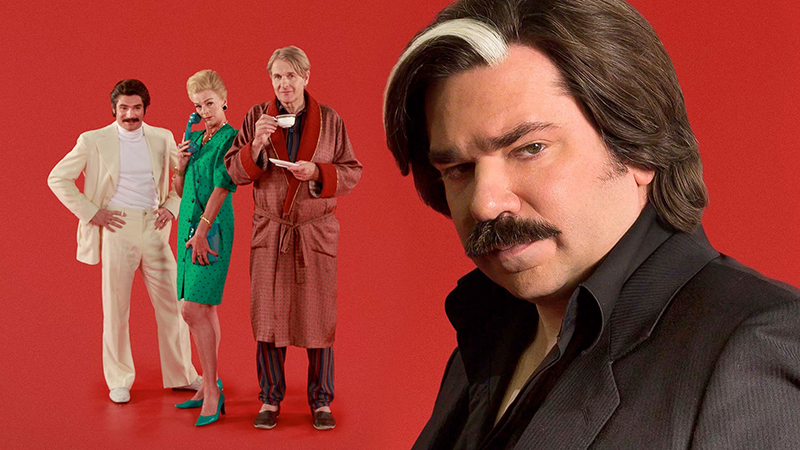 Matt Berry has been among England’s hardest working comedic actors for more than 15 years now, gamely playing second banana to some of the greats, including Richard Ayoade, Chris O’Dowd, Julian Barratt, and Noel Fielding. Now and again, however, he takes center stage and the results are typically bonkers. Such is the case with Toast of London, the new IFC import in which Berry stars as Steven Toast, a down-on-his-luck stage actor.

Toast is recently divorced and crashing in what appears to be a friend’s closet, while starring in a play so foul that we never hear its name. He also finds himself in the crosshairs of a fellow thespian, Ray Purchase, who abuses his side gig as a police sketch artist to exact revenge.

Part of Berry’s schtick is to read every line, no matter how mundane, with the tenor and volume of a Shakespearean trying to get the ear of that poor soul sitting in the very last row of the theater. His chest is thrust out, his voice is loud and his diction is impeccably sharp; it makes Toast’s inherent absurdity even more absurder.

Simultaneously understated and absurd is the prevailing comedic ethos at play in Toast. When Toast is about to be caught sleeping with another man’s wife, she tells him to hide in the closet, whereupon the camera pulls back to reveal a armoire standing in the middle of the bedroom, which, rather conveniently, is totally empty.

Berry’s big break came in 2004, with the dual role Todd Rivers and Dr. Lucien Sanchez in Garth Marenghi’s Darkplace, a totally gonzo, hyper-meta send up of ‘80s sci-fi and horror, brimming with intentionally terrible effects and laughably low-budget production values. Around the same time, Berry was portraying the adventurer Dixon Bainbridge on the legendary The Mighty Boosh.

Shortly thereafter, Berry had a supporting role on The IT Crowd, then moved onto Toast of London starting in 2012. Although the show is only now reaching our shores, Berry won the 2015 BAFTA for Best Male Performance in a Comedy Programme. More recently, he is currently one of the stars in the television adaptation of What We Do in the Shadows, the cult classic vampire comedy which was written and directed by stars Jemaine Clement and Taika Waititi.

Whether he’s center stage or just outside the spotlight, Berry is a reliably gung-ho actor willing to subjugate himself in the pursuit of comedy and more often than not he delivers the goods. Toast of London is simply more of Berry doing what he does best.