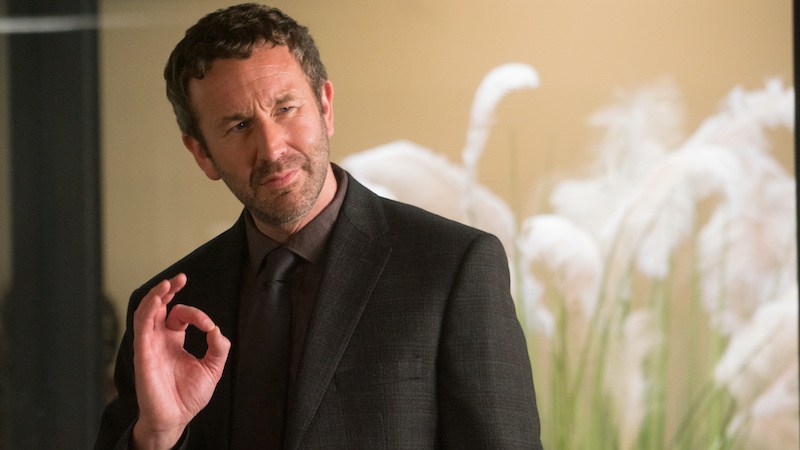 In the event that you’re unaware, and it’s clear that too many of you are, Get Shorty is a dramedic series based on the Elmore Leonard classic of the same name, which previously spawned a hit movie with John Travolta and Gene Hackman. The series is a sort of remix on the source material, and stars Chris O’Dowd as Miles Daly, an ex-gangster-turned-aspiring movie mogul and Ray Romano as Rick Moreweather, a movie mogul who falls for the head of a drug cartel. The series shares very little in common with its predecessors except for a title and the premise of a career criminal trying to make a go of it in the viper pit that is Hollywood.

Get Shorty joins a rich tradition of Hollywood turning the camera on itself to explore just how awful the people at the top of the food chain are. Watching gangsters get out-gangstered by a bunch of soft-looking movie execs is a lesson just how awful the excesses and egos involved are.

O’Dowd is perfectly cast as a shaggy dog with charm to spare who’s mean enough and tough enough to throw elbows, but endearing enough that you can totally root for him. As he showed earlier this year in Sundance’s brilliant mini-miniseries State of the Union, O’Dowd is just so innately likable that viewers can tolerate a mountain of bad behavior while still rooting for him.

At the end of Season 2, Miles was in prison, watching from afar as his name was scrubbed from the hit film he helped make, Wylderness. Adding insult to injury, the scrubbing was done by Lawrence Budd (Steven Weber), the very same man who helped have Miles put away. Oh, the indignity. In meditating on what makes Budd so successful as a movie producer, Miles notes “He has no conscience, no honor. Maybe that’s what’s been holding me back.”

Rick, meanwhile, was jetting off to Guatemala to marry Amara, Miles’ old boss, who’d gone on the lam into the Central American jungle to open a new operation after landing on the America’s Most Wanted list.

As part of his effort to pursue a more ruthless approach to his moviemaking dreams, Miles employed the services of his fellow inmate and business partner, Swayze (played by Raymond Cruz, who was electrifying as the scenery-chewing Tuco Salamanca on Breaking Bad, but here seethes with quiet intensity and sports Fabio-esque locks). One of Swayze’s men on the outside broke into Budd’s home and left a jar with another man’s “wedding tackle” in his bathroom. You know, as one does.

Season 3 finds Miles out on parole and living in a halfway house for the remainder of his sentence. One of his first stops is at Budd’s office, where he saunters in all smiles and good tidings. He wants Budd to give him a job at the studio; when Budd says they’re only hiring assistants at the moment, Miles calls his bluff and accepts the position.

Budd assigns Miles to work for Ali Egan (the always great Michaela Watkins), a notorious destroyer of assistants who is constantly on the phone with her mother. And for an added layer of scrutiny, Budd plants a mole at the desk next to Miles’, which happens to be directly under a security camera. But Miles has even bigger fish to fry back at the halfway house, where some of his fellow residents have decided to target him.

As for Rick, he finds paradise with Amara, laying half-naked in bed eating tropical fruits and drinking wine under a thatched roof. It is an idyll with a very short half-life; suffice to say, Rick’s only hope for making his marriage last is to immortalize it in film.

New episodes of Get Shorty air at 10pm ET Sundays at on EPIX; You can also watch the 1995 hit film of the same name starring John Travolta on-demand via EPIX.