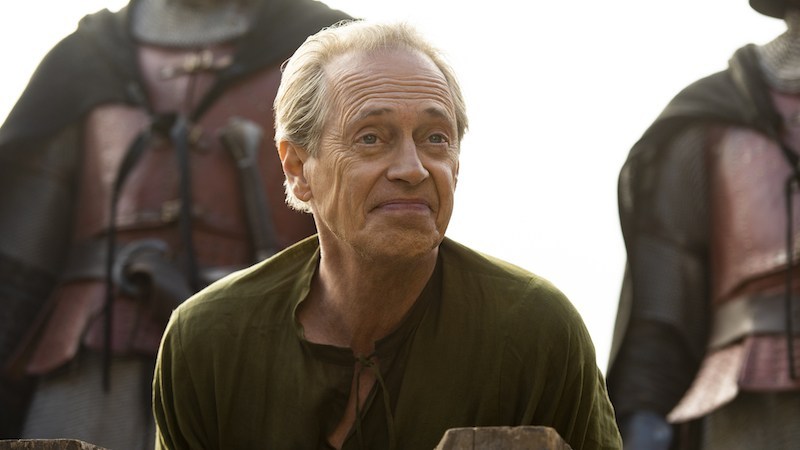 The dark ages must have smelled horribly. Between the public executions, the lack of sanitation, and general ambivalence toward hygiene, it was undoubtedly one of the grossest times to be alive.

The characters in the new TBS comedy Miracle Workers: Dark Ages are certainly disillusioned about the world they find themselves in. “Do you ever feel like we’re living during a particularly bad period in history?” asks Alexandra Sh*tshoveler in the opening moments of the season. Seconds later, a decapitation splatters the crowd in blood, providing a deadly “affirmative” to her query (another clue: her last name).

If this type of dark irony is your comedy jam, the second season of Miracle Workers will be right in your wheelhouse. Headlined by Daniel Radcliffe and Steve Buscemi, the show’s first season imagined Heaven as a giant corporation in which the office lackeys (Radcliffe, Geraldine Viswanathan, and Karan Soni) had to prevent Earth from being destroyed by a bored and incompetent God (Buscemi). Playful in its blasphemy, there was a sweet center to the show, its tone more whacky than biting.

Miracle Workers: Dark Ages finds the same cast returning to tell an entirely different story. Rather than the Almighty, Buscemi plays the father of the aforementioned Sh*tshoveler, a man who is cheerful about his profession and eager to teach his education-hungry daughter (Viswanathan) the family trade. As a soft, sensitive prince who’s reaped the spoils of his father’s bloody victories on the battlefield, Radcliffe is similarly disillusioned with his predetermined path. After a chance encounter, both Price Chauncley and Alexandra begin to dream of stepping out from the shadows of their families.

The show’s first season was based on the novel What In God’s Name by series creator Simon Rich, and its countdown clock framework added a propulsive momentum to the seven half-hour episodes. Season two of the show has no such device, and its premiere episode leaves the story fairly open-ended. Still, there are more than a few laugh-out-loud moments, like when Alexandra tries out a new-fangled thing called school, where she learns, “The earth is flat, the devil is real, and the sun is crazy. And that is everything we know.”

While the setting and story may be completely different, the second season of Miracle Workers feels tonally similar to its predecessor in the style of its humor. Better still, the cast is once again committed to the material; Radcliffe is proving exceptional at playing sweaty, overwhelmed characters, while Buscemi exudes a dry detachment and sweet temperament. Unlike the era it portrays, Miracle Workers: Dark Ages doesn’t stink.