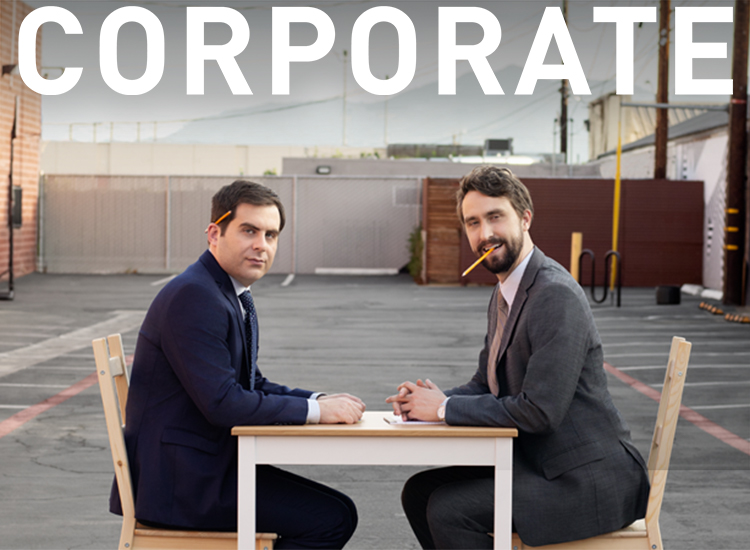 If you have an office job in a large corporation, there’s a decent chance that you’ve spent the past several months working from home. This presents its own set of challenges, especially for parents, and now that the novelty of wearing jammies to work has worn off, there’s a good chance you’re eager to return to the predictability and comfort of your cubicle.

The third (and final) season of Corporate — which airs Wednesdays at 10:30pm ET on Comedy Central — is here to remind you of what you’re not missing out on.

The darkly hilarious show centers on the professional lives of a trio of office drones — Matt (Ingebretson) and Jake (Weisman), who co-created the show with Pat Bishop, along with HR rep Grace (Aparna Nancherla) — working for Hampton DeVille, a large GE-esque multinational corporation with a business portfolio that includes everything from household appliances to their own TV network, BNN. The cast also includes Lance Reddick as their maniacal CEO Christian DeVille and Adam Lustick and Anne Dudek as his butt-kissing, buck-passing executive underlings.

If The Office was ultimately a warm, humane show about the way our goofy coworkers slowly become family, Corporate is an arch and cynical exploration of the soul crushing power of major conglomerates. The show’s season 2 finale saw Hampton DeVille’s stock plummeting because society didn’t collapse, which should give you an idea about its overall tone.

Given recent events, Corporate’s trenchant style risks feeling less like exaggerated parody than incisive commentary, but don’t worry, it’s still funny as hell. Ingebretson and Weisman have a great dynamic; Matt’s optimism and compliance contrasts wonderfully with Jake’s weariness and skepticism. And Nancherla brings a pragmatic quality to Grace, whose position in HR allows her to observe the absurdity from afar.

Given that they’ve already announced that this will be the show’s final season, Corporate has the opportunity to explore even darker themes in its third season. And while the corporate culture it satirizes might feel a little too familiar to some of us, it’s nevertheless instructive: Sometimes, all you can do is have a good laugh.

The third season of Corporate airs Wednesdays at 10:30pm ET on Comedy Central. Catch up on past episodes, and watch new ones the next day, with Sling On Demand.