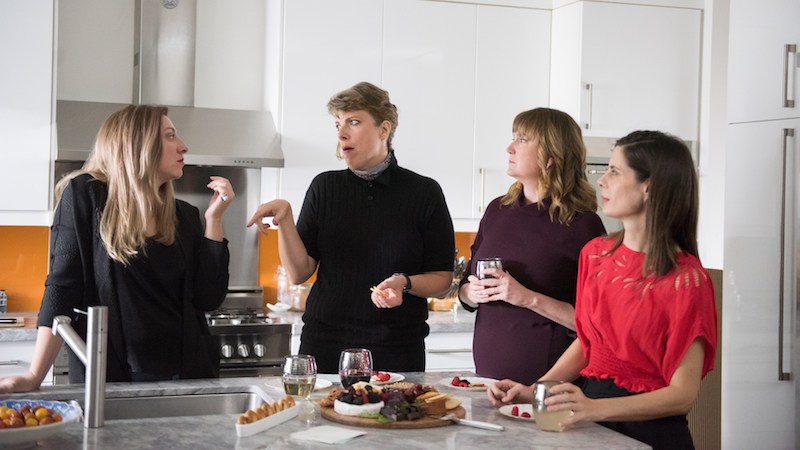 Baroness von Sketch Show has won the Canadian Screen Award for Best Sketch Comedy Program or Series in each of its first three seasons. Your average American may wonder how much weight that really carries, given that the only other Canadian sketch show they’ve likely heard of, The Kids in the Hall, ended in the ’90s. But Baroness von Sketch Show is legitimately funny — even by the standards of an American chauvinist.

The show stars Carolyn Taylor, Aurora Browne, and Jennifer Whalen, all of whom are alumnae of Second City in Toronto, the same troupe that has produced the likes of Dan Aykroyd, Del Close, John Candy, Robin Duke, Eugene Levy, Catherine O’Hara, and Mike Myers. Rounding out the Baroness foursome is Meredith MacNeill, who befriended Taylor when worked together on the Canadian political comedy show This Hour Has 22 Minutes (alma mater of Nathan For You‘s Nathan Fielder).

Like any sketch show, Baroness has hits and misses, but definitely more of the former. And they wisely leverage their format by occasionally doing a sketch that runs only a minute or so long, rather than feeling the need to stretch a one-off idea into a 3-and-a-half minute slog, a trap that live sketch shows like SNL often bump up against.

MacNeill is the standout performer of the Season 4 premiere, “Humanity Is in an Awkward Stage,” thanks largely to her solo performance in the funniest sketch of the lot, in which she plays a middle-aged woman who has recently made her first foray into online dating.

While exchanging texts with a man with whom she recently had a date, MacNeill is confronted by perhaps the two most terrifying words in the English language: Send nudes? What follows is a one-minute, 45-second montage of contortions and costume changes so absurd and tragic that at one point as she peers down at her whipped cream-covered nether regions, she shakes her head and whispers “I’m smarter than this.”

MacNeill clearly has an affection for photography — or maybe she was recently gifted a camera — because there are two other sketches in which she fails again and again to get the shot she wants, in both cases Jennifer Whalen is her impossibly patient subject. In one she repeatedly exhorts a stone-faced goth to stop smiling for her passport, it’s a classic “I’m gonna make this joke until you laugh” bit.

In the other, she runs into a friend who looks particularly good that day, inspiring MacNeill to insist they update her friend’s social media profile pic. What ensues is an interminable quest for a high enough angle to hide her double chin — “It’s not you, it’s over 40. You just need a better angle.”

Much of what works best on Baroness is thanks to the perspective these performers as women of a certain age, because, frankly, there’s not a mountain of talent from that demo making comedy, particularly in the writer’s room.

We like to drop in a clip or trailer , but the very best of Baroness features a bit of profanity. Not, like, a lot, but some. The powers that be like to keep this blog profanity-free and it seems unfair to showcase what is likely not their best work, so you’ll have to take just take our word for it and give it a spin.