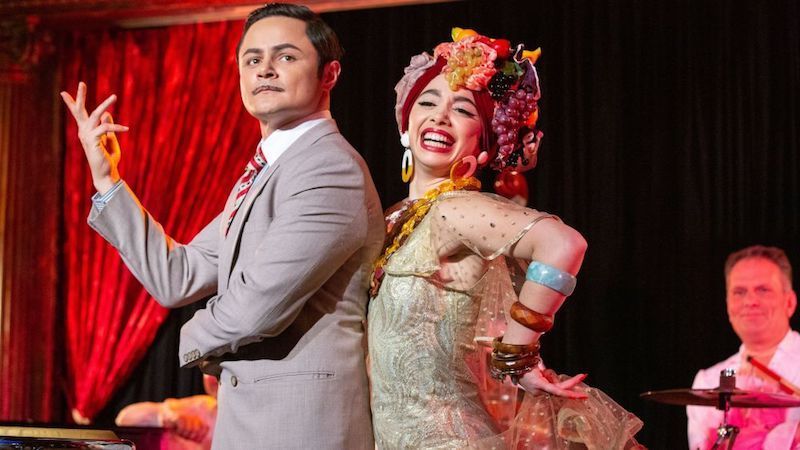 Comedy Central’s track record with sketch comedy shows is practically unrivaled. From the hall-of-fame Chappelle’s Show to the dynamic duo of Key & Peele, to the more recent Inside Amy Schumer and Kroll Show, the formula seems to be foolproof. But a Latino perspective hasn’t been in the space since Mind of Mencia went off the air more than a decade ago. Alternatino, from program creator and star Arturo Castro, is here to change that. In our current political conversation (or lack thereof), this show seems all the more important and timely.

While both Mencia and Castro are originally from Central America — Honduras and Guatemala, respectively — that background and perspective is where the similarity between their shows ends. The sketches on Alternatino deconstruct Latino stereotypes and encourages a more unified perspective — something Mencia nodded to in his standup, but very rarely in his sketches.

Castro scores his biggest laughs focusing on his perspective as a millennial Latino living in America. Whether it’s making fun of the stereotypically melodramatic Telemundo telenovela or being vegan and taking the Lord’s name in vain around his Hispanic family, getting into Castro’s world — and taking aim at the quirks of whitebread American culture — is where Alternatino shines. Making sport of lame TV like House Hunters is well-charted territory, but his tourism sales pitch suggesting white people skip Costa Rica in favor of Guatemala (because they have the same offerings, more or less) is both impactful and amusing.

Though it’s certainly not what you’d call “nonpolitical,” so far, Alternatino hasn’t strayed into the very common TV comedy practice of bashing any particular politician or administration. It might be better off for it too. It seems like low hanging fruit and a well covered topic. Instead, the show cleverly plays on criticisms and stereotypes of the Latino culture, revealing them to be baseless and absurd and creating fun and relatable sketch comedy — whether you are Hispanic or not.

If you’ve only seen Castro as a drug kingpin’s son in Narcos, it’s impressive to see how much range he exhibits here back on Comedy Central as he plays many different roles. If you’ve seen the network’s Broad City, Castro looks right at home feeding off seamlessly from his role as the excellent Jaimé. The vast diversity in his characters serves both comedic and some dramatic tones of the show. Don’t expect a drug-deal-gone-bad-level drama but Castro has serious range to pull off many characters at the center of these sketches.

Comedy Central has made sure we have something to bridge our summer gap to the Fall premieres with the always funny Drunk History and now yet another strong sketch offering in Alternatino.