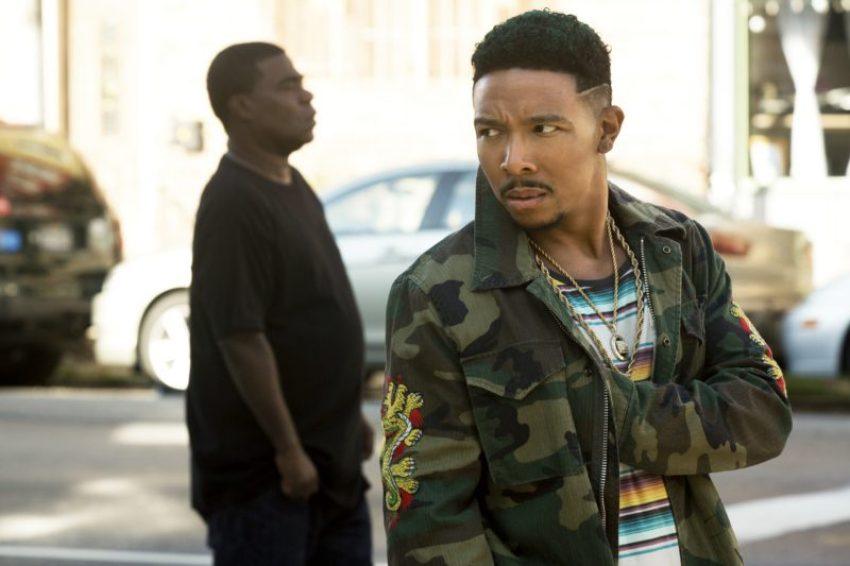 You may know Allen Maldonado from his more dramatic work, like Straight Outta Compton, The Equalizer or, if you go way back, The Young and The Restless. But, it wasn’t until recently he’s stepped out of that harsh light of drama and into the warm glow of comedy — a fact that is hard to believe after watching him as Cousin Bobby in TBS’ new original series from Academy Award winner Jordan Peele, The Last O.G.

Maldonado’s Cousin Bobby spends most of his time chasing the heels of Tracy Morgan’s Tray but that’s not an accurate depiction of how Maldonado’s performance compares to Morgan’s. Like Tray, Cousin Bobby has a certain lovable optimism about him with quick glimmers of sadness you only see in passing moments that give him a depth and complexity a lot of half-hour comedies skim over.

Despite what the trailers have made you believe about The Last O.G., it’s a comedy weighted with enough drama to sink the hook just low enough for audiences to bite down for the ride. Maldonado put it best when he describes this show with one word: Family.

I feel like the trailer for The Last O.G. showcases this show as focusing mostly on Tracy Morgan’s character, Tray, adjusting to hipster Brooklyn after doing 15 years in prison but, actually, while that is the driving force, The Last O.G. is about more than that.

The true heart of the show is about second chances. It’s about an individual who has been released out of prison and discovers a whole new world and a whole new family, and he’s trying to find himself in this new environment and this new situations.

What was it about this show and your character, Cousin Bobby, made you want to be a part of it?

You spend a lot of time with Tracy, a lot of your scenes are with him. Talk about what it was like shooting with him.

It’s incredible! You’ve got to always be sharp, always be ready. Our chemistry is great, it was instant. It was instant on the day we met that we just gelled and were able to bounce off each other’s energy so great. Every day on set it was loose and it was fun; any room he stepped into he always had music playing, so he kind of set the tone for a great laid back and comfortable setting. He’s extremely easy to work with.

There’s some other big-name comedians in this show, like Tiffany Haddish and Cedric The Entertainer, talk about what it was like with everyone together on-set.

It’s a fun time. You get all these comedians together and all you get is laughter, people cracking jokes, people finding funny things within the environment and the people. It was just a good time.

Was there a lot of improv that went on or did you guys mostly stick to the script?

We kept it loose. Every time we were on-set and the scene would be over, we would definitely add our improv and if we felt we could put spin on a joke or said a hoke more than two or three times and wanted to change it up, we definitely had room to improv since Jordan Peele comes from the skit world, so he allowed us a lot of freedom.

Talk a little more about your character, Cousin Bobby, what was the most interesting part about playing him?

What was that like for you, finding the subtle differences and similarities between Bobby and his brother?

It was unique. One is extremely goofy and always wearing a smile while the other is intimidating and a little menacing, he’s violent. It was definitely a change in energy from the acting perspective but it was fun being able to stretch my acting ability since early on in my career I did nothing but dramatic work. It’s only been recently that people have allowed me to do comedy, so ti was a great blend of being dramatic but funny at the same time.

He really thinks Tracy’s character, Tray, hung the moon. Why is that?

I think it’s because he was kind of left by himself. His brother died and he was yearning for leadership and all he knew is his brother looked up to Tray, so it made it easy for him to idolize and envision this person leading the way. When he’s freed from prison, it allowed him to live this fantasy of the relationship his brother had with Tray.

How would you describe The Last O.G. in one word?

This interview has been edited and condensed.