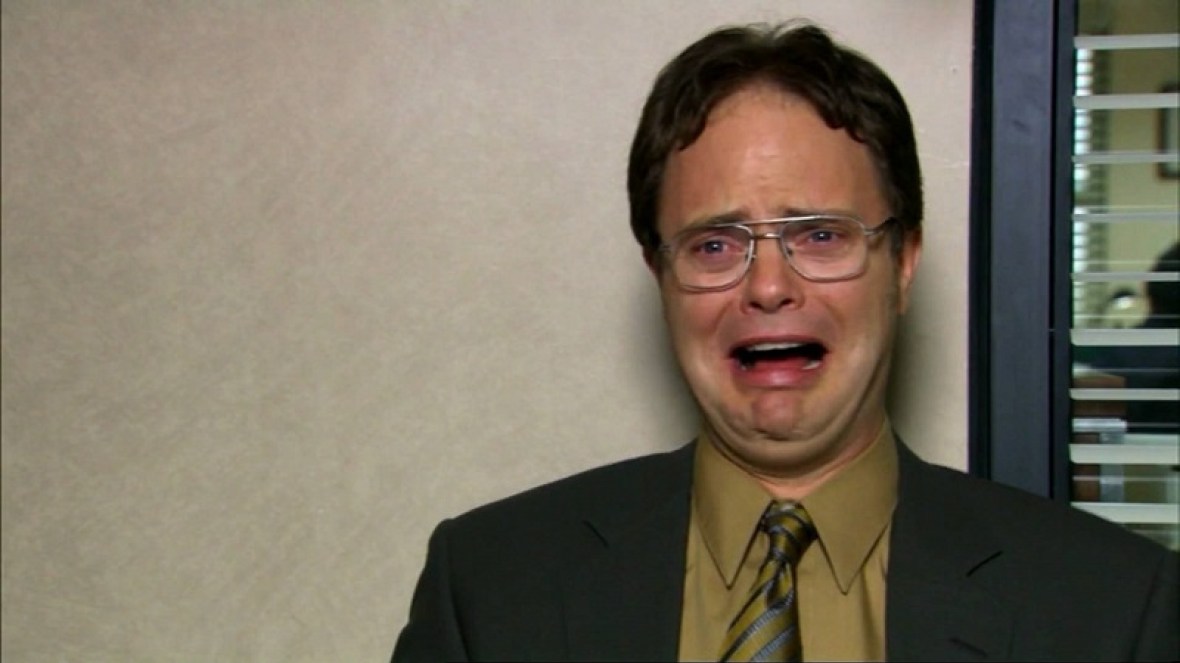 Sure, we’re skeptical about the revival of one of TV’s most beloved comedies. And, yes, we agree, no one will ever be quite as good as Steve Carell playing the awkwardly clueless but oh so loveable Michael Scott. But, we have some ideas of a new boss that would bookmark the new chapter of The Office while still completing the dysfunctional work family as best they can.

Thanks to his glorious comedic work in Bridesmaids and The Unbreakable Kimmy Schmidt, Jon Hamm was one of the first to come to mind to step in at Dunder Mifflin.

Though he’s known mostly as a dramatic actor, I wouldn’t rule out out Michael Shannon. He’s dipped into comedy here and there with guest appearance in At Home with Amy Sedaris and a dramatic reading of a horrible, NSFW letter a sorority president wrote to her fellow sisters, but his tough demeanor makes him the perfect candidate to polarize the rest of the cast as well as the empty seat Steve Carell has left behind.

And, speaking of Amy Sedaris.

Few are weirder than Amy Sedaris, and that’s definitely a compliment. Despite being around for years, somehow Amy Sedaris is overlooked as one of the great comedic actors. That is, until her new show At Home with Amy Sedaris launched this year on truTV. Her take on a Martha Stewart-like show mixed with her bizarre sense of humor shows the kind of unique spices she could bring to the table while keeping things professional-looking in the workplace.

Sam Richardson is a godsend and it’s truly upsetting the world hasn’t full realized how truly glorious his talents are yet. I first became aware of Sam Richardson when he joined HBO’s Veep during its third season as Richard Splett. The introduction of Mr. Splett gave the show a dynamic you didn’t really notice was missing but has become so vital you can’t image Richard Splett not being a part of the dysfunctional office of Selena Meyer (Julia Louis-Dreyfus). Richardson has the ability to bring the same big-hearted awkwardness Steve Carell brought to Michael Scott but with a dash more of nativity. If you haven’t been blessed by knowing who Sam Richardson / Richard Splett is, please watch some of Richard Splett’s best moments on YouTube, or bingewatch Veep on HBO over the holidays.

There’s little explanation needed for why Kristen Wiig would be an excellent choice as the new boss at Dunder Mifflin. From her time on SNL to Bridesmaids to co-starring in Darren Aronofsky’s latest controversial film Mother!, Wiig has proven time and again she can handle the weight of carrying a show to success.

If they had to shop around internally for a new boss of Dunder Mifflin, Kaling’s Kelly Kapoor would be the perfectly unqualified fit. Plus, nothing would rub Dwight Schrute (Rainn Wilson) raw like seeing someone as unqualified as Kelly take his dream job, except maybe if Jim (John Krasinski) got the role.

Much like Kristen Wiig, we’ve seen Kate McKinnon transform into hysterical people week after week on SNL, and has brought home several awards to prove her value to the show. Though she has yet to have a leading role on a grand scale, this could be her perfect segway into super stardom.

He’s as awkward as they come, and people love him for it. Like Sam Richardson, Michael Cera could bring a similar Michael Scott awkwardness to the show but with his own spin on it. Perhaps they could follow a similar storyline to the internet theory Michael Cera just wandered onto a movie set one day and was too awkward to tell anyone he wasn’t an actor and he just let it get too far and can’t back out now.

Wanda Sykes’ subtle humor is what makes her a prime candidate to wield the World’s Best Boss mug. Besides being hysterical and charming, she’s already proven she can bring the right kind of funny to employee-employer relationships when she guest starred as Abbi’s boss in the most recent season of Broad City.