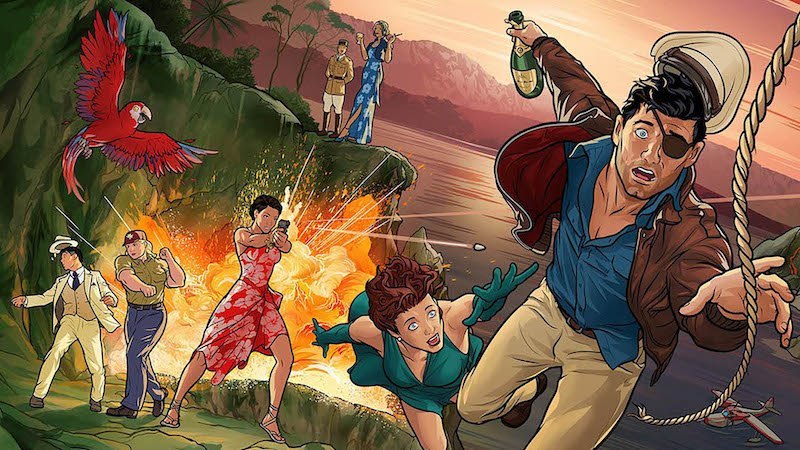 If you’re a fan of FXX’s animated comedy series Archer, here’s everything you need to know before the season nine premiere:

Is there a new season of Archer?

Yep, and you can watch new episodes on-demand every Thursday on FXX starting this week.

Is Danger Island a continuation of Dreamland?

Sort of? But not really? It’s a continuation, in that it plays like a dream sequence, where the characters keep their essential characteristics but have different jobs and relationships to Archer, but it is not a continuation of the Dreamland 1940s crime-noir plot, which wrapped up in the season eight finale.

Much the way Dreamland was a riff on gumshoe detective flicks, Danger Island takes on the same kind of semi-cheesy “B” action movies of the ’40s that inspired Raiders of the Lost Ark.

Are the characters are the same, but different, like last time?

Archer (H. Jon Benjamin) is still a handsome lout with a golden horseshoe stuck up his keister, but now he’s flying an island charter plane with his rough-edged partner, Pam (Amber Nash); Malory (Jessica Walter) owns the local hotel, as well as Archer and Pam’s plane; Lana (Aisha Tyler) is an island princess, trying to help a businessman with a strong resemblance to Cyril (Chris Parnell) named Fuchs (which no one misses the opportunity to mispronounce) bring tourism to the island; Ray (show creator Adam Reed) is now the local French magistrate, Raynaud; Cheryl keeps her Dreamland surname of Vandertunt, but is now a recently jilted New York society lady, abandoned on the island with no money; and Dr. Krieger is a talking parrot named Crackers.

This cast could make a Young Sheldon script funny. There are a lot of great gags subverting the tropes of the adventure genre, including a very funny cliffhanger in the first episode.