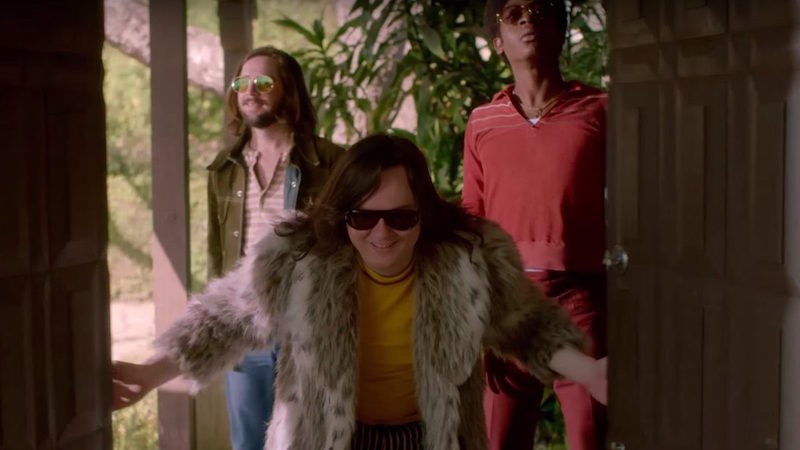 As a lifelong fan of standup comedy and someone who spent quite a bit of time around the alt-comedy scene in 00’s New York, I was particularly interested in last year’s premiere of I’m Dying Up Here, Showtime’s series exec-produced by Jim Carrey and based on William Knoedelseder’s nonfiction book about The Comedy Store in the ‘70s. This is the legendary club that the recently deceased Mitzi Shore ran with an iron fist and that Richard Pryor, Jay Leno, David Letterman, and Richard Lewis called home, so any story built around that place and time would seem to be a layup for a premium series.

Unfortunately, the show made a lot of odd choices in its first season, starting with the decision to fictionalize everything, including the name of the club, its owner, and the comics who worked there. In the show, the club is called Goldie’s, named after its tough, brash owner (played by Melissa Leo), but that’s where the similarities to the source material ended; there is no Letterman analogue, no Leno stand-in, no suspiciously Richard Lewis-esque character. Instead the show invented a totally new set of fictional comics, none of whom seem to be based on anyone in particular.

The result was a very odd mix of tones, a drama about comedians who, on the available evidence, were neither particularly funny nor having much fun. We all know that comics struggle at the start of their careers, but I’m Dying Up Here, from its title on down, forgot to show us why otherwise intelligent people put themselves through all that hardship, the pot of gold at the end of that grimy rainbow the locals call Sunset Boulevard: because, even when you’re broke, even through the inevitable setbacks, comedy is super, super fun.

Season 2 wastes no time correcting the tonal balance from 90%  bummer to roughly half-comedy, half-drama, kicking things off with Ron (Clark Duke, the show’s most natural comedic performer) about to step onto a sitcom set where he’s quickly (and accidentally) become the show’s breakout character, commanding a salary big enough to rent a mansion with a pool and put up fellow comics Eddie (Michael Angarano) and Adam (R.J. Cyler), with enough left over to throw a party for 400 people and fill the Jacuzzi with champagne. We also get a very funny early scene with Bill (Andrew Santino), Nick (Jake Lacy) and Ralph (Erik Griffin) going through the ups and downs of a shoestring regional tour (wisely starting with a couple of ups), and Cassie (Ari Graynor) getting the best of a coked-up radio DJ as she readies for her prime-time TV debut.

The performers were never the problem: Duke, as mentioned, has a very light touch and invigorates every scene he’s in; Angarano is inherently likeable even as the one who nothing’s working out for; Lacy has a lot more fun with his character’s new station — he’s switched from boring heroin to manic coke; Al Madrigal, the only actual comic in the show’s cast, acquits himself the best in his onstage scenes; and in keeping with the overall lightening of the tone, real-life comics fill a lot of the bit roles, putting a more comedic spin on otherwise nothing parts, like Andy Kindler as Ron’s agent, and Dana Gould as an agency executive courting Adam.

That’s not to say everything is suddenly peaches and quaaludes; Leo is her usual brittle self as Goldie considers a buyout offer from the Vegas mob, and seeks the counsel of an old club alumnus (Brad Garrett) who made it big, while Cassie and Eddie wrestle with trying to keep their relationship on equal footing when their careers are decidedly not, and Ralph has an incident with a racist Arizona sheriff that seems to jolt his overall approach to comedy.

Who knows — maybe the show will try and take on the famous Leno-led strike, where comics picketed on the Comedy Story sidewalk to squeeze even a token payment out of Mitzi, or her war with Budd Friedman’s L.A. Improv, or her tendency to date comics and then give them more stage time. But that’s the kind of baby-splitting that got us the neither fish-nor-fowl approach of season 1. Based on the season 2 premiere, I’m Dying Up Here has done the thing that every comedian has to do, too: it figured out its point of view.