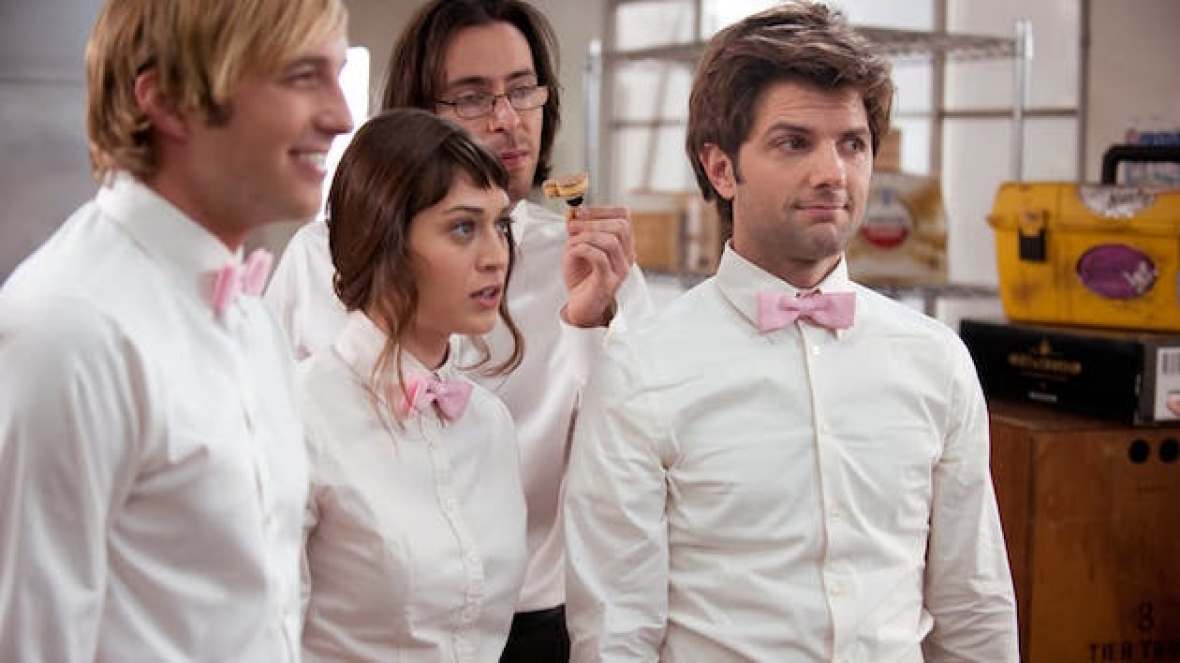 Alex Castle
ENTERTAINMENT, COMEDY
Share this:
In the age of social media and The Voice and our venerable reality-show president, it seems there are more people out there trying to make it in the entertainment world than ever before. And why wouldn’t they? The barriers to expressing creativity keep getting lower and lower, allowing us to make movies with our phones or record an album on our laptop, even as the spoils of success get bigger and bigger – even showrunners are celebrities nowadays. But even as aspiring creatives have an easier time making what they want to make, one bedrock truth of Hollywood (or the world in general) has not changed: it’s not what you know, it’s who you know. You might be able to record a song on your own and release it on the internet, but unless Jimmy Iovine happens to run across it, you’ll continue to toil in frustrated obscurity, no matter how talented you may or may not happen to be.

It only ran for two ten-episode seasons and it wrapped back in 2010, but Rob Thomas’ Party Down remains one of the best comedies of the past ten years, with an acidic wit, a stacked cast, and a foolproof premise: a mismatched group of aspiring creatives – a screenwriter, a comic, a washed-up actress, a hunky wannabe actor, an entrepreneur, and an actor who threw it all away – pay the bills by working as cater-waiters in awful pink bow ties, serving the exact people they’re trying to be. Adam Scott, Lizzy Caplan, Ken Marino, Jane Lynch, Megan Mulally, and Martin Starr – all of whom have gone on to bigger things – are the main cast, fighting humiliation at every turn as they try in vain to get a foot in the door and live the life they can only watch from behind the chafing dishes.

Scott, as actor-turned-catchphrase casualty-turned bartender Henry Pollard, and Caplan, as aspiring comedian-slash-waitress Casey Klein, provide the show’s central relationship, and this is the first area where the show distinguishes itself from the common sitcom. Where a lazier show would start out with Henry and Casey somehow at odds and gradually moving from semi-hostile banter to grudging respect before triumphantly consummating in the season finale, it’s clear from their first scene together that they are intrigued by and attracted to each other, but both keep a respectful distance because a) they’re coworkers and b) Casey is married. Anyone who has ever had the pleasure of a mutual attraction with a coworker will appreciate the performers’ effortless chemistry, which helps to ground everything else around them. (Spoiler alert: the tension, delightful as it is, doesn’t last long, but the complications that follow are equally amusing.) Scott perfected the deadpan slow burn he eventually brought to Parks and Recreation here, struggling to keep his dignity where there is none to be found, while Caplan proves herself just about the best girl-next-door of all time: unshowily beautiful, visibly intelligent, ambitious and insecure in equal measure.

The rest of the cast is just as solid, but in different ways: Starr, as “hard sci-fi” screenwriter Roman, clashes constantly with Ryan Hansen’s shallow prettyboy actor Kyle; Kyle enjoys the mentorship of Lynch’s has-been actress Constance, whose actual accomplishments are not nearly worthy of her constant reminiscing and life lessons; and Marino’s Ron Donald clashes with everybody as the screwup-turned-team leader trying to keep the team on task and turn his life around by persuading Party Down’s owner to invest in his dream of owning an all-you-can-eat salad franchise. Each of these characters is fully formed, and the pilot is a marvel of economical comic writing, setting up each character and his or her relationship to all the others with almost no exposition.

The beauty of the show’s premise is that every episode has a different party and a different setting and a different set of partygoers, which allows for a parade of guest stars including Kristen Bell, JK Simmons, Steven Weber, Ed Begley Jr., Ken Jeong, Marilu Henner, Kevin Hart, and, playing himself in a standout episode, ‘80s A-Lister Steve Guttenberg.

I can’t recommend this show highly enough: I love each and every one of the performers, the writing is tight as a drum, the situations are totally believable and yet uniformly hilarious, and the aching need of all the characters feels authentic enough to make it all affecting. Are we having fun yet?

Watch all 20 episodes of Party Down on-demand on Starz.