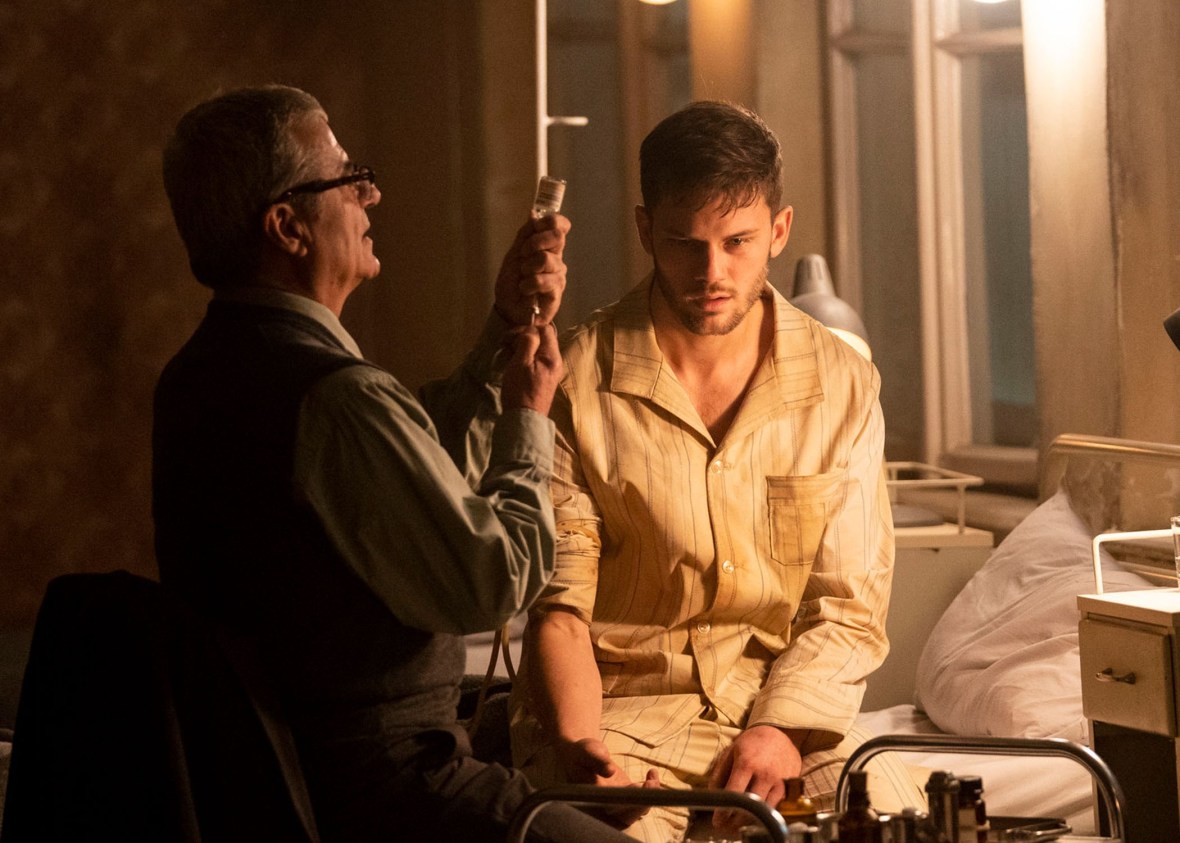 It would be easy enough to dismiss USA Network’s new action series Treadstone out of hand. Does the world really need a Bourne TV spin-off without Jason Bourne? Especially given how the franchise had lost so much of its luster? If these questions crossed your mind, we have exciting news — Treadstone is actually pretty good.

Treadstone, you may recall, was the name of the top secret CIA program that produced special agents with such deep cover that they themselves didn’t realize they were agents until they were activated, which has to be a pretty jarring experience. Treadstone is essentially the origin story of Jason Bourne’s origin story.

The cast is mostly an assemblage of very attractive nobodies, with the exception of Homicide veteran Michelle Forbes, who is perfectly cast in the Joan Allen-esuqe role as the grizzled CIA chief who can’t believe this is happening AGAIN!

The premiere episode of Treadstone opens in a “medical” facility somewhere in Berlin in 1973. In what is clearly the early days of the program, a young man is drugged by the doctor in charge of modifying his behavior. Without giving too much away, things go sideways.

Once the show flashes forward to the present, the story starts globetrotting: to England where a North Korean general requests an audience with a cab driver whose career as a journalist was ruined when she refused to give up on a story about a nuclear missile in the hands of a rogue arms dealer; to Alaska, where a young man goes to shore to drink away his sorrows after losing his job on an oil rig, only to find himself in an epic bar fight; and to North Korea, where a piano teacher makes a startling discovery inside one of her son’s toys.

Are there some shortcomings? Sure, but they’re almost entirely the same as those plaguing most movies and TV shows in the genre we’ll call NASA: Newly Awakened Sleeper Agent. For starters, the thing that activates them is a bit of pop culture puffery that is so common it seems impossible that this is the first time these NASA’s have been exposed to it. This problem goes at least as far back as Frank Sinatra’s The Manchurian Candidate, in which our hero is set into action by playing solitaire — as if a deck of playing cards is a rare and exotic item.

Then there’s the matter of these people living rather humdrum lives before suddenly displaying a combination of strength, agility, fighting prowess and courage typically reserved for superheroes. You gotta maintain, man, you can’t just go from 0 to 60 in the blink of an eye. Remember Steven Seagal in Hard to Kill? Not technically a NASA, but dude was in a coma for seven years and then hops out of bed and beats the snot out of everyone in sight? Had the writers never heard of “atrophy”?

Still, these are minor quibbles that action fans have been overlooking for decades. Ultimately, Treadstone delivers the kinetic, quick-cut fight scenes that the Bourne franchise helped popularize, along with an engaging cast, plenty of intrigue and mystery, and the highest stakes imaginable. Unlike the show’s characters, you son’t soon forget it.