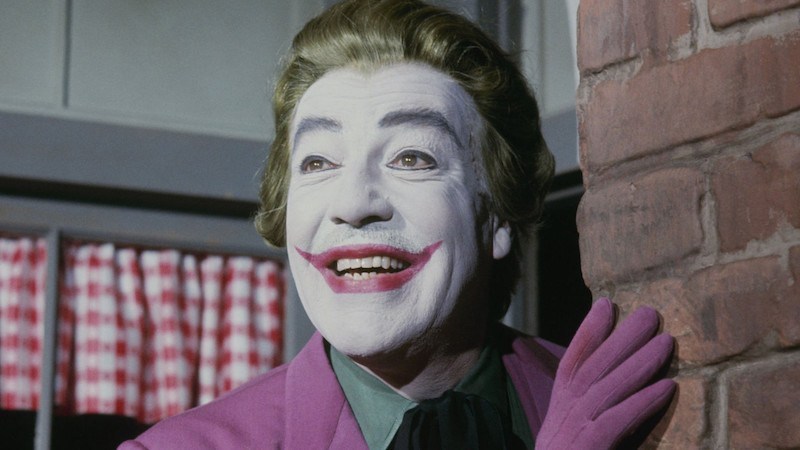 Joker, the Batman spin-off movie starring Joaquin Phoenix, was celebrated with an 8-minute standing ovation following its world premiere at the Venice Film Festival and is already drowning in Oscar buzz. Not a bad showing for one of the all-time great villains in his first endeavor at center stage with the film’s release on Friday, October 4.

Of course, the Joker owes it all to Batman, without whom he wouldn’t exist — as Joker once explained to the Caped Crusader, “I don’t hate you ’cause I’m crazy… I’m crazy ’cause I hate you.” As we turn our attention to the Joker, let us not forget from whence he came…

Batman the series
Marathon on IFC starts 6am ET
That’s right, we’ve got a bunch of the original episode that ran from 1966 to 1968 and starred Adam West and Burt Ward as the dynamic duo. The heroes may have been nobodies, but the villains were all stars of various degrees of fame, from Cesar Romero as The Joker to stand-up comedian Frank Gorshin as The Riddler to Burgess Meredith as The Penguin. And of course there were the three women who played Catwoman: 1955 Miss America Lee Merriwether, legendary chanteuse Eartha Kitt and personal favorite Julie Newmar.

Batman Begins
On-demand from TNT
The film that kicked off the superhero movie boom, Christopher Nolan’s retelling of Batman’s origin story stars Christian Bale in the title role. Bruce Wayne travels the world in search of meaning following the death of his parents finding a mentor in the Himalayas, before going home to clean up Gotham while simultaneously adopting as a cover his playboy image. Once back home, he finds a city strangled by corruption and uncovers a plot to poison the water supply. In addition to Bale, the incredible cast features Michael Caine, Liam Neeson, Katie Holmes, Gary Oldman, Cillian Murphy, Tom Wilkinson, Rutger Hauer, Ken Watanabe, and Morgan Freeman.

Batman vs Superman: Dawn of Justice
On-demand on TNT
Zack Snyder’s take on the showdown between two of our greatest heroes has proven wildly divisive, with some dismissing it as a mess and others declaring that the director’s cut is a true gem. One thing we can all agree on is that the best thing to come out of the film was Gal Gadot as Wonder Woman. At the crux of the dispute is an age-old philosophical difference about the responsibilities of supreme power, with Batman (Ben Affleck) wanting to take the fight to the enemy and Superman (Henry Cavill) preferring to play defense — so instead they fight each other. Of course it’s all the fault of Lex Luthor (Jesse Eisenberg).

The LEGO Batman Movie
7pm ET Monday, Oct. 14, Cartoon Network/Adult Swim
Will Arnett reprises his very funny take on the Caped Crusader from The LEGO Movie, as he takes in a precocious orphan (Michael Cera) who — HUGE SPOILER ALERT — learns to fight by his side as Robin. The Joker is here played by a manic Zach Galifianakis, while Ralph Fiennes takes on Alfred.