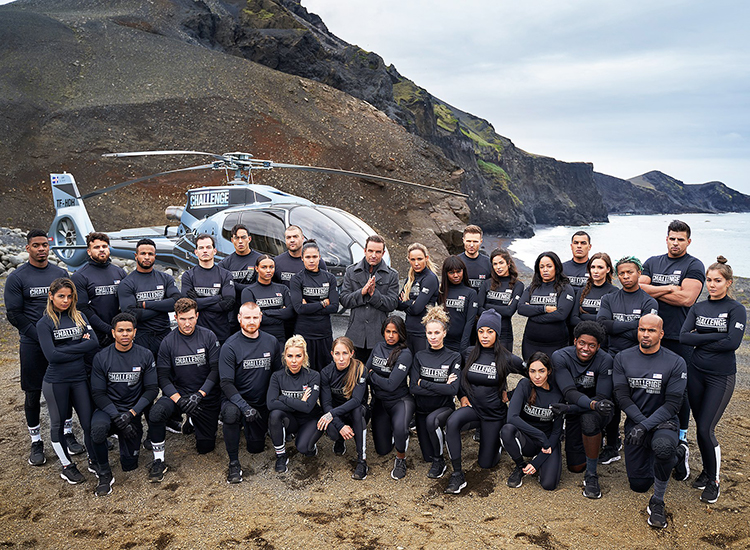 MTV’s The Challenge returns tonight. The reality-style competition has been a staple of MTV since the late 1990s, and it’s now on its 36th iteration. As always, returning competitors clash with optimistic new players, all of whom are former reality shows contestants. The Challenge: Double Agents was filmed in Reykjavik, Iceland during the COVID-19 pandemic, so there are sure to be some shake ups to go with the showdowns this season. Here are three things to watch for.

Anyone familiar with The Challenge knows each season follows a specific theme. From the early days of Inferno and Gauntlet to newer ones like last season’s Total Madness, the game and rules change every season. There aren't a lot of details yet about the Double Agents theme, but we do know players will compete in pairs. MTV is obviously branding it as spy-thriller inspired, so be prepare for some 007-like showdowns. Contestants like Aneesa Ferreria have said it’s very much a psychological game, so we can expect to see plenty of mind f-ery and emotional battles.

20 veterans will compete with 10 rookies this season. Most years, a rookie has made it to the finale, so probability tells us it may happen again. Who are these rookies you ask? For the first time, they’re adding contestants of shows beyond the MTV family, including big names like Olympian Lolo Jones (who was on Celebrity Big Brother 2) and Natalie Anderson (who won the 29th season of Survivor). Seasoned veteran Tori Deal (from Are You the One?) has competed on multiple Challenges, but says it was nerve-wracking to be up against some serious athletes like Jones and Anderson, even if they were new to the game.

This Season Could Reshape The Show Forever

Double Agents was filmed during the COVID-19 pandemic, so numerous protocols were put in place to keep contestants and crew safe, including a mandatory quarantine upon arrival in Iceland. After everyone was cleared, the games began and additional measures were taken to ensure continued safety. One of the best parts about the show are the non-competitive moments when players drink, party, and mingle (then vent about their frustrations and drama). Wes Bergmann, a veteran player, confirmed this will continue, with heightened security that he believes could shape how the game is filmed in the future.

Watch the season premiere of The Challenge: Double Agents on MTV tonight at 8pm ET. Follow the link below to subscribe to Sling’s Comedy Extra ($5/month) to start watching!

get mtv on sling
caret