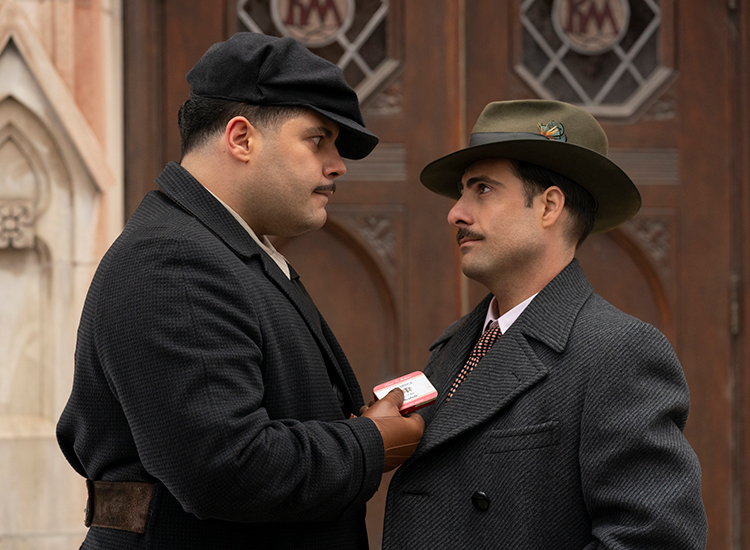 With the Fall TV season getting underway, we’re spotlighting some of the most popular networks available on Sling. First up is FX, which is available to all Sling Blue subscribers.

What’s it about?: “In 1950 Kansas City, the fourth installment of Fargo centers on two criminal syndicates who are fighting for a piece of the American dream and have struck an uneasy peace. Together, they control an alternate economy of exploitation, graft and drugs. To cement their truce, Loy Cannon (Chris Rock), the head of the African American crime family, trades his youngest son Satchel (Rodney Jones), to his enemy Donatello Fadda (Tomasso Ragno), the head of the Italian mafia. In return, Donatello surrenders his youngest son Zero (Jameson Braccioforte) to Loy.

After years of producing award-winning scripted series, FX has been dipping its toes in the world of documentary filmmaking as of late. In addition to the monthly series The New York Times Presents, FX is debuting the new five-part docuseries A Wilderness of Error tonight. Based on one of the most infamous true crime cases of the ‘70s, A Wilderness of Error reexamines the case of Jeffrey MacDonald, an Army surgeon who was sent to prison for killing his pregnant wife and two daughters.
Check out our full review here

What Else is Coming Up?

“Black Narcissus is based on the best-selling novel by Rumer Godden. Mopu, Himalayas, 1934. A remote clifftop palace once known as the ‘House of Women’ holds many dark secrets. When the young nuns of St. Faith attempt to establish a mission there, its haunting mysteries awaken forbidden desires that seem destined to repeat a terrible tragedy.

During the latter years of British rule in India, ambitious young nun Sister Clodagh heads a mission to a remote part of the Himalayas. The palace of Mopu has been donated by General Toda Rai, who hopes the Sisters of St. Faith will rid the ‘House of Women’ of unhappy memories connected to his late sister, Srimati. Although Clodagh ignores the warnings of the General’s raffish agent Mr. Dean, isolation and illness soon take their toll, with the haunting atmosphere of the palace particularly affecting volatile Sister Ruth. As past and present collide, the arrival of the young General Dilip Rai is the catalyst for an explosion of repressed desires that may end in a fatal confrontation.” - FX

Get FX with sling blue
caret