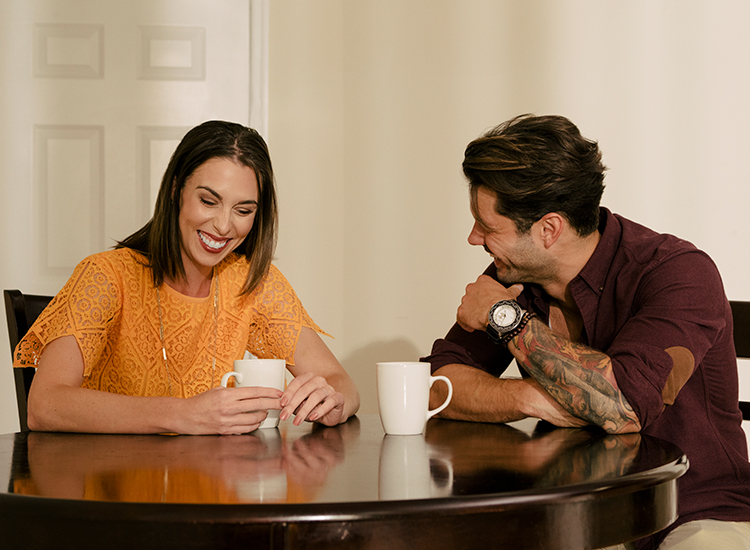 DVR Digest is a weekly column that highlights 10 hours of programming SLING subscribers can record to fill up their complimentary Cloud DVR Free service. Check out this week’s best picks below.

Mon. July 13, 10pm ET
E!
“Based on the groundbreaking U.K. series of the same name, the one-on-one conversations in Celebrity Call Center will reveal an exclusive peek behind the celebrity curtain as they tap into their personal experiences and funny anecdotes to help callers through any situation they find themselves in. These include Alyssa Milano advising someone on the right time to have a baby to Dorinda Medley commanding her caller 'stop that bologna!' In addition to these stars, expect for Celebrity Call Center to feature Brie and Nikki Bella, Kandi Burruss and Todd Tucker, Mikey Day, Vivica A. Fox, Nene Leakes, Loni Love, Kelly Osbourne, Shangela and more.” - E!

Hot Ones: The Game Show

Tues. July 14, 10pm ET
truTV
“This hilarious half-hour game show is based on the hugely popular Hot Ones web series created by Complex Networks’ First We Feast. In each episode of Hot Ones: The Game Show, host Sean Evans welcomes fans into the 'Pepperdome' to compete against one another by answering trivia questions and eating increasing mouth-scorching hot wings for $25,000 and the chance to become Hot Ones legends.” - truTV

Wed. July 15, 9pm ET
HISTORY
“Forged In Fire, the original competition series hosted by weapons expert and U.S. Army and Air Force veteran Wil Willis, returns as world-class bladesmiths compete to create history’s most iconic edged weapons. In each episode, four of the nation’s finest bladesmiths come together to put their skill and reputations on the line, trying to avoid elimination and win the $10,000 prize. They use sweat, fire, force of will, and a well-equipped forge to turn raw material into authentic, fully functional implements of war. These weapons must stand up to a battery of strength and sharpness tests, as well as the critical assessment of our expert Judges David Baker, Doug Marcaida, and Bladesmiths J. Neilson and Ben Abbott.” - HISTORY

Wed. July 15, 8pm ET
Lifetime
“Married at First Sight heats up the summer in New Orleans for season 11 of the groundbreaking relationship series. Five new couples will take a leap of faith when they walk down the aisle to marry a complete stranger. All 17 episodes are mega sized to 2 hours to capture each couple’s emotional journey as they go from wedding to honeymoon to early nesting to the daily struggles of working on their marriage. After several weeks together, each couple must make a decision: do they remain together or decide to divorce?” - Lifetime

Wed. July 15, 8pm ET
Oxygen
“Snapped: Betty Broderick depicts the shocking details of the heinous murders of Betty’s ex-husband, Dan, and his new wife, Linda, along with the investigation, and trial that led to Betty’s 32-years-to-life sentence. Through in-depth interviews with former detective, Terry Degelder, friends of Dan Broderick, Betty’s attorney Jack Farley, and the author of Forsaking All Others: The Real Betty Broderick Story, Loretta Schwartz-Nobel, the episode delves into the history of Betty and Dan’s relationship and its ultimate demise.” - Oxygen

Thurs. July 16, 8pm ET
NBC (In select markets)
“In a one-time special event featuring all the beloved characters from the original 30 Rock, Liz Lemon and Jack Donaghy reunite the TGS team to help Kenneth Parcell with an advertiser presentation.” - NBC

Conjoined Twins: Inseparable
“When conjoined twins Carmen and Lupita were born, their parents faced an impossible dilemma: surgically separate them even though only one twin might survive or allow them to stay together forever. The twins are two distinct people with separate personalities sharing not only their body but every moment of their young adult lives. Their inspirational story explores the challenges they face every day as they fight for their independence and prepare to tackle college life away from home.” - TLC

“Standing 24-inches tall and weighing just 12 pounds, Jyoti Amge is the smallest woman in the world. And while this 26-year-old may be pint-sized, that hasn’t prevented her from living a super-sized life. Well known for her role on American Horror Story, Jyoti and her family visit the U.S. from India to explore career opportunities and soak up American culture, from bowling to shopping to pizza. But Jyoti is also in America for a far more serious reason: she is hoping to find a doctor to address a debilitating health issue she has endured for years—two broken legs. However, if surgery is her only option, will she be comfortable moving forward, given the potential risks?” - TLC

Fri. July 17, 9pm ET
WEtv
“The explosive docuseries, Love After Lockup, is back for a second season, exploring new shocking and revealing stories of couples who fall in love despite the prison bars between them. Once the bars are gone, will their love survive after lockup on the rocky road to the altar? Will the inmates ditch their mate as they face shocking firsts, fights & family drama! Is it true love or just a con?

From the producers of the hit show 90 Day Fiancé, this season of Love After Lockup will follow six couples, as they share the emotional journey of being united for the first time after years of supervised visits. Last season, two couples were left in limbo as their hopes and dreams were put on hold due to release date complications. This season, their stories continue to unfold along with four new couples who embark on their journey from love behind bars to the marriage at the altar. Season two promises more drama, deception, and surprises!” - WEtv