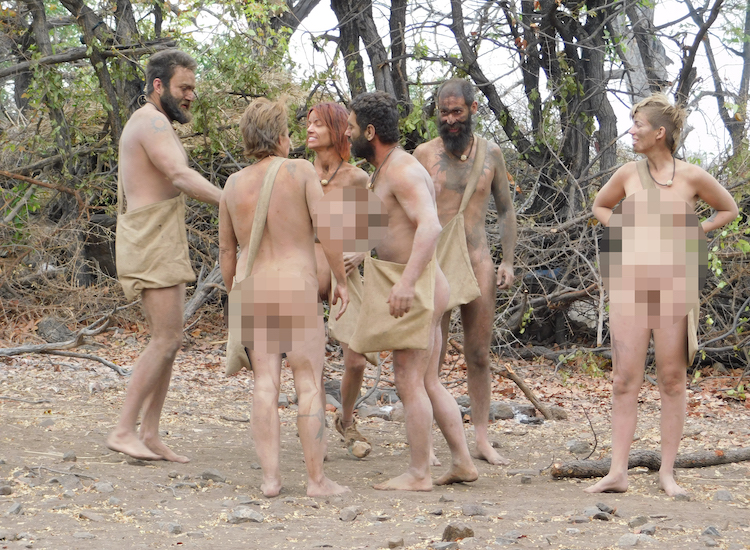 The longtime A&E favorite moves to its new home on FYI for its latest season. As its title suggests, Sell This House! is a home improvement show that focuses on for-sale properties that are struggling to gain traction on the open market. Host Tanya Memme and her team of designers get the house fixed up and re-staged in a matter of days, before bringing back prospective buyers for a second open house. The new season premieres with two episodes back-to-back; episodes from past seasons are now available on Sling On Demand.

Once Upon a Quarantime

Quarantine has been difficult on all of us, but for couples who are on the brink of major milestones like marriage and parenthood, it’s been a particularly distressing time. Lifetime’s new special Once Upon a Quarantime takes a close look at four such couples, two of whom are expecting children, and others dealing with cancelled wedding dates and the stress of separation from their loved ones. As the specialists in such programming, Lifetime will also be premiering the self-shot Married at First Sight spin-off Couple’s Cam Wednesday at 8pm ET.

It’s very possible that you chuckled or rolled your eyes when you heard about the show Ultimate Tag. You might even be doing one or both right now. But friends, I’ve seen Ultimate Tag and let me tell you — it will make you chuckle and roll your eyes, but in a good way.

That’s because, as you can see from “Taggers” like Geek above, Ultimate Tag is as much American Gladiators as American Ninja Warrior. Hosted by NFL brothers J.J., T.J. and Derek Watt, the show balances its absurdity with an entertaining, surprisingly credible competitive spectacle, thanks to the parkour skills of many of the taggers. It may be a little ridiculous, but in a sports-starved world, Ultimate Tag is it.

Man Fire Food is another show with a self-explanitory title. Now beginning its ninth season, the show finds host Roger Mooking traversing the country in search of all the inventive ways people can cook with flames. Not surprisingly, the best BBQ often takes the spotlight, and the season premiere will find Mooking firing up an entire mutton, as well as testing out a 15-foot pit. At home chefs can try out some of the show’s recipes by clicking here.

Turns out that Jerry Seinfeld isn’t the only comedian with a passion for classic cars. But where Comedians in Cars Getting Coffee is less about the cars and more about the conversation, Jay Leno’s Garage emphasizes the automotive angle. The great Norm McDonald — who lives in LA yet has somehow never learned to drive — will appear in the first of the new episodes. Other guests scheduled to appear include Matt LeBlanc, Tim Allen, Fabio, and Elon Musk, who apparently takes Leno for a ride in the buzzed-about Tesla Cybertruck.

Roe v. Wade remains one of the most significant and controversial Supreme Court rulings in American history. But for as much scrutiny as the case itself has received, relatively little has been revealed about Norma McCorvey, the woman who brought the lawsuit. AKA Jane Roe — FX’s first-ever feature documentary — tells the story of McCorvey, a woman whose pseudonymous case changed America’s laws and culture but whose own life was complicated, painful, and full of contradictions.

If you think isolation is difficult even with modern conveniences like the internet and food delivery, Naked and Afraid XL is here to show you what survivalism really looks like. The show will follow 12 contestants who are mauraded for 40-days in the middle of South Africa’s scorching savannah. Those who don’t play well with others will be banished to make it on their own, and with volatile personalities and grueling circumstances, even these battle-tested survivalists will see their limits tested. For those of us who are feeling a little squirrely about life in lockdown, Naked and Afraid XL is an engaging reminder how good we really have it.