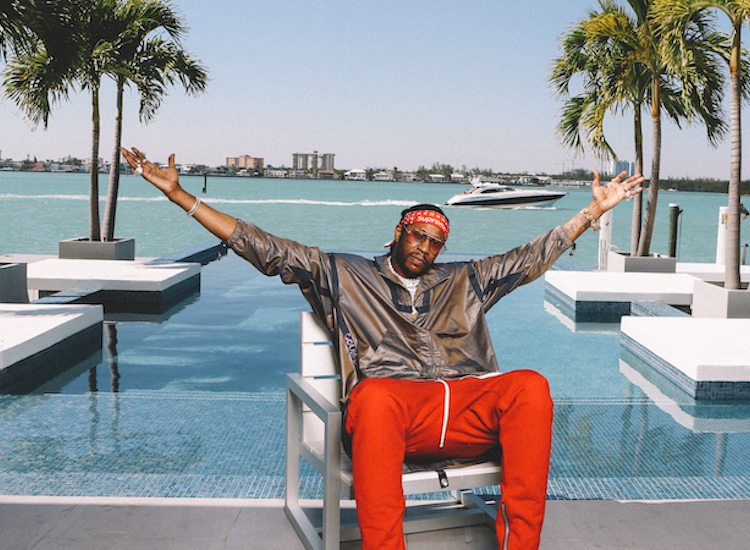 Investigation Discovery’s signature true crime stories get the down south treatment in their new show Southern Gothic. The first two episodes — both of which are available on Sling On Demand — focused on a trio of Texas murders and a shooting in Memphis that rattled the community. Tonight’s episode will take a look at the connection between a murdered Alabama man and the secret hiding in a local baptist church.

Two of hip-hop’s most spirited personalities return to VICE TV this week with new episodes of their shows. First up is Action Bronson in That’s Delicious (as a family-friendly site, we won’t spell out its full title). The season 4 premiere finds the Queens rapper sampling some of his city’s best “all-American” eats alongside friends and frequent co-conspirators Meyhem Lauren, Big Body Bes, and The Alchemist.

After that, Most Expensivest returns with host 2 Chainz. The show is both a tribute to and indictment of conspicuous consumption, with the flossy rapper (and his adorable dog Trappy) indulging in the absurdity of finer things. New episodes kick off with the Chainz family paying a visit to a $35 million home.

Lost Gold of WWII is an interesting mix of World War II history and adventuring akin its fellow HISTORY hit The Curse of Oak Island. The second season of the show finds a new team following leads across the Philippines as they hunt for the gold rumored to have been hidden by Japanese General Tomoyuki Yamashita. Revisit the first season and catch up on the second with Sling On Demand.

Kingdom of the Mummies

Speaking of adventuring, the new four-part National Geographic series Kingdom of the Mummies will feature never-before-seen footage of ancient Egypt’s first known fully intact funeral home. The series follows a multi-national team of Egyptologists and archeologists as they explore the burial rituals of the advanced ancient civilization. The excavation applied the latest technology to tease out all of the secrets of this burial complex, leading to astonishing finds like the first gilded silver mummy mask to be discovered in Egypt since 1939.

Following a special quarantine episode (which you can watch on Sling On Demand), Restaurant: Impossible returns for its most emotional season yet. For those who haven’t seen it, host Robert Irvine takes a struggling restaurant and attempts to turn its fortunes around in a matter of days. This season includes a special 90-minute episode airing on May 28, that finds Irvine returning to Rosie’s Cafe, where he helps the owners fundraise for medical bills incurred by a near fatal car accident.

If you’re the type of person who’s ever weighed the relative pain of a public humiliation against a direct hit to the privates, The Misery Index is here to sort things out. Hosted by Jameela Jamil and featuring the Impractical Jokers crew, it's technically a game show in which points are awarded by quantifying and ranking a variety of terrible experiences. But as we noted in our review when it premiered, The Misery Index is ultimately a forum for very funny people to riff on uncomfortable subjects.

As you may have noticed in this column, quarantine has led to something of a resurgence for culinary programming. Hosted by former NFL player turned celebrity chef Eddie Jackson, Yum and Yummer returns for its second season on May 14 with back-to-back episodes. The opening courses of the season feature Jackson sampling spicy dishes, along with those odd but intriguing flavor combinations known as Frankenfoods.

This longtime Discovery channel hit returns with new episodes for what could be its most intense season yet. Basically The Deadliest Catch with precious metals instead of seafood, Bering Sea Gold follows a variety of crews in Nome, Alaska as they dredge the Bering Sea in search of gold. This season features Mother Nature in a featured role, as the miners must contend first with warm temperatures, then the worst freeze the region has seen in years.

Basketball County: In the Water

With Basketball County: In the Water, Executive Producer Kevin Durant gives you an inside look at his home turf, Prince George’s County, Maryland, which has produced an exceptional number of NBA players (25 since just the year 2000, to be exact). This Showtime documentary will explore the cultural and economic history of the county to uncover why it became such a hotbed for basketball culture. “It’s a piece about community, made by the community, for the community,” director John Beckham told the Washington Post.

Graduate Together: America Honors the High School Class of 2020

ABC News Live and others

We’ve all had to make sacrifices as a result of the coronavirus crisis, but few have had to pay a heavier price than the class of graduating seniors. Instead of celebrating and relishing the final few months of an irreplicable experience, seniors have seen their high school years come to an unceremonious end, literally. The virtual event Graduate Together, which will be broadcast across a variety of networks including ABC News Live, aims to bring a bit of joy and inspiration to those turning their tassels. President Obama, Jonas Brothers, Bad Bunny, Lena Waithe, Pharrell Williams, Megan Rapinoe, and LeBron James, who is also producing the event, are all scheduled to appear. If you know a high school senior who deserves to be honored, click here to find out how you can participate.

Bringing up the caboose on this week’s best shows is TNT’s highly anticipated new series Snowpiercer. The show -- which is based on the 2013 film directed by Oscar-winner Bong Joon Ho, who returns here as a producer -- has been in development since 2015, so fans have been waiting for this particular train to arrive for quite some time. Look for our full preview later in the week.